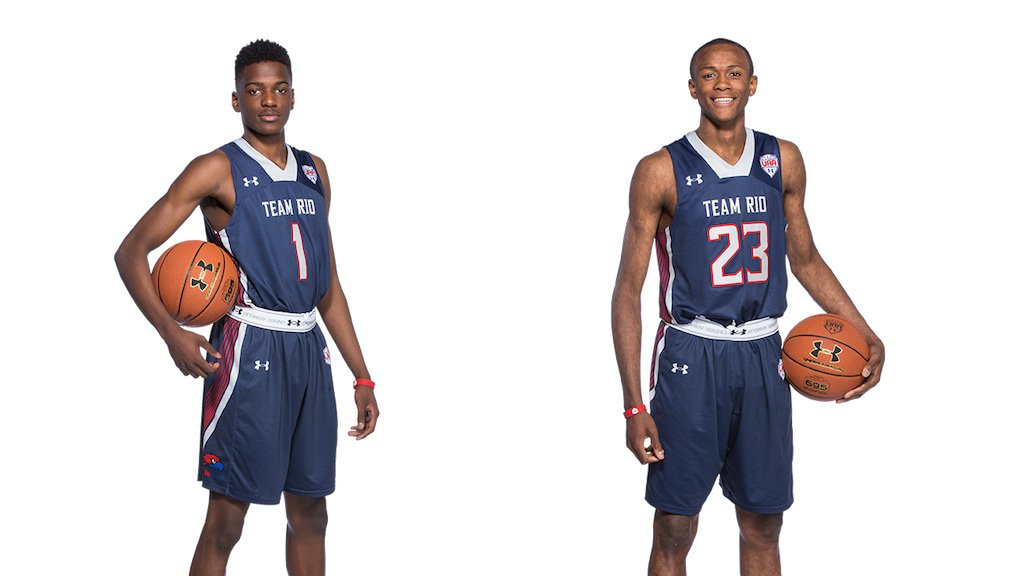 By JACOB POLACHECK Bryan Antoine and Scottie Lewis, the 2019 guard duo from the Ranney (NJ) School, received visits from numerous college coaches on Saturday for an open gym at the Ranney School. Head coaches that visited include Mark Turgeon of Maryland, Chris Mullin of St. John’s, and Jay Wright of Villanova. Assistant coaches include Jordan Fair of Louisville, Fred Hill of Seton Hall, Tim O’Toole of California, and Tony Barbee of Kentucky. Antoine and Lewis spoke with ZAGSBLOG in August about the possibility of attending college together: “Very serious conversation [about attending college together],” the 6-foot-5 Antoine said. “Honestly, it was like 11 o’clock at night, we were at a friend’s house. And it was me, Scottie and a friend, and we were in the room for a good two hours just talking about the options, like the benefits of going to the same school, what would happen if me and him went to the same school. It was a very in-depth serious conversation.” According to 247Sports, Antoine is ranked as the No. 8 overall player in the Class of 2018, while Lewis is ranked No. 6. Both players received Duke offers in July. Follow Jacob on Twitter