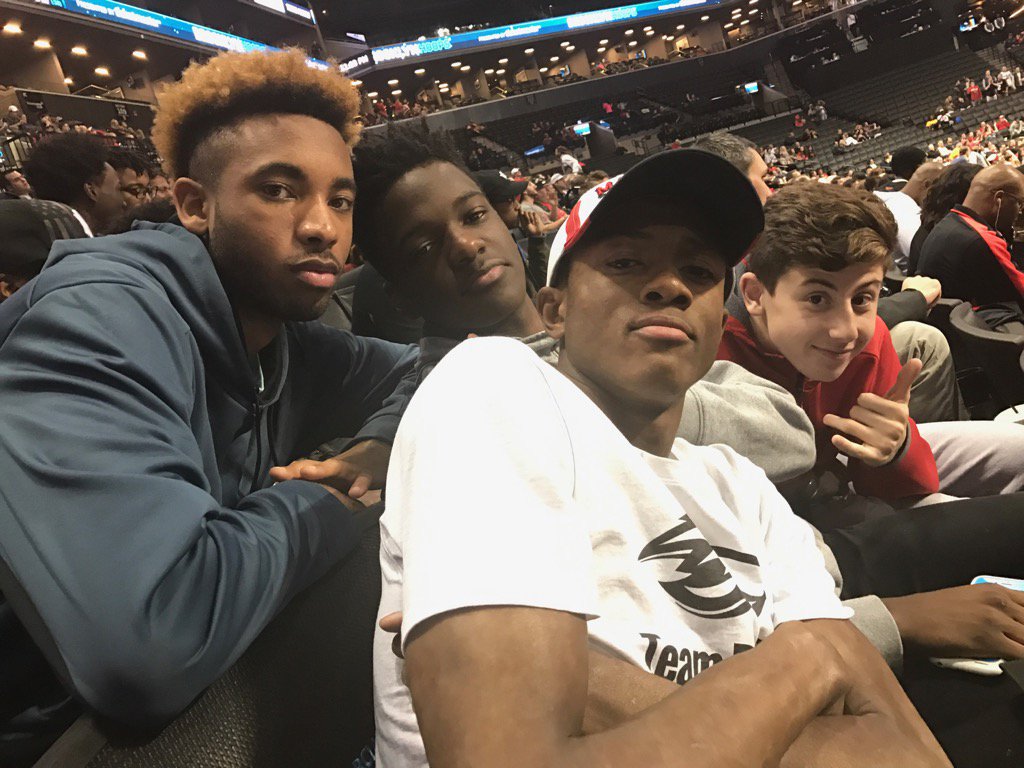 Scottie Lewis and Bryan Antoine now both have scholarship offers from Duke. A few days after offering the 6-foot-4 Antoine, Duke coach Mike Krzyzewski extended a scholarship offer to the 6-5 Lewis via phone, Brian Klatsky of Team Rio told ZAGSBLOG. Lewis, Antoine and Team Rio are in Las Vegas. Duke has tracked the two Class of 2019 stars from the Ranney (N.J.) School during July, with Duke’s Jeff Capel and Jon Scheyer both watching them last week at the Under Armour All-America Camp in Philadelphia.

“Me and Coach Scheyer had a long talk the other day about Duke and things like that,” Lewis said last week. “They’re definitely up on the list of schools I would like to play for. Coach K and the history of that school in general. I’m one of the top guys in my class and to have them interested is just an honor.”

Both players revealed last week that they had recently had an intense conversation about possibly joining forces in college. “Very serious conversation,” the 6-foot-5 Antoine said in Philadelphia. “Honestly, it was like 11 o’clock at night, we were at a friend’s house. And it was me, Scottie and a friend, and we were in the room for a good two hours just talking about the options, like the benefits of going to the same school, what would happen if me and him went to the same school. It was a very in-depth serious conversation.” Are they more likely to join forces now? “I mean, yeah, he was spitting out some good facts,” Antoine said. “After that one night, [Lewis] is” pushing it more. Said Lewis: “We put something on Twitter and it was a pretty good reaction from the coaches from those schools and the media from those schools.” Asked if a package with Antoine was realistic, Lewis said, “Yes, 100 percent.” Florida, Kentucky and St. John’s are among the other schools recruiting both players. St. John’s went four deep on Thursday in Las Vegas with Chris Mullin and three assistants, while Florida had head coach Mike White and assistant Dusty May in the house. Both players were invited to the prestigious Steph Curry SC30 Camp Aug. 6-8 in the Bay Area; the Aug. 8 game will be shown on the ESPN networks.