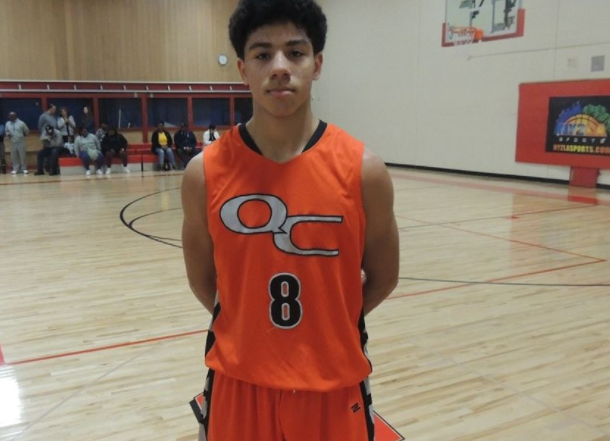 By SEAN BOCK D.J. Carton, the 6-foot-2 point guard from Bettendorf (IA), has solidified himself as one of the fastest rising prospects on the AAU circuit this summer. A member of the class of 2019, Carton has offers from schools such as Wisconsin, Nebraska, and Marquette and also has reeled in offers from Iowa, Minnesota, and Creighton. The latter three all coming on Monday.

Blessed to receive an offer from the University of Minnesota?? pic.twitter.com/KeNH6SyjQN

Blessed to receive an offer from Creighton university?? #BlueJays pic.twitter.com/ISYLREe3En

“It’s been great,” Carton told ZAGSBLOG about the recruiting experience. “I love the process of meeting new coaches so they can mentor me to improve my game.” A resident of Iowa, Carton spoke very highly of the Hawkeyes. “He’s been great about checking in on me and today I got a call from Coach McCaffrey, who said he’s been watching me and feels like I would be a really good point guard for what they like to do and he offered me a scholarship,” Carton said in an interview with Hawkeye Report. “My grandfather actually played at Iowa, so he, along with my family was very excited that I was offered by Iowa today.” Although Wisconsin seems to be the frontrunner in the early stages of Carton’s recruitment, according to the 247 Crystal Ball, high-major Midwest college programs including Purdue, Northwestern, Butler, Illinois, Iowa State, and Ohio State have stopped by and expressed their interest in Carton who says he’s in no rush to make a decision. “I’m planning to make some trips to schools in August,” told Hawkeye Report. “I want to get to Iowa in early August and then try and make it out to the other schools that have offered, like Creighton and Minnesota, along with Wisconsin, Nebraska, and possibly Marquette.” Carton plays for the Quad City Elite, one of the most highly regarded non-shoe sponsored teams on the AAU Circuit, and will be participating in the Jayhawk Summer Finale in Overland Park, Kansas for the final July evaluation period of 2017. Photo via 247 Follow Sean on Twitter