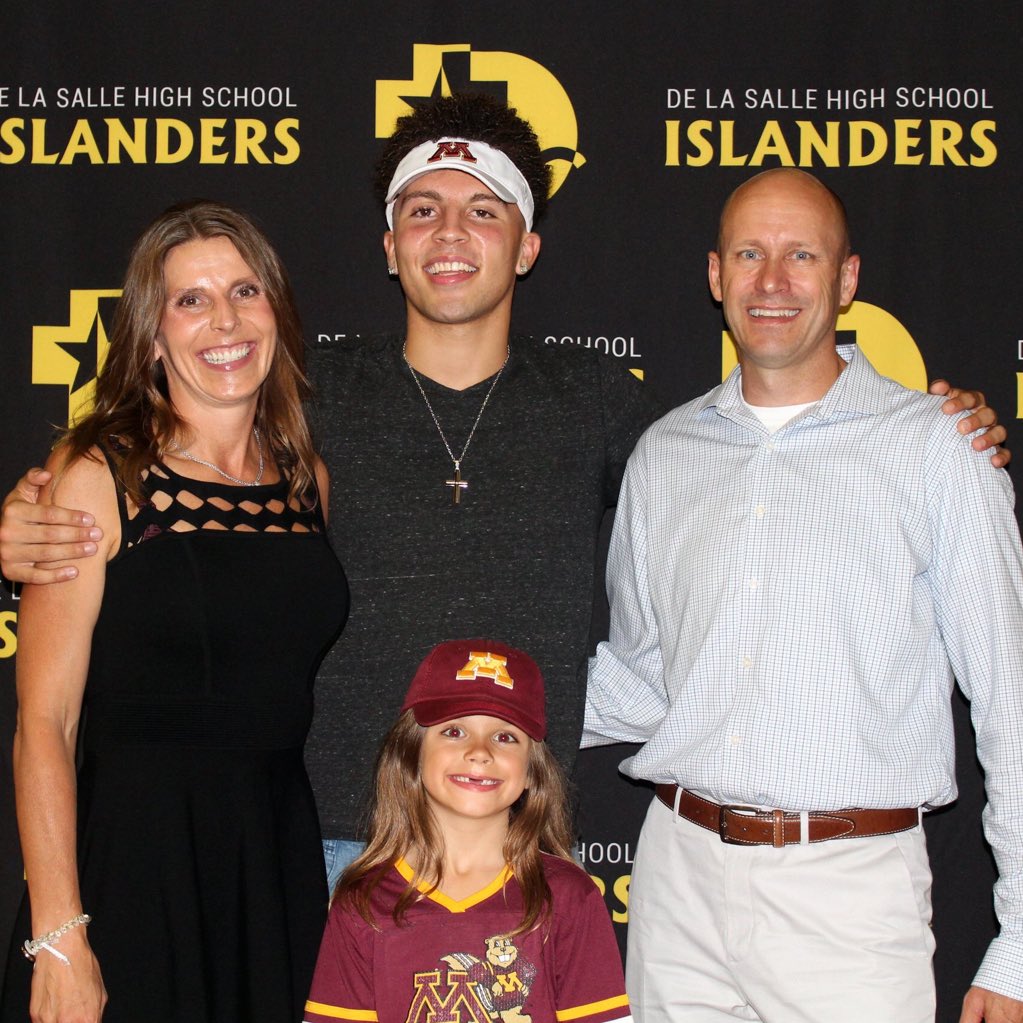 By JACOB POLACHECK Gabe Kalscheur, the 6-foot-4 shooting guard from De La Salle (MN) High School, announced his commitment to Minnesota on Tuesday at De La Salle. He later released a commitment video via Twitter. “Today, I’m so excited to share with you that I have chosen to continue my basketball career and education with Rick Pitino and the Minnesota Gophers,” said Kalscheur in his announcement. “I chose Minnesota because of my relationship with the coaching staff this past year. While watching them progress, I feel like I can contribute to their continued success.” Before committing, Kalscheur took two unofficial visits to Minnesota (June 12 and Nov. 22).He chose Minnesota over schools such as Bowling Green, Drake, North Dakota, Northern Iowa, and Pittsburgh, among others, while also receiving interest from Arkansas, Marquette, and Wisconsin. Playing on the Nike EYBL Circuit with the Howard Pulley Panthers, Kalscheur averaged 17.7 points, 2.2 rebounds, 2.0 assists, and 0.7 steals per game, through 15 games prior to Peach Jam. In five games at Peach Jam, Kalscheur averaged 9.4 points, 3.0 rebounds, 0.8 assists, and 0.6 steals per game. According to 247Sports, Kalscheur is ranked as the No. 173 overall player in the Class of 2018 and the No. 4 player from the state of Minnesota. He joins Daniel Oturu and Jarvis Thomas as the third commit in the Gophers’ 2018 class. Kalscheur’s commitment gives Minnesota the No. 5 recruiting class in 2018 according to 247Sports. Follow Jacob on Twitter Follow Adam Zagoria on Twitter And Like ZAGS on Facebook