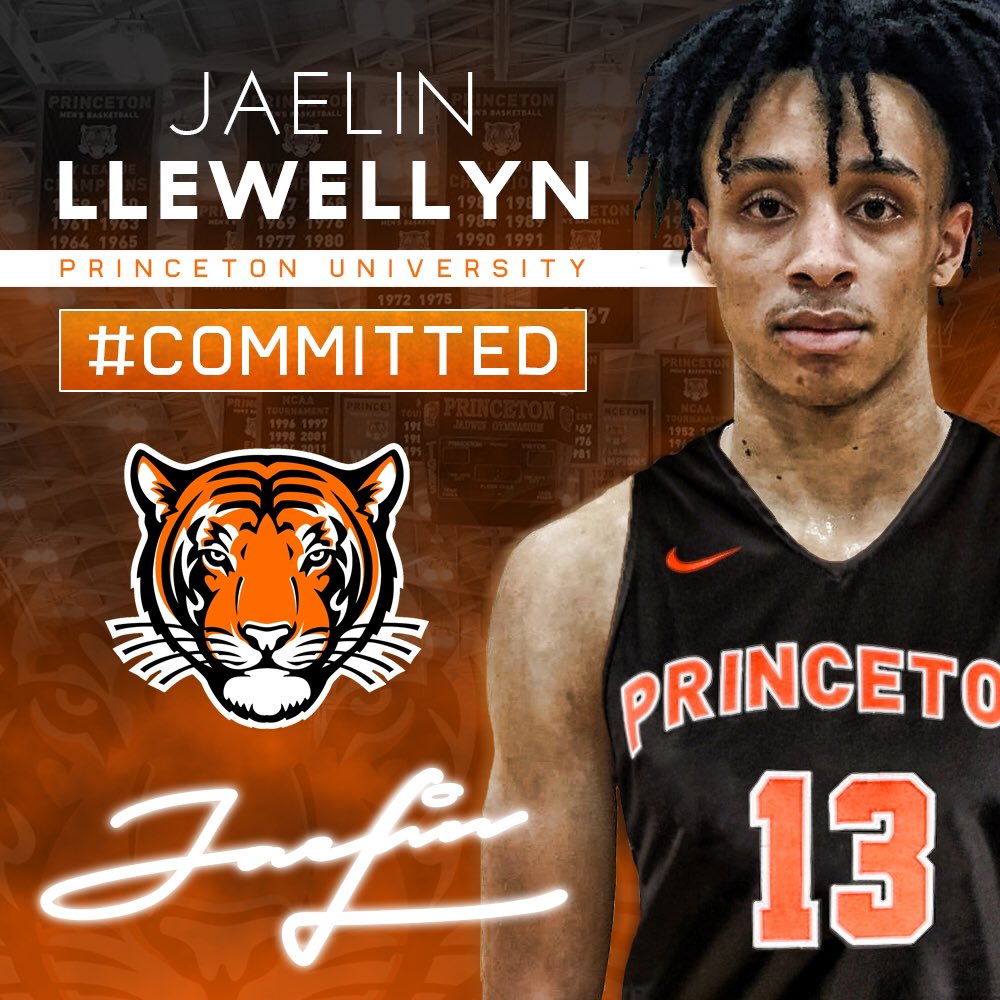 By JACOB POLACHECK
Jaelin Llewellyn, the 6-foot-2 point guard from Virginia Episcopal (VA) School, announced his commitment to Princeton on Monday via Twitter. “This recruiting process has been long and exciting, and I want to thank each and every school that has believed in who I am, and my abilities,” said Llewellyn in a statement released via Twitter.“In the future, I believe I can be a professional on the court and off the court. With that being said… I’m glad to announce that I’m committed to Princeton University’s Process.” According to 247Sports, Llewellyn is ranked as the No. 154 player in the Class of 2018 and the No. 27 point guard in the class. He is the first commit in Princeton’s 2018 class. Llewellyn chose Princeton over schools such as Florida, Cincinnati, Clemson, Creighton, George Washington, Georgetown, Georgia Tech, Harvard, Ohio State, Providence, Purdue, Rhode Island, Stanford, Tennessee, UNLV, Virginia, and Wake Forest, among others. DJ STEWART COMMITS TO MISSISSIPPI STATE DJ Stewart, the 6-foot-6 small forward from Riverside (MS) High School, announced his commitment to Mississippi State on Monday via Twitter. “I just got off the phone with Coach Howland and told him the news,” Stewart told 247Sports. “I was telling him that I want to come to Mississippi State to be part of their basketball program. He was very excited and said he was glad he gets to coach me.” According to 247Sports, Stewart is ranked as the No. 114 player in the Class of 2018 and the No. 2 player from the state of Mississippi. He joins Reggie Perry as the second commit in Mississippi State’s 2018 class. Perry, a former Arkansas commit, committed to Mississippi last week. “They like me at the two guard,” said Stewart, who averaged 19 points and 10 rebounds as a junior at Riverside. “Coach Howland said I can become a great player there and help them win. And I do look forward to big things there and I want to try to help us win the SEC. I’ve been hearing about Nick Weatherspoon and those guys and it will be fun to play with all of the great players they have.” Stewart, who cut his list to ten last week, chose the Bulldogs over LSU, Alabama, Stephen F. Austin, Louisiana Tech, Oklahoma State, Arkansas, Illinois, UAB, and Ole Miss. He did not take any visits before committing. “I think my family was more excited than I was,” said Stewart. “They are glad I am staying in the state and they get to see me play a lot. I had Ole Miss, Oklahoma State, Illinois and Alabama on me hard, too. But I just knew in my heart that I wanted to be at Mississippi State.” Follow Jacob on Twitter Follow Adam Zagoria on Twitter And Like ZAGS on Facebook