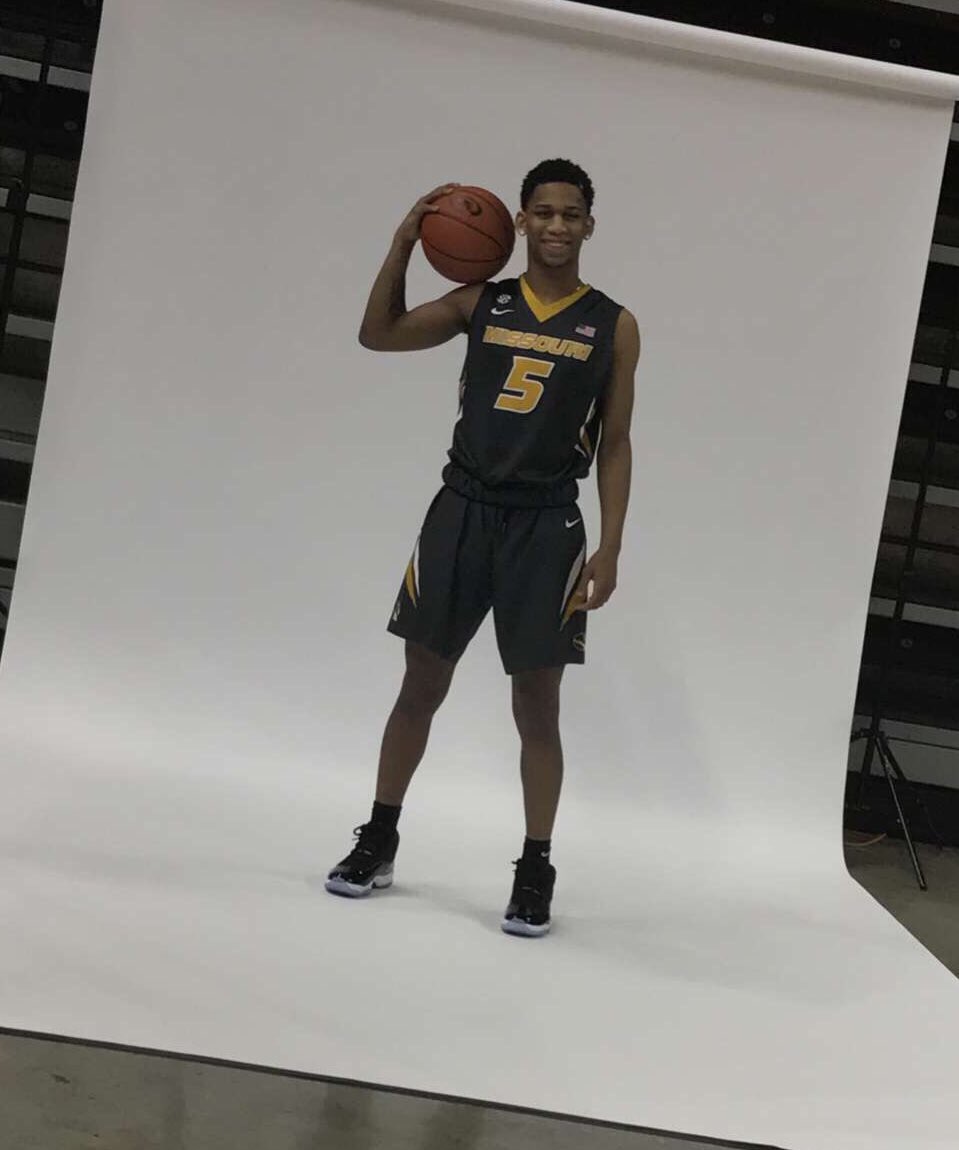 By JACOB POLACHECK Blake Harris, the 6-foot-2 point guard from Word of God (NC) Christian Academy, announced his commitment to Missouri on Sunday, during his official visit.

I am officially a tiger ? #MU pic.twitter.com/4s4mjmhOA3

“He’s hands down the most dynamic point guard in the country,” said Word of God coach Brian Clifton. “His size and athleticism are elite and ball skills are steadily improving. He has potential to truly be as good as he wants to be.”

Harris was joined on his official by Missouri commit Michael Porter Jr. and target Kevin Knox. The 6-foot-10 Porter Jr. was already slated to play with Harris at Washington before both decommitted following Lorenzo Romar’s firing. Knox told Scout.com at the Nike Hoop Summit that the duo of him and Michael Porter Jr. would be “unstoppable” if they played together. “Mike, ever since he committed, he’s been in my ear,” said Knox, who’s also considering Duke, North Carolina, Florida State and Kentucky. “And Mizzou fans, they’re really looking forward to me coming up there.”
The 6-3 Harris was also considering Georgia Tech, Michigan State, N.C. State, Rutgers and UConn, and had visits planned to Michigan State, UConn and Rutgers.
Missouri also has a commitment from 6-foot-2 point guard C.J. Roberts. According to 247Sports, Missouri has the #16 ranked recruiting class in 2017. They are also targeting 6-10 post player Jeremiah Tilmon, an East St. Louis, Ill., native who is awaiting his release from Illinois following the coaching change.
Follow Jacob on Twitter
And Like ZAGS on Facebook

Point Guard Reset: Who's off the board and who still needs a floor general?