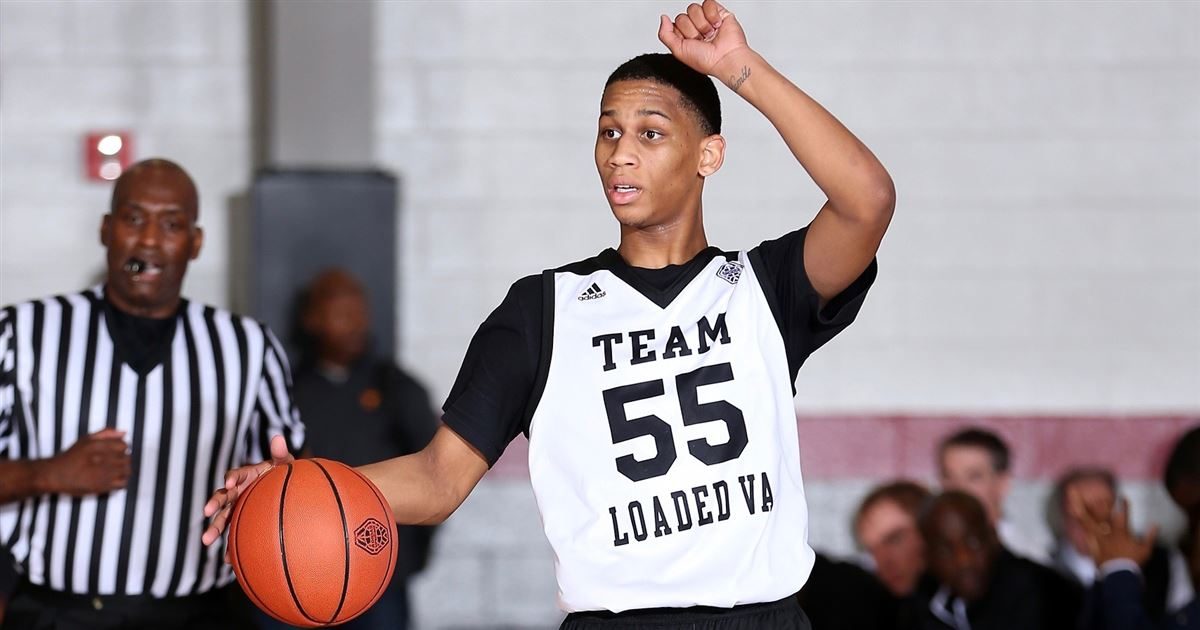 Harris said he’s considering UConn because of “Coach [Kevin] Ollie and Coach Chill [Raphael Chillious]. Great history, great players.” *** Former Washington signee Blake Harris has re-opened his recruitment and is now focusing on four schools. The Class of 2017 point guard said by phone Tuesday evening he’s focusing on Michigan State, Missouri, N.C. State and Rutgers. Michigan State head coach Tom Izzo, N.C. State coach Kevin Keatts and Rutgers head coach Steve Pikiell, all with assistants, watched Harris on Tuesday at Raleigh (N.C.) Word of God Academy. “I probably have offers from about 15 schools, I’m kind of down to these four right now,” he said. “Maybe if something comes, but for the moment I’m down to these four: Missouri, N.C. State, Rutgers and Michigan State.” Harris broke down each of the four. Missouri: “Missouri has a new coach [Cuonzo Martin] and they’re in a great conference. Michael [Porter Jr.] is a great player. We play well together, we would love to play together, just if it’s the right situation for me. I think they can do great things.” Meantime, at the McDonald’s All-American Game, the 6-10 Porter Jr. said he’s also working on trying to get uncommitted forwards Kevin Knox and Mohamed Bamba to join him at Mizzou. Michigan State: “Michigan State, great coach, great players, great conference. Plenty of [NCAA] Tournament appearances, national championship. You can’t go wrong with that.” Rutgers: “Great conference, great coach. New York/New Jersey area, so it has plenty of media outlets, so that’s great.”

N.C. State: “I’m from North Carolina so hometown hero, would be pretty cool to play in front of all your friends and family. Great conference, great coach.” He has already visited N.C. State, which is close to his high school.

Harris said he plans to visit all four schools beginning next month. “I should take a visit to all those schools after the dead visit’s over,” he said. “April 7th is the first day you can start taking visits again.” As for a timeline on a decision, “I don’t have an exact timetable,” he said, “I’ll probably [decide] late April/early May.” Along with Trevon Duval and Jordan Walker, Harris is now a highly desirable commodity: an uncommitted point guard in the spring. “[I’ll be] an athletic, fast-paced, pass-first, defensive-minded coach on the floor,” he said. Photo: 247Sports.com