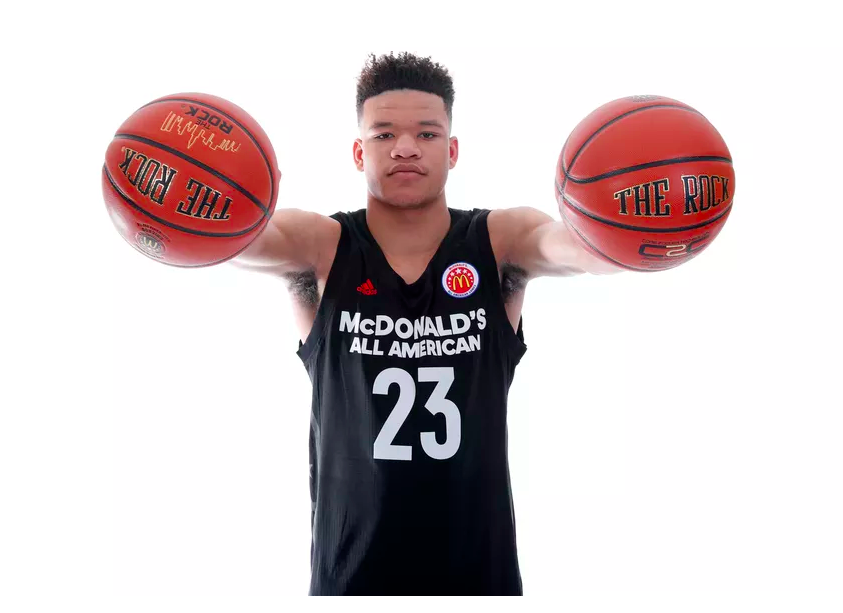 By JACOB POLACHECK  CHICAGO — Michael Porter Jr. has been working to recruit prospects to Missouri at the McDonald’s All-American Game, after announcing his commitment to Missouri last week. Five-stars Mohamed Bamba and Kevin Knox were two of the players that mentioned Porter’s efforts. “Michael [Porter Jr.] has really been trying to get me to go to Mizzou,” said Bamba. “He was like, ‘C’mon bro. They have the best facilities.’” Despite Porter’s efforts, Bamba said that he does not want to take any more visits, saying, “Four was plenty. It’s taken a toll on my mom, father, brother and sister.” He has taken an official to each of his final four schools, visiting Michigan (Sept. 2), Texas (Oct. 28), Kentucky (Jan. 20), and Duke (Feb. 26). Bamba has no timetable for when he would like to make his decision, saying, “I’ll make my decision as soon as soon as I settle on a place. I’ve settled on four and hopefully I can settle on one.” Kevin Knox has also been listening to Porter and might possibly take an official visit there. He has one official left but does not know whether or not he will take it. “Mike [Porter] reached out to me, right before he committed to see if I wanted to play with him,” said Knox. “I know Coach [Cuonzo] Martin hit up my dad to try to get me to visit. I don’t really know at this point but he’s in my ear and I hear what he’s saying.” Knox is currently considering Duke, Florida State, Kentucky and North Carolina. He broke down all four schools for ZagsBlog:

Duke: “Jayson Tatum [is leaving] and they’ve had a lot of good wing players to come through Duke and they’ve done a really good job. They have a great all-around game.”

FSU: “Dwayne Bacon and Jonathan [Isaac] are gone, so I’d be able to come in and get all the minutes and start my own legacy.”

UNC: “Justin Jackson is probably gone. Joel Berry and Theo Pinson will probably be back, so I’d be able to get minutes and put the ball in the basket.”

Knox mentioned that Duke Coach Mike Krzyzewski visited Knox following their loss to South Carolina in the second round of the NCAA tournament. “It’s good to see him come in after they lost,” said Knox. “I have a really good relationship with Coach K. That plays a big part in my recruitment.”

He also discussed how the probable departures of Duke stars Luke Kennard, Jayson Tatum and Grayson Allen will affect his decision. “I’m definitely looking at if Luke and Grayson are staying,” said Knox. “Coach K told me that it doesn’t really matter whether they come back. I’d still be starter because I’d play Jayson’s position. So, I believe I’d be the starter regardless.”

This week for the McDonald’s All-American Game, Knox has been rooming with Kentucky commit Nick Richards, who has “been in his ear for a while now”. “He does a good job recruiting,” said Knox. “Him and I get along really well. I’ve been hearing it all week.”