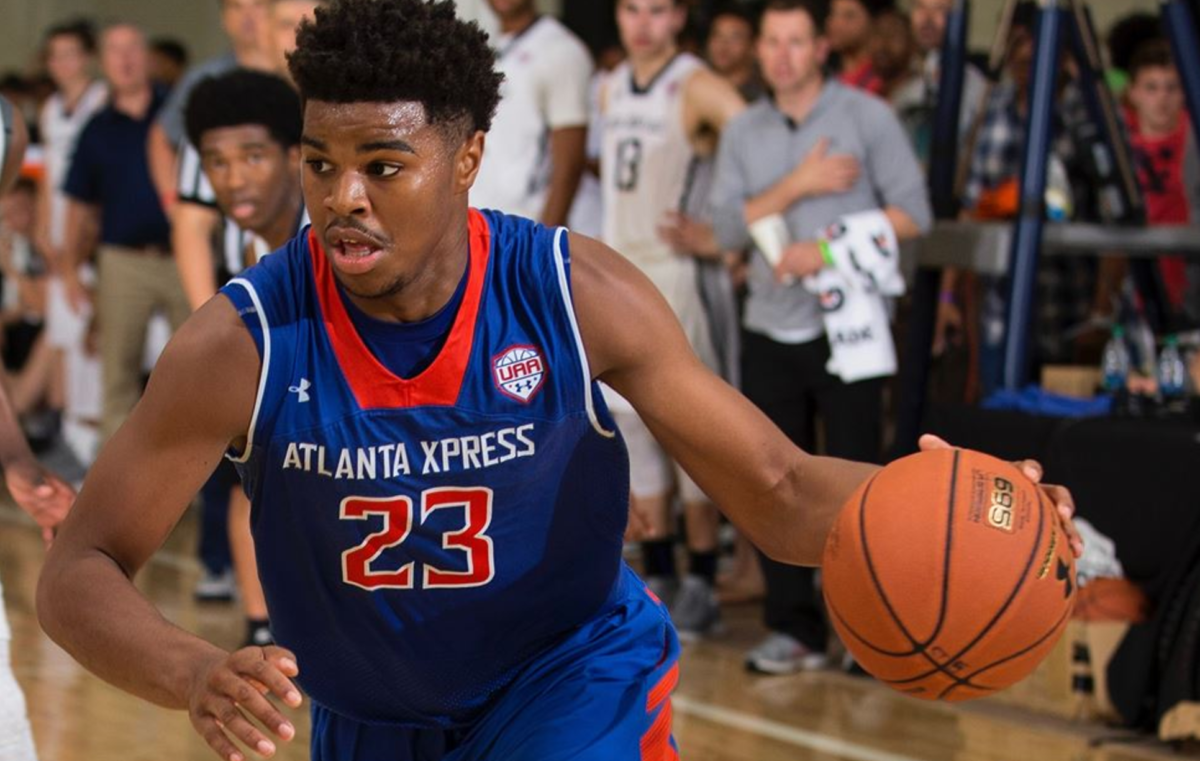 By NICK MEDLINE CHICAGO — M.J. Walker may not be prepared to make his final college decision — but he does know what teams should expect from him at the college level. “I bring leadership and I like being aggressive,” Walker said. “I play with a dog mentality. When I do that, my teammates usually follow. And when I get that going, there’s no telling how good our team can be.” The 6-foot-5 Jonesboro (GA) shooting guard wants to take advantage of the McDonald’s All-American game opportunity. On Team West, next to impressive guards including Duke commit Gary Trent Jr., Walker has made an impact during scrimmages with his defense and versatility. “I’m having a great time,” Walker said. “It’s not often you play against guys like this on a regular basis. Being up here and competing with these guys and showing who I am … You need a chip on your shoulder. You have to bring it each and every day.” As Walker excels in Chicago, many programs await his decision. Walker has visited Georgia Tech, which provides a strong in-state option. He also listed UCLA, Florida State, Ohio State, Maryland, Virginia Tech, Kansas and UNLV. Walker said he will consider several factors before making his decision, including academics and choice of major, his relationship with the coaching staff, and positioning himself for success. “I’m looking to see if they’re bringing in good players that are used to winning. Because I don’t like to lose,” Walker said. “I want to make sure I’m comfortable with the coach and feel good if I’m away from home.” Even late in the recruiting process, with many players decided on their college destination, Walker said he is comfortable with being patient and avoiding an immediate timetable. “I’ll go at my pace because I don’t want to rush,” Walker said. “Anything can happen: players could leave [for the NBA Draft], the coach could leave, or things like that. The more patient I am, the more things I can see as to where I want to go. I just want to find the best fit for me.” ZAGSBLOG will provide continuing coverage of McDonald’s All-American Game events. Follow Nick Medline on Twitter And like ZAGS on Facebook