Point Guard Reset: Who's off the board and who still needs a floor general? | Zagsblog
Follow @adamzagoria

Point Guard Reset: Who’s off the board and who still needs a floor general? 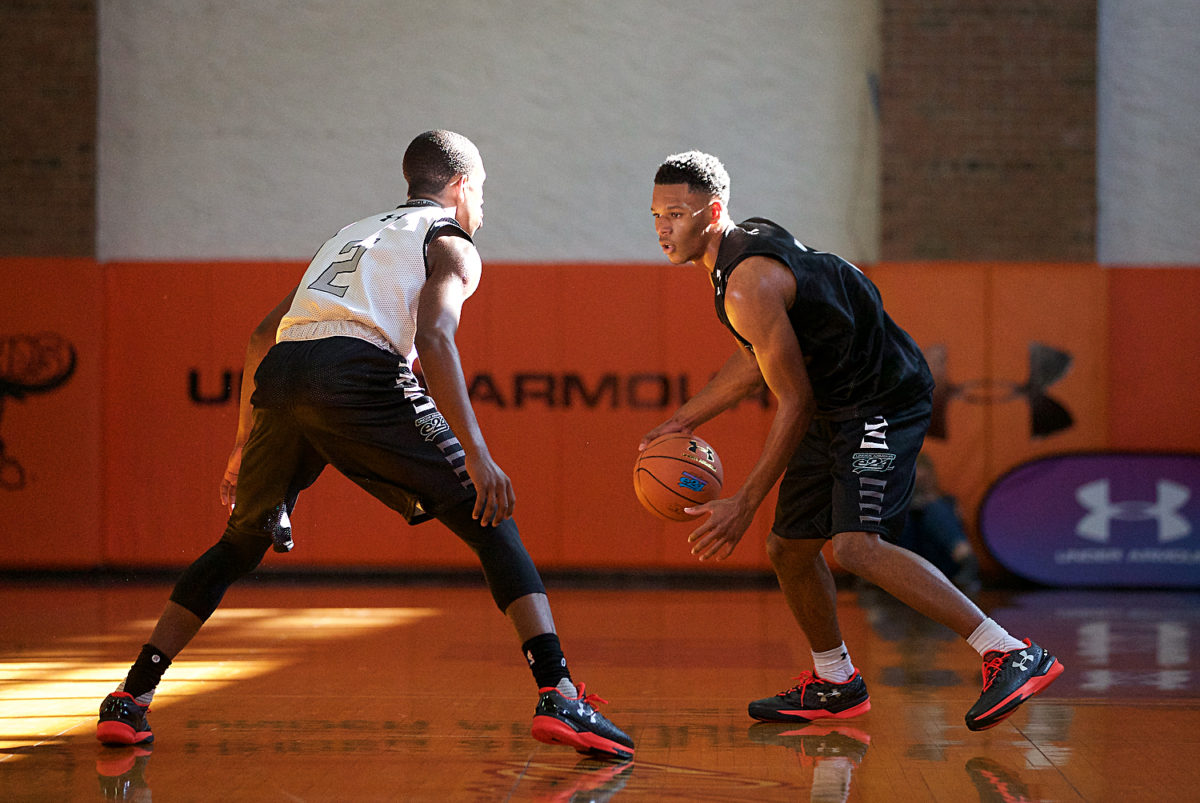 Of the 100 players in the 2017 ESPN 100, 20 of them are point guards. Of those 20, two are currently uncommitted: Trevon Duval, the No. 4 overall player in the class, and No. 33 Tremont Waters. No. 36 Makai Ashton-Langford committed to Providence on Monday and No. 99 Blake Harris pledged to Missouri on Sunday. Of the 18 who have committed, the SEC has five incoming Top 100 point guards: No. 22 Quade Green (Kentucky), No. 32 Shai Gilgeous-Alexander (Kentucky), No. 35 Nick Weatherspoon (Mississippi State), No. 60 Davion Mitchell (Auburn) and No. 99 Harris. The Big 12 has four: No. 15 Trae Young (Oklahoma), No. 27 Matt Coleman (Texas), No. 61 Marcus Garrett (Kansas) and No. 68 Zack Dawson (Oklahoma State). And the ACC four: No. 46 Chris Lykes (Miami), No. 51 Darius Perry (Louisville), No. 80 Wabissa Bede (Virginia Tech) and No. 96 Lavar Batts (N.C. State). Syracuse also added point guard Howard Washington, who, as a Canadian, is not ranked by ESPN. Those numbers will obviously change depending upon what Duval and Waters decide. Keep in mind that at least half a dozen high-major schools are in need of a point guard: Arizona, Baylor, Duke, Georgetown, Kansas and Seton Hall. These are the schools involved, to varying degrees, for Duval and Waters. The 6-foot-3 Duval is considering Arizona, Baylor, Duke, Kansas and Seton Hall. With Devonte’ Graham returning to Kansas next season, it will be interesting to hear Duval’s thoughts on Kansas this week at the Jordan Brand Classic in Brooklyn. Kansas would love to feature both Duval and Graham in the backcourt, the way they featured Graham and Frank Mason, who won the Wooden, Naismith, Sporting News, AP, CBS Sports, NBC Sports, USBWA, and SI Player of the Year Awards. Kansas also has Malik Newman eligible in 2017-18, but see him as more of a wing player. Some in the recruiting world say Duke is the favorite for Duval, but until he announces his decision either later this month or early May, we won’t know for sure. As for Waters, he has obtained his release from Georgetown but it remains unclear who is actively recruiting him at this point. UConn, which lost Ashton-Langford and then Harris to Mizzou, could be one option. One other wild card in the Point Guard Sweepstakes is Jordan Walker, the 5-10 floor general from The Patrick School, the newly-minted New Jersey Tournament of Champions winner. Walker is debating whether to go to college in 2017 or prep school at a place like Montverde (FL) Academy. If he chooses college, he could land at a place like Seton Hall, which still holds out hopes of landing Duval as the ultimate prize.   Follow Adam Zagoria on Twitter And like ZAGS on Facebook