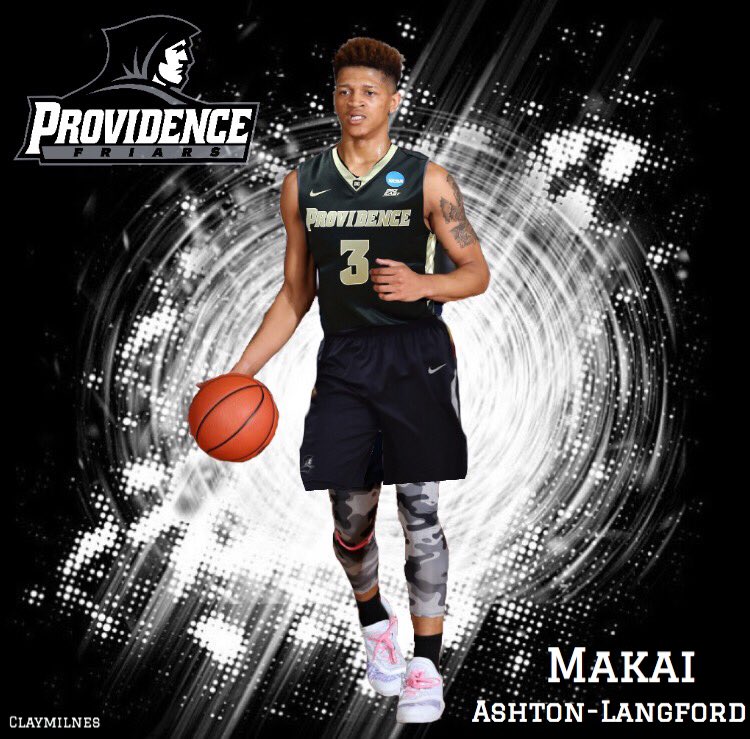 Makai Ashton-Langford committed Providence on Monday, his AAU coach told ZAGSBLOG. The 6-foot-2 Brewster Academy point guard initially chose UConn over Providence back in September. Given a second go-round, the No. 36 player in the 2017 ESPN 100 picked the Friars after a visit this weekend. “Makai Ashton-Langford just got off the phone with Providence head coach Ed Cooley,” Vin Pastore of Mass Rivals said. “He has committed to Providence. He had much interest from across the country but his relationship with Ed Cooley and the opportunity to impact a Big East program right away were too much for Makai to pass on.” He joins power forward Nate Watson and center Dajour Dickens in Providence’s 2017 class. “I would like to thank the University of Connecticut for the opportunity, but due to recent turn of events I have been granted my release and will reopen my recruitment without limitations and will discuss my decision over with my family,” Ashton-Langford tweeted before his decision.
And like ZAGS on Facebook