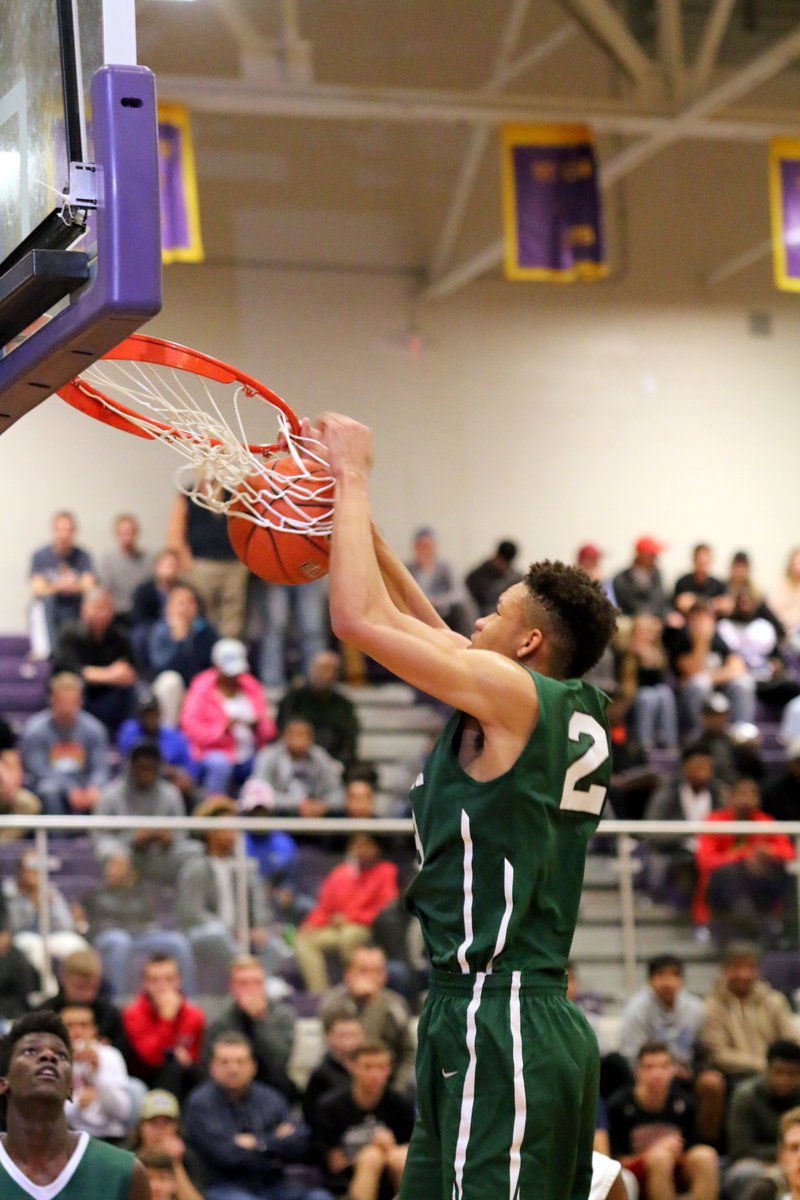 Here’s a roundup of some of the key recruiting visits taking place this weekend: **Missouri is having a huge weekend with both Kevin Knox and Blake Harris on campus. Michael Porter Sr. is the drawing card for both players. The 6-foot-10 Porter Jr. was already slated to play with Harris at Washington before both decommitted following Lorenzo Romar’s firing and Porter Jr. would love to have both players join him now that he’s at Mizzou.
Knox told Scout.com at the Nike Hoop Summit that the duo would be “unstoppable” if they played together.
“Mike, ever since he committed, he’s been in my ear,” said Knox, who’s also considering Duke, North Carolina, Florida State and Kentucky. “And Mizzou fans, they’re really looking forward to me coming up there.” Sure enough, they were.

Welcome to the Zou!! ??@kevin_knox23@TheMPJ1@blizzyblake55_pic.twitter.com/p1sKWhMuSv

Hang at the #ZOU this weekend, have your names hang forever in the rafters ??@TheMPJ1@blizzyblake55_@jeremiahtilmon_@kevin_knox23pic.twitter.com/OPAgoQsxG2

Thanks for stopping to take a picture with us! @TheMPJ1@kevin_knox23@jeremiahtilmon_ hope to see you all @Mizzou on the court next year!!?pic.twitter.com/p114T5e4jI

The 6-3 Harris is also considering Georgia Tech, Michigan State, N.C. State, Rutgers and UConn, and has visits planned to Michigan State, UConn and Rutgers. Meantime, Mizzou is hoping to fill out a potential blockbuster class with 6-10 post player Jeremiah Tilmon, an East St. Louis, Ill., native who was awaiting his release from Illinois following the coaching change.
**Jordan Tucker, the 6-7 wing from Marietta (GA) Wheeler, is visiting Syracuse this weekend ahead of planned visits to Oregon (April 21) and Georgia Tech. He’s also considering Villanova. Syracuse was involved for Tucker early in his career at White Plains (N.Y.) Archbishop Stepinac, but then backed off. Head coach Jim Boeheim and assistant Gerry McNamara then recently visited Tucker at Wheeler in hopes of landing him to help offset the losses of Tyler Lydon, John Gillon and Andrew White III.

Smile with me #OrangeNation ‼️? pic.twitter.com/v89iTpTeyw

**Shakur Juiston, the 6-7 wing from Hutchinson (KS) Community College, is visiting UNLV this weekend ahead of visits to Iowa State and Kansas. Juiston on Saturday told ZAGSBLOG the visit to UNLV was going “really good.” Next weekend he is slated to visit Iowa State, which has made him a top priority with coach Steve Prohm visiting him on several occasions at Hutch. “They’ve done a great job recruiting him,” Hutch assistant Jay Cyriac told CyloneAlert. Coach Prohm has basically recruited him himself. Sometimes it’s the assistants, they’re on top of it. And William Small has done a great job recruiting him, he’s been in constant contact with him, with us, with everybody involved. I think Steve Prohm has taken it upon himself to recruit him and I know that stands out for Shakur that the head coach is the one recruiting him. They’ve been the most vigilant as far as every step of the way and I think Shakur realizes that. They’ve probably recruited him the hardest.” Juiston, who recently cut his list to nine schools, averaged 17.3 points, 12.1 rebounds, 3.9 assists and 1.8 blocks per game in 37 games for as Hutchinson won the NJCAA national title. The former Paterson (N.J.) Eastside standout was named the MVP of the event. Meantime, Iowa State also hosted Virginia transfer Marial Shayok and Northwest Florida guard Daryl Edwards. The 6-5 Shayok averaged 8.9 points and 2.4 rebounds last season at Virginia, while Edwards averaged 13.6 points and 3.9 assists for a Northwest Florida team that went 29-5