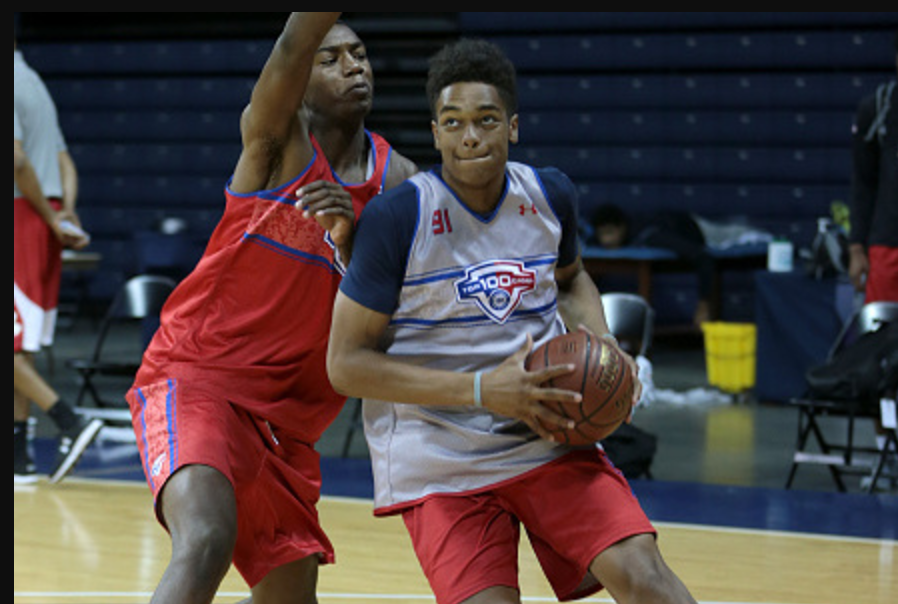 By NICK MEDLINE CHICAGO — At times, the McDonald’s All-American East Team practice would look something like a sneak preview of next year’s Kentucky squad. Wildcat commits P.J. Washington, Quade Green, Jarred Vanderbilt and Nick Richards are all playing for Team East this week in Chicago. And during practice scrimmages, many were often part of the same lineup, providing the group with an extra opportunity to play alongside each other. Washington said this experience has been useful, and that the recruiting class — which also includes Canadian guard Shai Gilgeous-Alexander — will be able to gel quickly in Lexington. “There’s a lot of chemistry, and we all know each other’s games,” Washington said. “Quade, with the way he runs the floor, he gets everyone involved and makes everyone happy. Jarred and I are very versatile. Then Nick blocks and rebounds everything. We see each other’s strengths and weaknesses, and we try to build off that.” As undecided Tampa (FL) Catholic small forward Kevin Knox chooses between Kentucky, Duke, North Carolina and Florida State, he said the Kentucky players are emphasizing “how good it is play with each other.” Washington said John Calipari, and his ability to develop professional prospects, also stands out in his pitch to Knox and West Chester (PA) Westtown center Mohamed Bamba. “We’ve been in Mo Bamba and Kevin Knox’s ears,” Washington said. “We’re telling them Kentucky is the best school for them, and that Coach Calipari is the best coach to get them to the next level. Coach Calipari has the ability to get great players to mesh together and be a team that wins.” Washington said he was “devastated” after learning that Kentucky lost to North Carolina in Sunday’s Elite Eight game. Still, he said he was impressed by their season, and looks forward to having this next class of Kentucky players building their own legacy. “I think next year, we’ll show our defense, our length, and an ability to win games,” Washington said. “We’ll show our love for the game, and our love for winning.” ZAGSBLOG will provide continuing coverage of McDonald’s All-American Game events. Follow Nick Medline on Twitter And like ZAGS on Facebook

Trevon Duval Looking to Decide in April or Early May