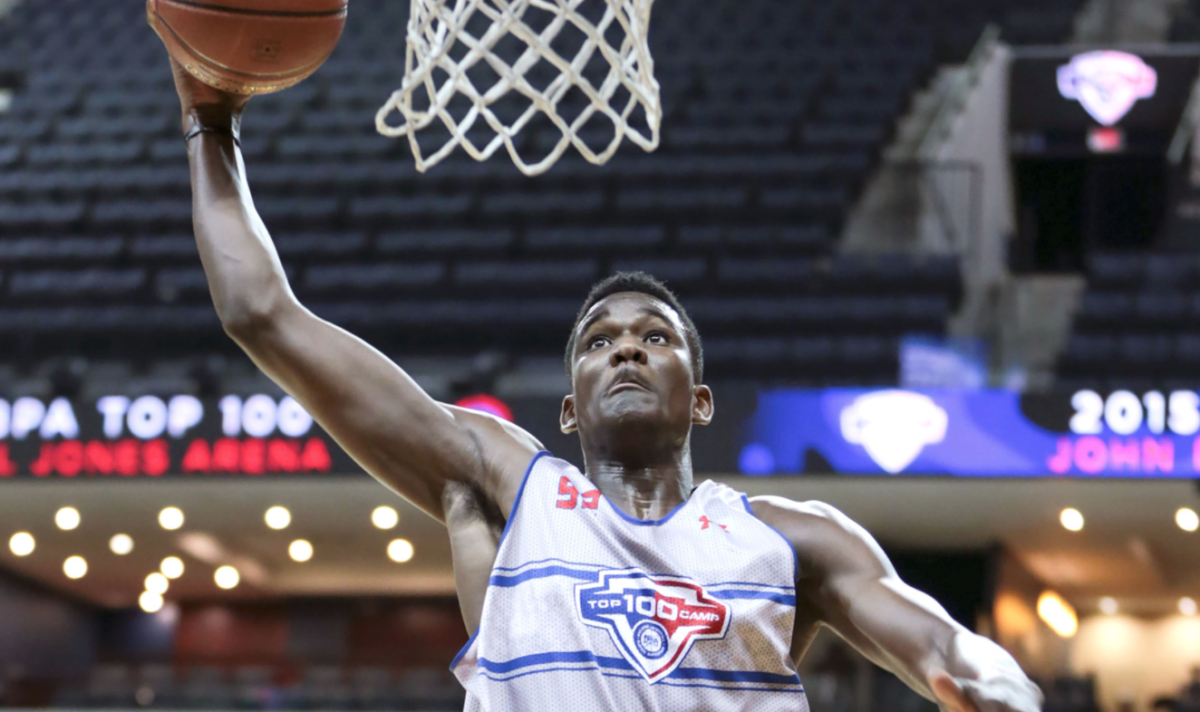 By NICK MEDLINE CHICAGO — The recruiting never stops, not even during the action-packed McDonald’s All-American Game activities. Arizona commit and Phoenix (AZ) Hillcrest Prep center DeAndre Ayton said he’s been making the Arizona pitch to undecided players Brian Bowen and Trevon Duval. With Bowen, the room assignments offered an extra advantage. “We’re rooming together so I’m recruiting him all the way,” Ayton said of Bowen. “It’s going pretty good. He still hasn’t decided, and he hasn’t given me any hint of what he’s doing, but he’s getting an earful from me every day. I’ve been recruiting Duval as well, and tried to talk to him immediately. I think we could use another point guard.” Ayton also hopes to play with San Diego (CA) Cathedral Catholic center Brandon McCoy. McCoy listed Arizona in his top five schools following Monday’s practice — along with Oregon, Michigan State, San Diego State and UNLV. Ayton and McCoy are longtime friends, and showed they could excel on the same floor as California Supreme teammates on the EYBL circuit. The two were even named co-MVPs of the EYBL Indianapolis event. Now, some of the most intriguing battles at McDonald’s game practices have involved McCoy and Ayton. They battle for rebounds, trade baskets and jump shots, and show off their intensity in this matchup. “Playing against Brandon, we make each other better, every time,” Ayton said. “Even the dirty fouls — that’s what we do. That’s how we play against each other. We’ve been going at it ever since the eighth grade and we compete to the top level.” Ayton also praised the play of Michael Porter Jr., who recently committed to play for Missouri. He said the Seattle (WA) Nathan Hale small forward seems taller than his listed 6-foot-10, while impressing with his ball-handling and shooting skills. “He’s the Kevin Durant of our high school class,” Ayton said. Ayton has received encouragement from Arizona coaches this week, especially from associate head coach Joe Pasternack. Ayton is motivated to improve his game throughout the week, and perhaps help to add another piece that will get this Wildcats recruiting class over the top. “I thought Arizona had it this tournament, and I thought they’d go the Final Four,” Ayton said. “But yes, I think Arizona will be a Final Four team next year.” ZAGSBLOG will provide continuing coverage of McDonald’s All-American Game events. Follow Nick Medline on Twitter And like ZAGS on Facebook