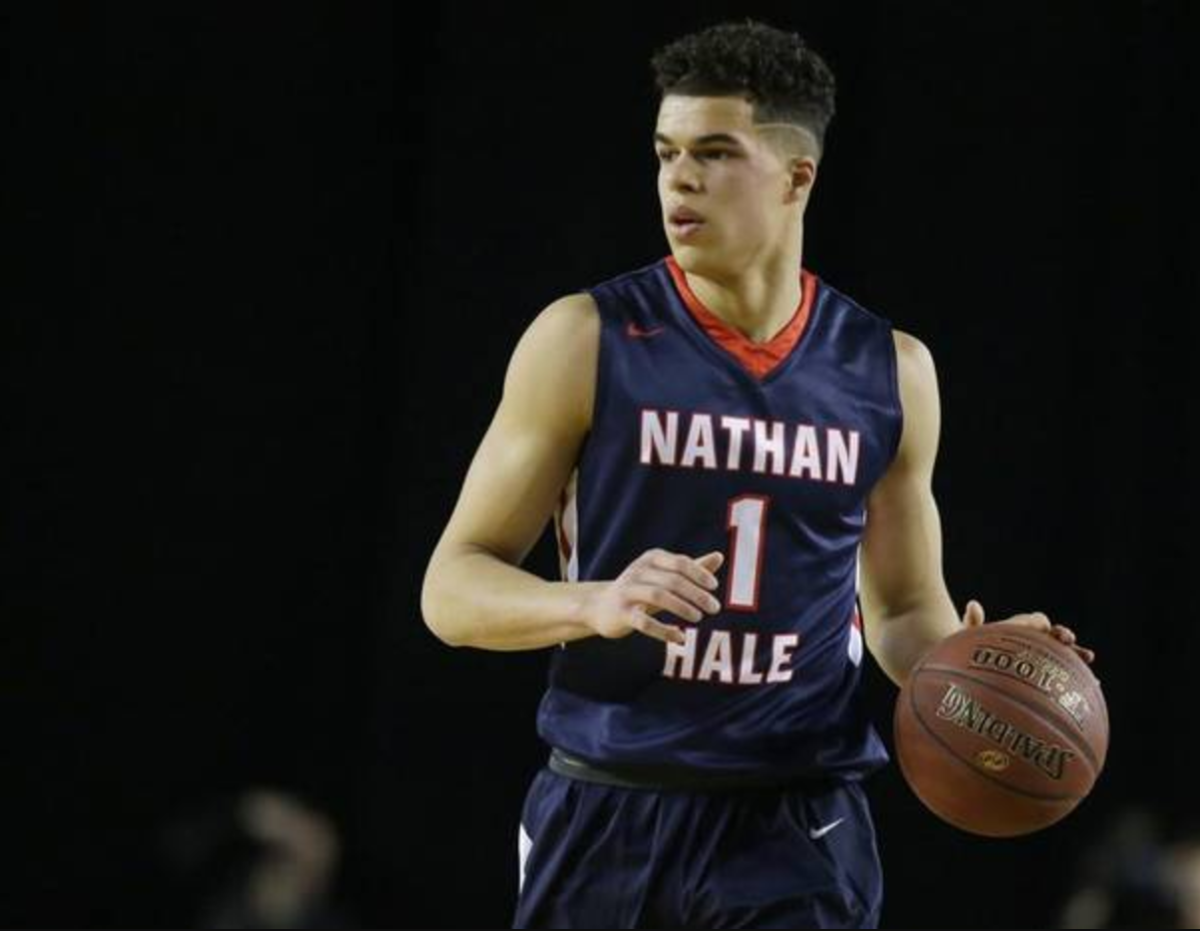 By NICK MEDLINE CHICAGO — ZAGSBLOG will provide coverage from tonight’s McDonald’s All-American Game, which takes place at 7 p.m. ET. Here are some storylines to look out for in advance of the game. (1) Can Michael Porter Jr. continue to dominate? The Missouri commit and Seattle (WA) Nathan Hale small forward has thus far exceeded the hype at McDonald’s All-American Game events — if that was even possible in the first place. Arizona commit and Phoenix (AZ) Hillcrest center DeAndre Ayton labeled Porter Jr. as “the Kevin Durant of our high school class.” During practice scrimmages, Porter was nearly impossible to guard. Even with a defender in his face, Porter could use his height and length to elevate and score. In one quick sequence on Monday, he stuck a three-pointer, grabbed an offensive rebound and finished a reverse layup, and then hit a contested turnaround midrange jumper. Kansas commit and Oak Hill Academy power forward standout Billy Preston may have played the best defense on Porter at times, by using his physicality and refusing to cede an inch. Porter hopes to carry this electric offensive play over to the McDonald’s game tonight. (2) How will the battle of the bigs take shape? One hotly anticipated matchup involves West big DeAndre Ayton against premier East center Mohamed Bamba of West Chester (PA) Westtown. Even up against some very impressive moments from Western Kentucky commit and Chalmette (LA) center Mitchell Robinson, Bamba has been perhaps the most impactful two-way player so far. Meanwhile, on the West side of the floor, Ayton and San Diego (CA) Cathedral Catholic center Brandon McCoy have been aggressive and physical during scrimmages, hoping to challenge each other with balanced offensive play and overall hustle. Ayton said he wants to showcase his shooting ability this week at the McDonald’s game, so we’ll see if that translates to his matchup with Bamba. (3) Will we see some Kentucky chemistry? Some combination of Quade Green, Jarred Vanderbilt, P.J. Washington, and Nick Richards — all Kentucky commits — will likely see some in-game reps together. This will be an exciting moment for Kentucky fans, just days after a heartbreaking Elite Eight loss to North Carolina. Green was one of the standouts Monday, showcasing his ability to facilitate an effective offense, distribute the ball to open players, and knock down three-pointers. Vanderbilt in particular opened eyes Tuesday with his versatile all-around game. Washington said the Kentucky recruits have a “lot of chemistry,” and that will likely be on display in some Team East lineups at the McDonald’s game tonight. (4) Who’s out to prove something? Duke commit and Napa (CA) Prolific Prep shooting guard Gary Trent Jr. said it perfectly. While players are excited to be part of the event — and are spending time attempting to recruit undecided players — they all have something to prove on the court this week. “I’ve been waiting for this moment for a long time, dreaming about this since I was a kid,” Trent said. “Now I need to show why I should be here.” Many players, including undecided Jonesboro (GA) shooting guard M.J. Walker, have said they want to be more aggressive and stand out against other elite players. As attention turns early to players like Porter, Ayton and Bamba, others will try to establish themselves and showcase standout all-around performances. Follow Nick Medline on Twitter And like ZAGS on Facebook