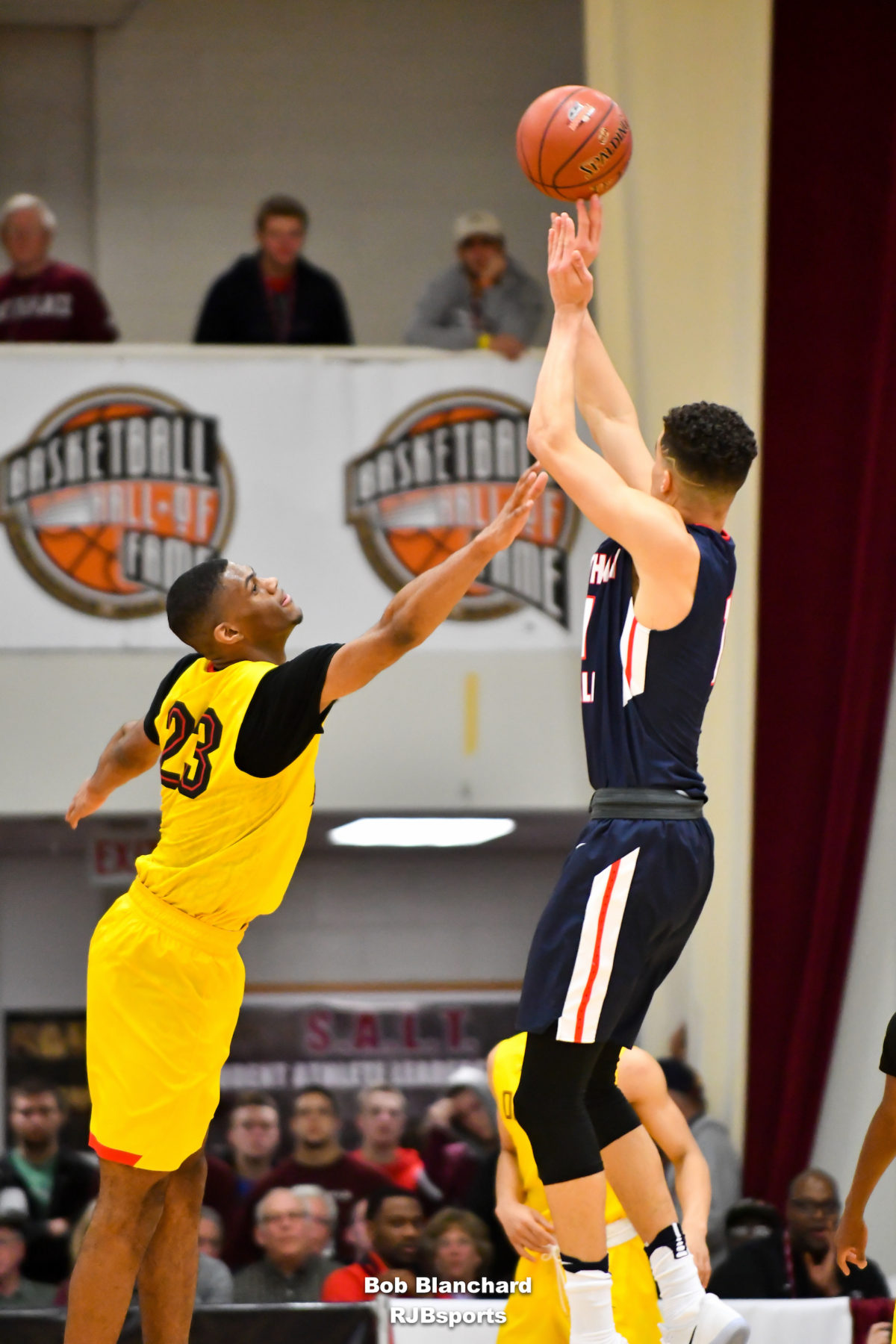 By JACOB POLACHECK Michael Porter Jr., the 6-foot-10 small forward from Nathan Hale (WA) High School, received the Naismith National Player of the Year on Monday, while his coach, former NBA All-Star Brandon Roy was named Coach of the Year.

Blessed to receive the Naismith National Player of the Year Award! Thank you @NaismithTrophy ‼️?? #PlayForHim

“It’s a dream come true,” Porter said in a news release. “This is the biggest individual accomplishment of my basketball career so far and I feel blessed.” Porter recently requested his release from Washington following his father Michael Porter Sr.’s hire at Missouri. Missouri is among the schools he is considering, in addition to Oklahoma. (For more on this, read the FanRagSports.com column.) Porter and Roy led Nathan Hale to an undefeated 29-0 season, with Porter averaging 37.8 points and 13.8 rebounds per game. Nathan Hale opted not to participate in DICK’S Sporting Goods High School Nationals after winning a state championship. Winners were determined by the Naismith Awards high school voting academy, a select group of basketball journalists from around the country. Porter is projected to be the No. 4 pick in the 2018 NBA Draft per DraftExpress. Follow Jacob on Twitter