Down Goes No. 1: Wisconsin Upsets Villanova in Second Round of NCAA Tournament | Zagsblog
Follow @adamzagoria

Down Goes No. 1: Wisconsin Upsets Villanova in Second Round of NCAA Tournament 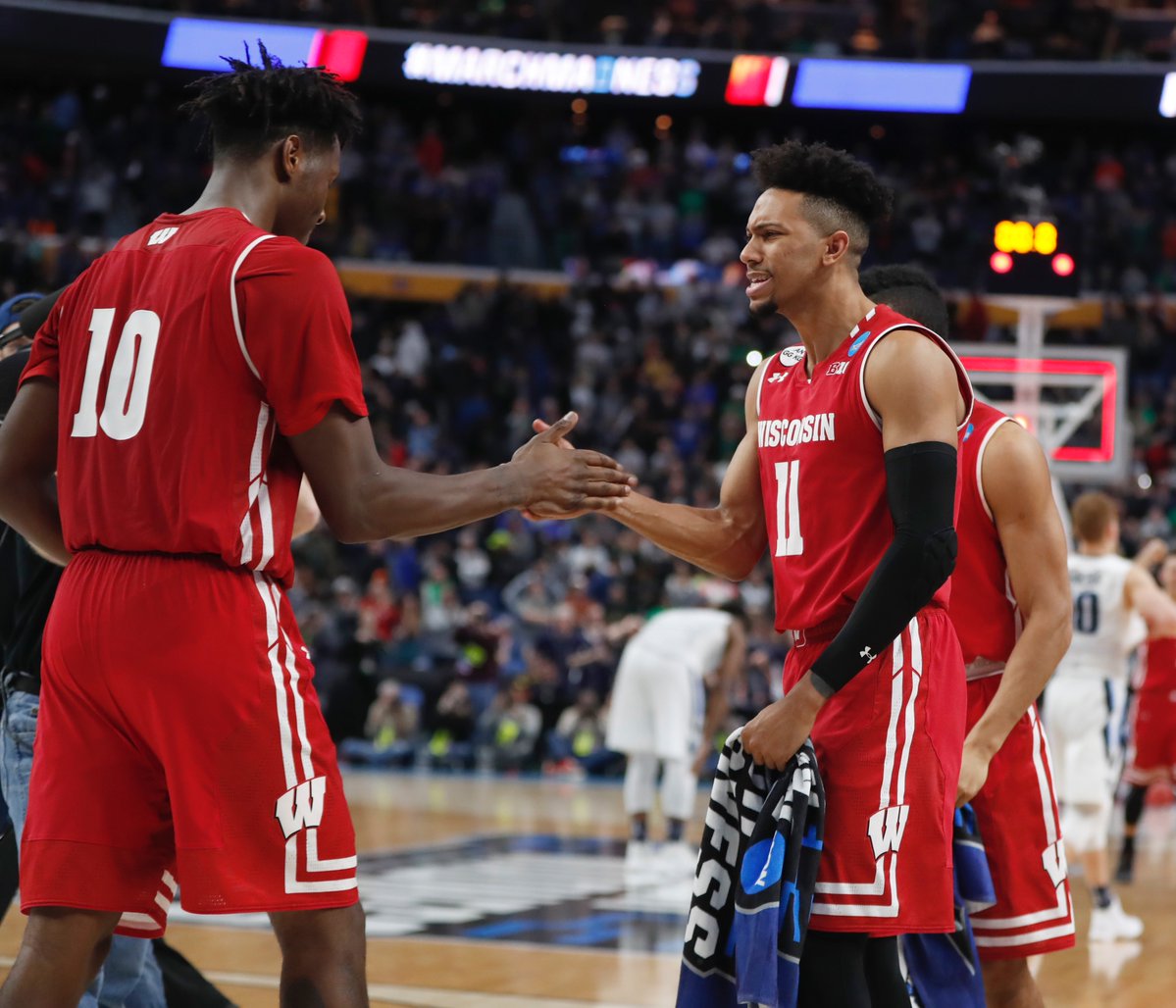 By: MIKE McCURRY  All Wisconsin knows is making Sweet 16’s, much in the same way that all Villanova knows is second-round exits. Behind Nigel Hayes’ 19 points and Bronson Koenig’s timely three-pointers, the 8th-seeded Badgers upset Villanova, the NCAA Tournament’s No. 1 overall seed and defending national champions, 65-62 on Saturday. Wisconsin finds itself in the Sweet 16 for the fourth consecutive season. Villanova, meantime, has failed to qualify for the Sweet 16 in seven of the past eight years, with the lone exception being last year. Hayes, one of four seniors on the roster along with Koenig, Zak Showalter, and Vitto Brown, broke a 62-all tie with 11.4 seconds remaining via a beautiful left-handed reverse layup.

Wisconsin closing in on an upset! #MarchMadness pic.twitter.com/8N5iglBstt

Fellow senior Josh Hart failed to answer on Villanova’s ensuing possession. The National Player of the Year candidate wrapped up a legendary career with 19 points but struggled down the stretch, committing two turnovers and missing his lone field goal over the closing four minutes. Saturday also marked the last collegiate game for Kris Jenkins, as America’s darling last March scored 13 total points on 4-of-22 shooting in his final NCAA Tournament.

Wisconsin overcame foul trouble from Koenig and Ethan Happ, plus another terrific performance from Villanova’s Donte DiVincenzo (15 points, 6 rebounds, 3 steals). The Badgers will play the winner of No. 4 Florida and No. 5 Virginia (8:40 p.m. on Saturday, TNT) in an East Region semifinal next week. Photo: The Buffalo News Follow Mike on Twitter Follow Adam Zagoria on Twitter And like ZAGS on Facebook

Oklahoma State's Jawun Evans: 'Most likely I'll be back'