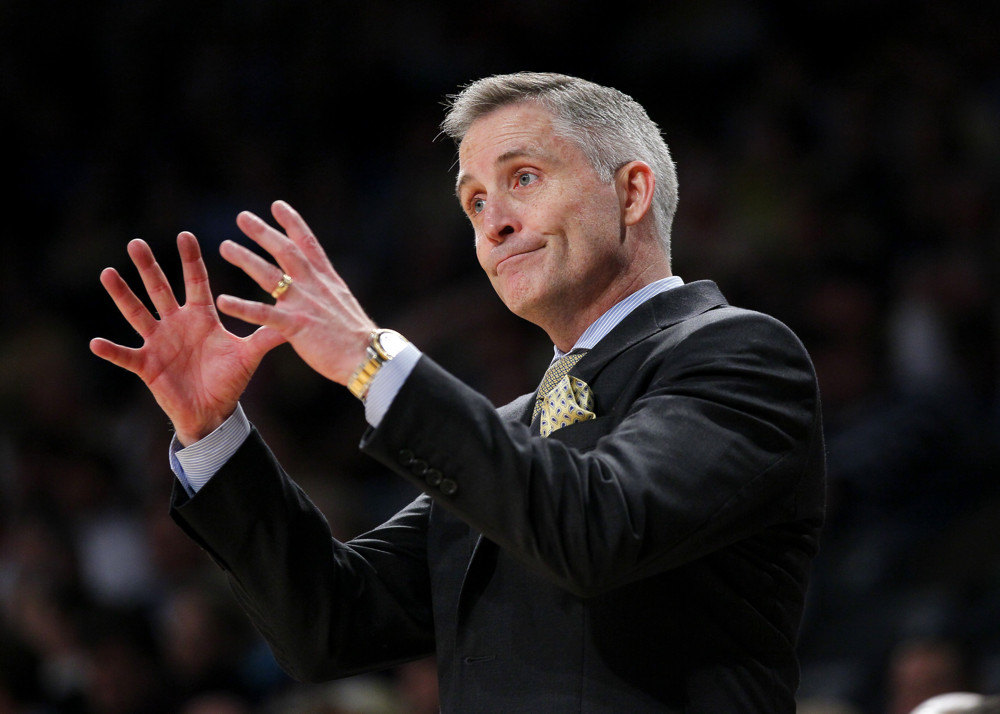 Brian Gregory was named the new head coach at South Florida on Tuesday. The news was first reported by FanRagSports.com, among others. Gregory is 248-180 (.579) in 13 seasons at Dayton and Georgia Tech. He was let go at Georgia Tech in 2016 after five seasons without an NCAA Tournament appearance. In 2015-16, the Yellow Jackets went 21-15 and reached the NIT quarterfinals. “We are very excited to welcome Brian, his wife, Yvette, and their daughters, Isabella and Elyse, to our Bulls family,” USF AD Mark Harlan said. “Brian brings vast head coaching experience to USF, a passion for coaching and mentoring student-athletes and a track record of leading successful programs. He has been a part of championship winning programs as a player, assistant coach and head coach and has built a very strong reputation as a tireless recruiter, skilled tactician and a coach who cares deeply about his players and graduating them. Brian will lead USF men’s basketball to a very exciting future.” A former Michigan State assistant, Gregory spent this season attending practices and games at Michigan State while observing coach Tom Izzo. Gregory replaces interim coach Murry Bartow, who took over once Orlando Antigua was fired in January. “I would like to thank President Genshaft and Mark Harlan for the tremendous opportunity to lead the men’s basketball program at USF,” Gregory said. “I am very excited to get to work, to talk with the players and to meet Bulls Nation and the Bay Area community. USF is a terrific university with great facilities, an excellent conference and located in a beautiful area with great basketball talent. My family and I are very excited to join the Bulls family.” GEORGE WASHINGTON TO MAKE JOSEPH FULL-TIME George Washington has offered its fulltime head coaching job to interim coach Maurice Joseph and he is expected to accept, a source confirmed to ZAGSBLOG. “Offered it and accepting,” one source said. The new was previously reported by FanRag Sports and other outlets. Joseph, 31, went 19-14 overall and 10-8 in the Atlantic 10 this season after taking over for Mike Lonergan, who was fired prior to the season Photo:
Todd Kirkland/Icon Sportswire
Follow Adam Zagoria on Twitter
And like ZAGS on Facebook