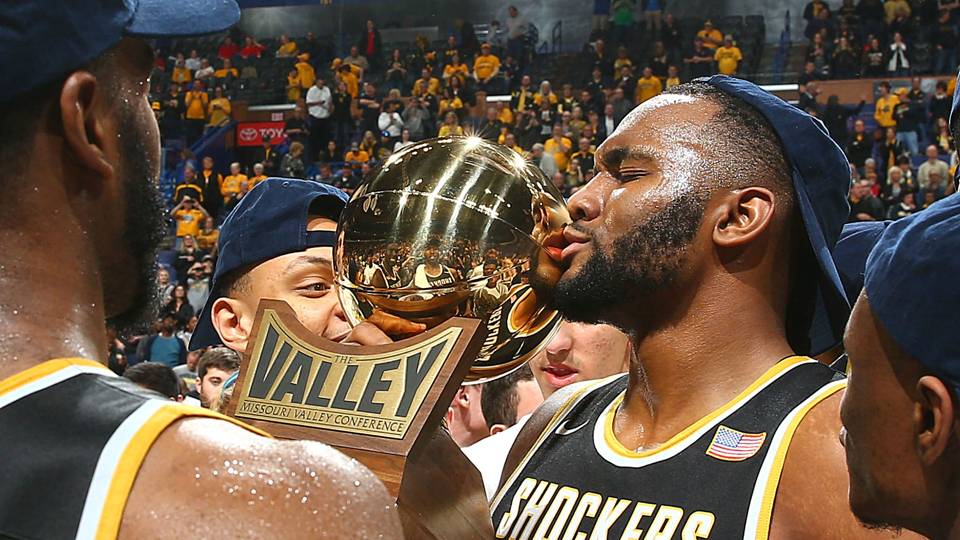 Despite losing the top three scorers from 2016’s NCAA Tournament at-large qualifier, this year’s Wichita State Shockers have developed into a formidable squad.

They’re ranked No. 21 in the AP Poll, No. 22 in the Coaches’ Poll, 10th in the KenPom efficiency rankings, and now have a 30-4 record after defeating Illinois State in the Missouri Valley Conference Tournament championship game, 71-51.

It has been a down year for the MVC, with Illinois State being the only solidly top-100 team. The Redbirds and Shockers went a combined 36-0 against the rest of the conference and both won their home regular season meeting against each other.

In Sunday’s rubber match, Wichita State took an early lead on its way to the comfortable win. Gregg Marshall’s team maintained a consistent buffer, answered back after a few ISU runs, and then wore a strong Redbirds team down as the lead expanded.

Unfortunately, RPI has the Shockers ranked 42nd. Though it’s a dubious means of determining the quality of a basketball team, RPI is still a valued metric to the NCAA Selection Committee. Combine that with a “mid-major” pedigree and you’ve got a Wichita State team which was living on the bubble before it clinched an automatic berth Sunday afternoon.

The Shockers’ best non-conference victory is against Oklahoma on a neutral court, a sore spot on the postseason résumé which will negatively affect seeding. Other attempts for a notable non-league win, against Louisville, Michigan State, and Oklahoma State, were unsuccessful.

“If you want to go back to the beginning of the year,” Marshall explained. “We were trying to figure out our rotation, and we lost five seniors. I think 3 1/2 starters, if you will, two guys that are playing in the NBA,” he added, referring to Ron Baker, now the Knicks’ backup point guard, and Fred VanVleet.

“We don’t recruit five-star guys,” he continued. “At least we haven’t gotten any… It’s hard plugging in guys.”

Over time, however, this team has gelled. It now boasts a balanced scoring attack and a deep rotation committed to playing aggressive defense. The Shockers have won 15 games in a row, 21 of their last 22, and the tournament title eliminates any drama there might have been heading into Selection Sunday.

“I’ve said all along I think this is a team that can win several games in the NCAA Tournament,” Marshall told CBS. “I knew that because we were young and played the top teams in our schedule early and struggled… that it was going to be hard (to qualify at-large), we wanted to take it out of their hands.”

One of the Shockers’ strengths is that any player can lead the team on a given night. Lately, it has been junior guard Conner Frankamp, who’s averaging 14.6 points per game in his last five and earned Conference Tournament MOP honors. He dropped 19 Sunday while going 3-of-6 from long range.

Soon, they may shed the mid-major label the same way No. 1 Gonzaga has—the Bulldogs have been signing national recruits for a while now. The Shockers have a lot in common with the West Coast Conference power, except they’ve been to a Final Four.

In addition to 2013’s national semi-final appearance, Wichita State made the Sweet 16 in 2015 and has won at least one NCAA Tournament game in each of the past four seasons. There is a very good chance it becomes five in a row in 2017.

Marshall, already one of the highest-paid coaches in the country, may have everything he needs to build a national power in Wichita, especially if reports of a conference upgrade come to fruition.

He may find greener pastures, though, as his stellar qualifications put him on every short list of candidates when major jobs open up. The latest rumor millers are sending him to Missouri, who will be letting go of Kim Anderson.

“I really don’t have a crystal ball,” Marshall said in response to speculation he may be a candidate for the opening. “I could easily retire at Wichita State, if they will have me.”

He’s in a good situation, and rocking the boat is always a risk, but Marshall did admit another opening could sway him.

“The nice thing about having success and doing it the right way with quality young people is when you have opportunities… if you want to listen — and we do — then we see how that goes. But right now we’re in a great place,” he said. “My family’s very happy in Wichita.”