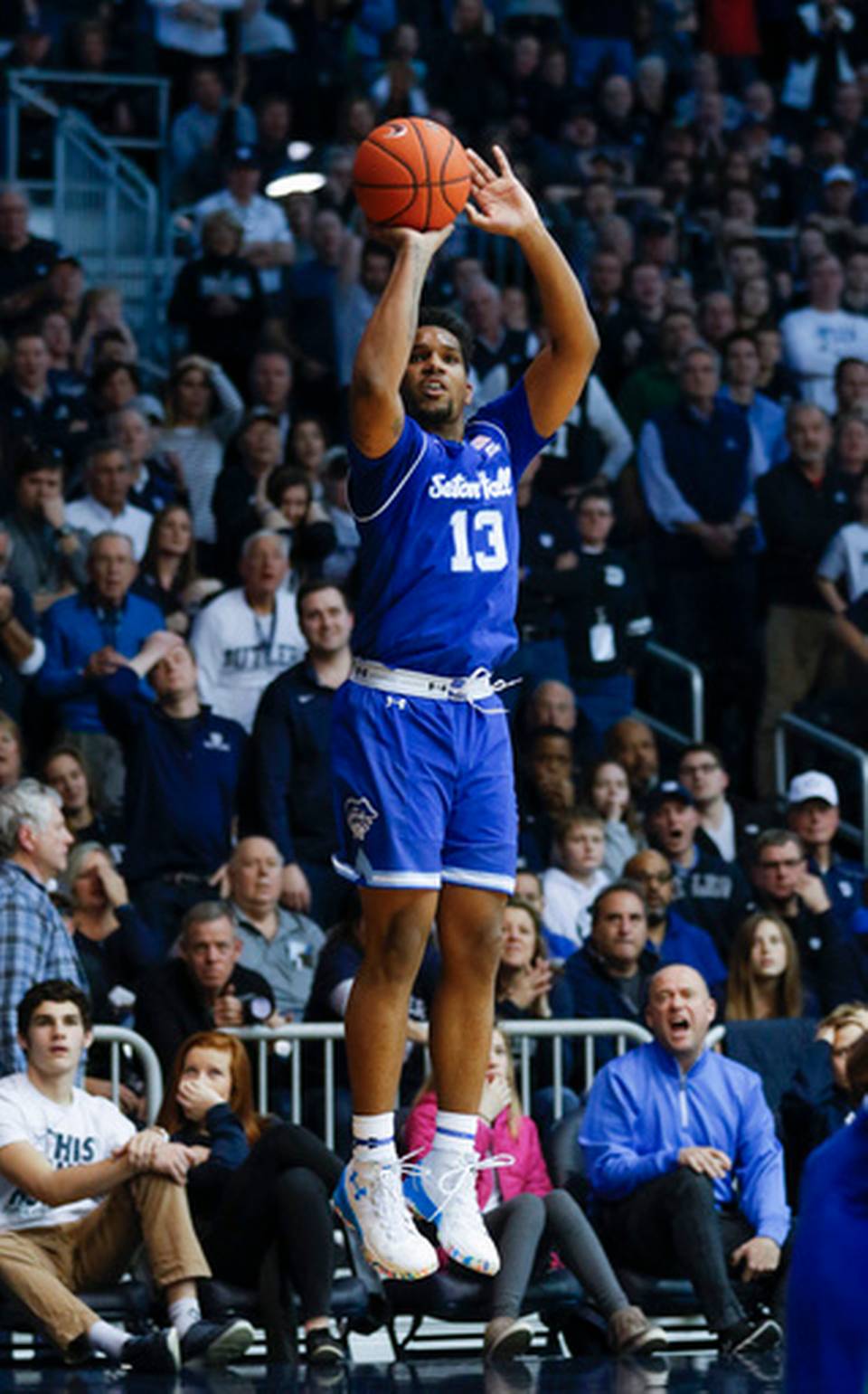 By: MIKE McCURRY Two weeks ago, Seton Hall looked shot. Coming off a 22-point home loss to Villanova, the Pirates were 6-8 in league play, further distancing themselves from the bubble with every passing loss. Yet here the reigning Big East Tournament champions are, winners of four straight following a 70-64 triumph at No. 13 Butler on Saturday. The winning streak, during which Seton Hall has compiled two RPI Top-50 victories in Xavier and Butler, has been achieved via a combined 19 points. Kevin Willard and company are suddenly pulling out these close-knit affairs—a drastic change from the first half of conference action—which has them in prime position to reach the NCAA Tournament in consecutive campaigns for the first time since the early 1990’s. The Pirates trailed Butler by 10 at the 7:00 mark of the second half before ending the game on a 23-7 run. Desi Rodriguez poured in a game-high 21 points—the junior is averaging 22.3 points during the four-game winning streak—while Angel Delgado collected 20 points on 9-of-12 shooting to go along with 16 rebounds for his nation-leading 25th double-double.

Myles Powell saved six of his eight points for the final 4:01, with the freshman providing the three-point dagger on a broken play, extending the Hall lead to four with 35.1 ticks remaining.

Seton Hall was rewarded the 5th-seed in the Big East Tournament and will open up on Thursday at Madison Square Garden against 4th-seeded Marquette. More importantly for the Pirates, they are now one of ESPN’s Joe Lunardi’s “Last Four Byes,” a testament to just how far they’ve come over the last 14 days. Photo: AP

Handicapping the Conference Player of the Year Races: Big East