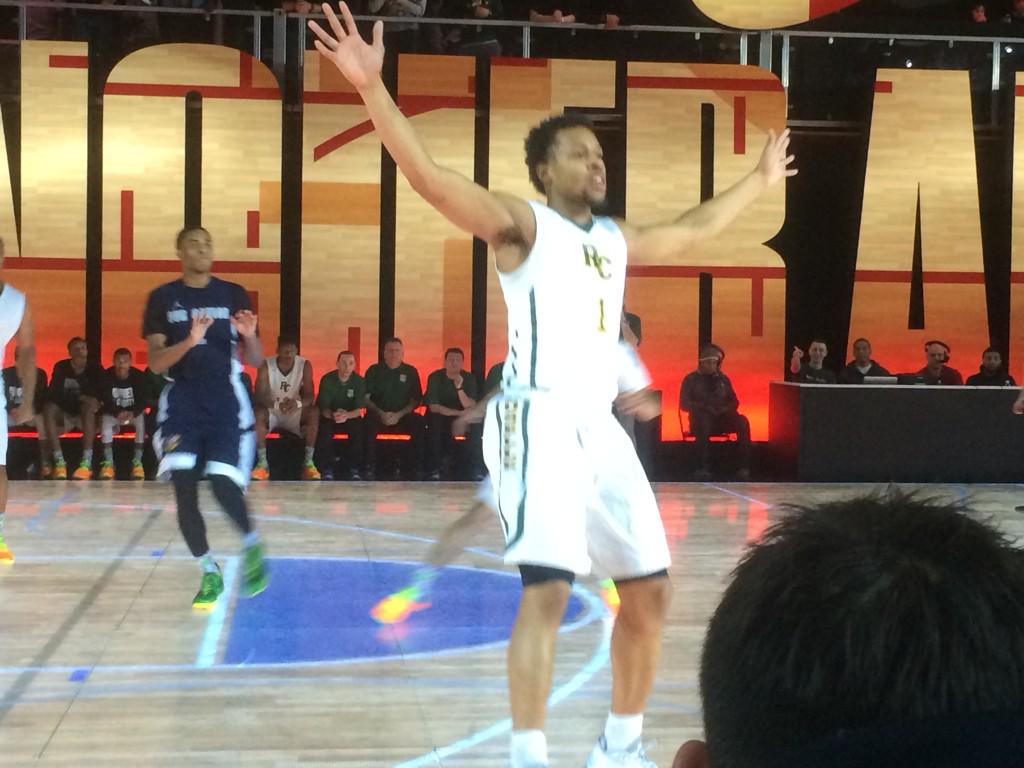 By CHRIS RUSSELL & ADAM ZAGORIA NEW YORK — A few hours before watching his current NBA All-Stars, Kentucky coach John Calipari sat courtside at the Nike Zoom City Arena in lower Manhattan watching a couple players he hopes follow the All-Star path. In a nationally televised game played in a state-of-the-art basketball facility featuring a full-sized LED basketball court that brings graphics and video to life, Kentucky-bound point guard Isaiah Briscoe went for 29 points as Roselle (N.J.) Catholic took out Kentucky target Cheick Diallo and Our Savior New American, 63-59. “Coach [Calipari] was here to check me out and wish me a good game,” Briscoe told SNY.tv. after the game.  “He’s been busy but the games that he’s came to, he’s came to.” The 6-foot-9 Diallo had 16 points and 9 rebounds in the loss. He is considering Kentucky, Kansas, Iowa State, St. John’s and Pitt and will commit in the spring. Briscoe, who is confident that Callaway (MS) guard Malik Newman will end up at Kentucky, added that he would like to play alongside Diallo in college. “Absolutely, he’s a great player, great rebounder and shot blocker,” said Briscoe.  “I play against Cheick all the time.” Diallo was not made available to the media. His team was coming off a win over Linden (N.J.) on Friday in which he went for 23 points. Calipari is in town for the All-Star festivities. He has five players participating in All-Star weekend, including John Wall and DeMarcus Cousins in Sunday’s game. Iowa State coach Fred Holberg and St. John’s coach Steve Lavin didn’t make it due to weather issues. Briscoe did most of his scoring on Sunday from the free throw line, connecting on 19-of-22 foul shots.  Briscoe also posted 5 rebounds, 2 steals and 2 assists in the victory. “Yeah, he [Briscoe] got hit in the shin pretty good but we’re going to get him iced up for our next few games,” said RC head coach Dave Boff.  “Isaiah continues to work on his consistency from his jump shot and intensity on the defensive end.” Briscoe wasn’t planning on attending the All-Star Game, but making the NBA — and then the All-Star roster — is a goal that he wants to achieve. “I’ve been talking to John Wall, Kyrie [Irving], Mike Carter-Williams, Melo,” said Briscoe.  I’m trying to get to where they are.  I’d rather be at my first All-Star event when I’m playing.” Briscoe had little time to recover, coming off a loss Friday night to LSU-bound Ben Simmons and Montverde (FL) Academy. “I wish our whole schedule is like that,” said Briscoe.  “The only way that you are truly the best is if you go out night in and night out.  My dreams of going to the NBA, night in and night out is against the best players.”   Follow Chris on Twitter