Vaccaro: Rutgers Players Should All Get Waivers to Play Elsewhere Next Year | Zagsblog
Follow @adamzagoria

Vaccaro: Rutgers Players Should All Get Waivers to Play Elsewhere Next Year 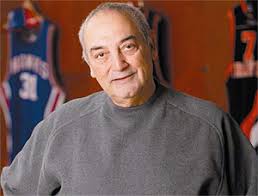 ATLANTA — If a college basketball player can get an NCAA waiver to transfer and play immediately because of a sick father or grandmother, he should also get one after his coach hurls basketballs and gay slurs at him. That is the situation for the current members of the Rutgers basketball team. Three players — Jerome Seagears, Malick Kone and Vincent Garrett — all said they would transfer before the Mike Rice videotape scandal broke. Now the others could follow suit. And if they do, the NCAA shouldn’t hesitate for one second to let them play immediately next season at another school. “This is a situation where it’s not even a second thought,” Sonny Vaccaro, the Godfather of grassroots basketball and a longtime advocate for players’ rights, told SNY.tv by phone Sunday morning. “It’s something put on them by others and they were innocent. They should be able to leave right now if they want to, with no questions asked from anybody. The administration, nobody. They should have the freedom to choose a new environment. “The kids should have the freedom to choose a new environment without restrictions.” Vaccaro is not alone in his thinking. The fate of the Rutgers’ players is a hot topic at the Coaches’ Convention here, with several coaches we spoke with agreeing that the players should get waivers to play immediately. “I definitely think so,” one Pac-12 assistant told SNY.tv. “Yes, I think they will get a waiver,” one Big East assistant added. What’s also interesting here is that because Rutgers is leaving the Big East and heading to the American Athletic Conference next season before joining the Big Ten in 2014, the Rutgers players could transfer to schools in the new Big East. That includes local options like St. John’s, Seton Hall, Villanova, Providence, etc., to say nothing of schools in other conferences. “They should have the freedom to do what they want because they haven’t committed any wrong,” Vaccaro said. “It’s a new environment and their choice of school should be whatever they school they want to go to. “There are no restrictions on boundaries, states or leagues. None. This is something you do for the athletes, without question. It shouldn’t even be debated.” Hard to argue with Sonny on this one.

Russdiculous 'Leaning Towards Coming Back' to Louisville