NEW YORK — Iman Shumpert made his 2013 Madison Square Garden debut on Monday, but it didn’t work out the way he had hoped.

Shumpert started and went 1-of-6 for 2 points with 4 rebounds as the Knicks lost to the rival Nets, 88-85, evening the season series at 2-2.

He was 0-for-3 from deep after he had gone 2-of-3 from long range in last Thursday’s win over the Detroit Pistons in London. That was his first game back after ACL surgery. SPRINGFIELD, Mass. – Todd Simon picked up his phone to send Michael Peck a text message before taking the court at the Blake Arena on Monday afternoon.

“Oh, yeah, we talk all the time,” smiled Simon, who took over the desert-based powerhouse for Peck after the accomplished leader was named head coach of the Idaho Stampede, the D-League affiliate of the Portland Trail Blazers.

Anthony’s missed shot followed a go-ahead fallaway jumper by Joe Johnson over J.R. Smith that put the Nets up for good, 85-84. 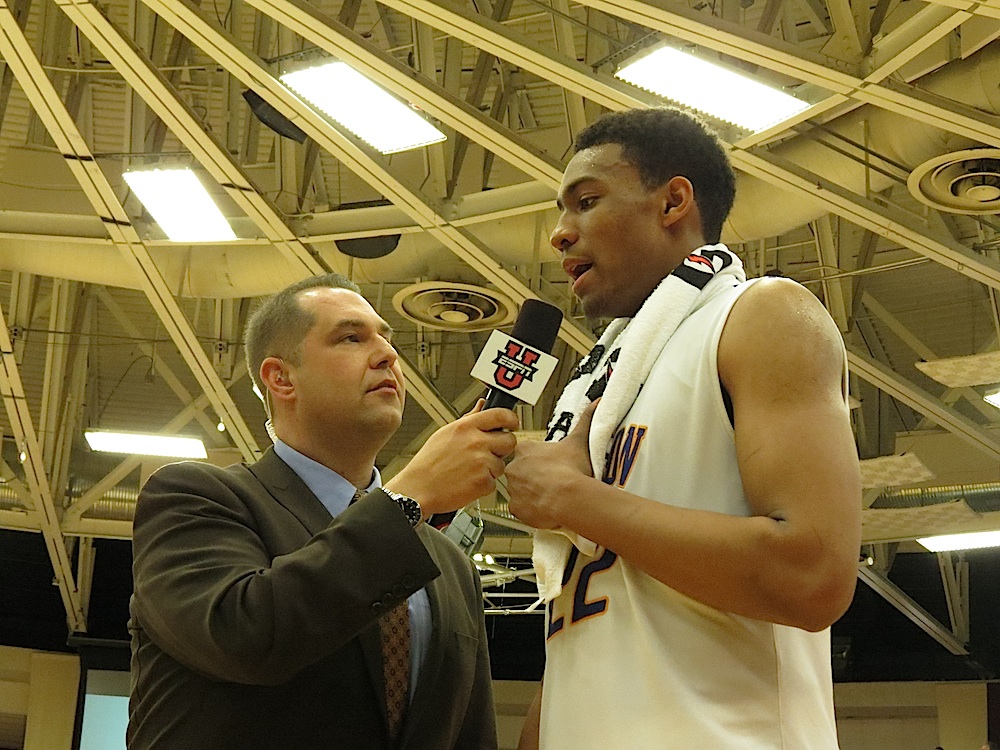 SPRINGFIELD, Mass. – What do Jay Z, Bill Clinton, John Legend, the Baltimore Ravens and Jabari Parker all have in common?

They were all trending nationally on Twitter moments after the Duke-bound Parker scored a game-high 28 points and helped Simeon (Ill.), ranked No. 11 in the USA Today national poll, hold off No. 10 Oak Hill Academy (Va.), 81-68, at the 2013 Spalding Hoophall Classic on Monday afternoon.

The 6-foot-8, 220-pound Parker is the No. 2 prospect in the Class of 2013, and four weeks ago chose Duke over Michigan State, Florida, BYU and Stanford, ending an intense process during which schools, coaches, scouts, reporters and television personalities were all gunning for answers.

After leading Simeon to three straight Illinois state championships and earning the 2012 Gatorade National Player of the Year, Parker is aiming to amass more achievements – not just becoming a visible icon in social media circles — with a clear mind. 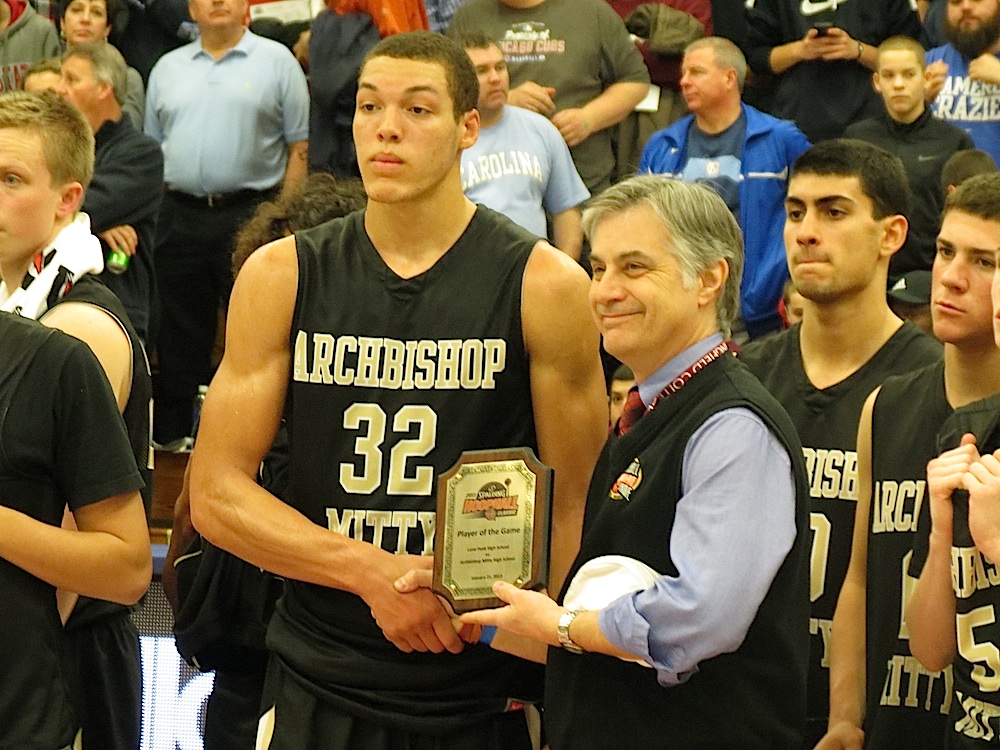 No, that was Aaron Gordon, a high school senior who simply laughs off the comparison.

It’d be easy to mistake the two, however, considering the way Gordon was flying over opponents and flushing some entertaining dunks that livened up a packed crowd at Blake Arena on the campus of Springfield College on Monday afternoon. Perhaps that’s why scouts shouldn’t judge the 6-foot-8 freakishly athletic wing by just the calculus, but by his impact on the event and how he took over a crowd in an otherwise yawner of a contest.

One veteran NBA scout who attended No. 6 Syracuse’s 70-68 victory over No. 1 Louisville on Saturday broke down several key players in the game for SNY.tv.

“He’s very well thought of up there by all the people because of his great work ethic. He’s a genuinely nice person.

GREENBURGH, N.Y. — Iman Shumpert will make his Madison Square Garden debut this afternoon and expects to crack a big smile.

“It’s going to be everything,” the second-year Knicks guard out of Georgia Tech said after practice Sunday. “That will put a big smile on my face. Even though I’m supposed to have a game-face I’ll probably have a smile for the first couple trips down.”

Shumpert played in his first game back from left ACL surgery in London last Thursday when the Knicks beat the Detroit Pistons, 100-87. He notched eight points and two rebounds in 15 minutes.

“I was just happy to play again,” Shumpert said. “And I was happy that a lot of the things that I was doing in my rehab, just constantly shooting corner 3’s, I was able to get two or three attempts at that. I was able to knock two of them down, trying to take the pressure off Melo a bit. I was able to get out in the open court, do a little Euro-step, that’s a lot of stuff that I’ve been working on just to test the power of my left leg.”