Larry Brown Sounds Off On Lin

The Knicks have not and are not

Markus Kennedy Trading One Big East School for Another

NORTH AUGUSTA, S.C. — Markus Kennedy is leaving the Big East, only to return in 2013.

The 6-foot-9 former Villanova big man Tweeted that he’s transferring to SMU, and the move was confirmed by SMU sources.

After sitting out the 2012-13 season while SMU remains in Conference USA, Kennedy, a Philadelphia native, will return to the Big East with SMU beginning in 2013.

The Who Announce Quadrophenia Dates This will not be the first time The Who has toured performing its 1973 double-album about alienation, mods and rockers. The band took Quadrophenia on the road in North America and Europe in 1996 and ’97.

Here are the tour dates: 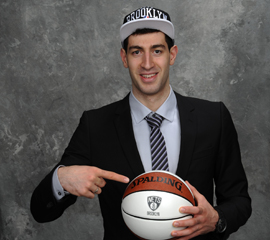 All Tornike Shengelia wanted was an opportunity with the Nets. Once he got one, he made the most of it and is now a part of the move to Brooklyn.

Shengelia, a versatile 6-foot-9 forward who was an afterthought on draft night just two and a half weeks ago, has reportedly agreed to terms with the Nets on a two-year contract for approximately $500,000 per season.

“It can be looked at as a ridiculous contract in the sense that it’s a $5 [million], a $5 [million] and a $15 [million over the first three years],” Novak told SNY.tv Wednesday at the Steve Novak Basketball Camp at Sleepy Hollow High School.

“It is kind of ridiculous in terms of the structure. I don’t think in terms of Jeremy’s value that it’s ridiculous. I think everybody knows that. He’s very valuable….I wasn’t there when Carmelo said it but ‘ridiculous contract,’ I think probably means more the fact that there’s a max offer being offered in the third year when the first two was a five.”

As we head into July’s second live period, Kentan Facey is one of the hottest names on the AAU circuit.

A 6-foot-9, 205-pound power forward from Long Island Lutheran, Facey excelled at the LeBron James Skills Academy and in Indianapolis and will play this weekend with his New Rens team in Philadelphia.

“So far I’ve been playing a lot better and I have more confidence than what I was before,” Facey, a native of Jamaica who has been in the U.S. for about two years, told SNY.tv Wednesday on his way to Philly. “That’s the major difference right now, just a lot of confidence.” 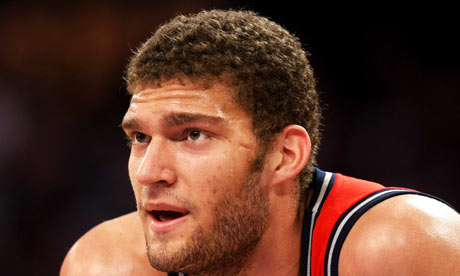 The Brooklyn Nets head coach didn’t want Lopez, the team’s newly re-signed center, to respond to a question about what could happen when January rolls around and Lopez is a part of trade rumors involving Dwight Howard again.

“Whenever a free agent signs a contract, I don’t think the possibility of you being traded in January ever comes up,” Johnson said at a press conference for Lopez on Wednesday in Brooklyn. “That would be a first for me, and I’ve been in the league over 20 years.”