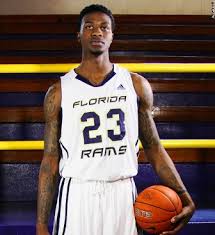 Below is the release from the NCAA which impacts the New England Playaz, Florida Rams, Worldwide Renegades and SEBL Elite All-Stars. None are Nike teams and none are in the Peach Jam, so that event won’t be impacted. Still, the players from these teams can play with other teams this summer, so expect a feeding frenzy over top players like Chris Walker (pictured) and Kasey Hill of the Florida Rams. “I don’t know what I’m going to do,” Walker told SNY.tv. Andy Miller, the agent in question, did not immediately return a phone call seeking comment. Here’s the NCAA release: Due to ties with an agent, nonscholastic teams affiliated with three team administrators may not participate in NCAA-certified summer basketball events following a decision today by the NCAA. However, the individual prospective student-athletes’ eligibility has not been impacted and they will still be able to compete on other nonscholastic teams. The decision also affects one nonscholastic coach, whose team may continue to compete once it disassociates from him. The NCAA enforcement staff obtained a copy of an email sent from sport agent Andy Miller’s account imploring team administrators TJ Gassnola, Desmond Eastmond, Matt Ramker, nonscholastic coach Tony Edwards and others to more effectively recruit top draft picks for ASM Sports agency. The NCAA enforcement staff interviewed the four individuals and, based on available information, has determined there is a prohibited association between them and a sports agent. “I get tired of being the 1 guy that has to get the 1st rd [sic] picks every year. I’d be happy to help you get guys + lend support. You have to want it + have to hustle. To create situations to manifest chaos + plow down walls to open up new opp’s [sic],” the email stated. “We’re facing a summer with no revenue. Yet, everyone will expect their checks, expenses reimburse [sic], etc. I try to give a consistant [sic] platform inorder [sic] to facilitate production. Am I getting the level of production in return that I want or expect?…You decided to be apart [sic] of it on some level…Do more than just give it thought, act on it.” To ensure that agents and third parties aren’t asserting undue influence on prospective student-athletes, NCAA rules prohibit agents or their associates’ involvement with NCAA-certified summer basketball teams and events. The three affected team operators and one nonscholastic coach were affiliated with New England Playaz (17U and 16U), Worldwide Renegades (17U, 16U and 15U), Florida Rams (17U and 16U) and SEBL Elite All-stars (17U and 15U).  As a result, if these teams compete in an NCAA-certified event while affiliated with these individuals, the event operator may be in violation of the NCAA basketball event certification requirements. With several certified summer basketball events scheduled for the coming days and weeks, the NCAA is communicating directly with the prospects, event operators and affected individuals to ensure these prospects have every opportunity to play. The national AAU organization has also volunteered to assist with the efforts to connect prospects with available teams. NCAA coaches and members have been very clear that agent involvement in the nonscholastic basketball environment is a major concern. The rules restricting agent involvement are designed to protect and promote the well-being of participants in these events.