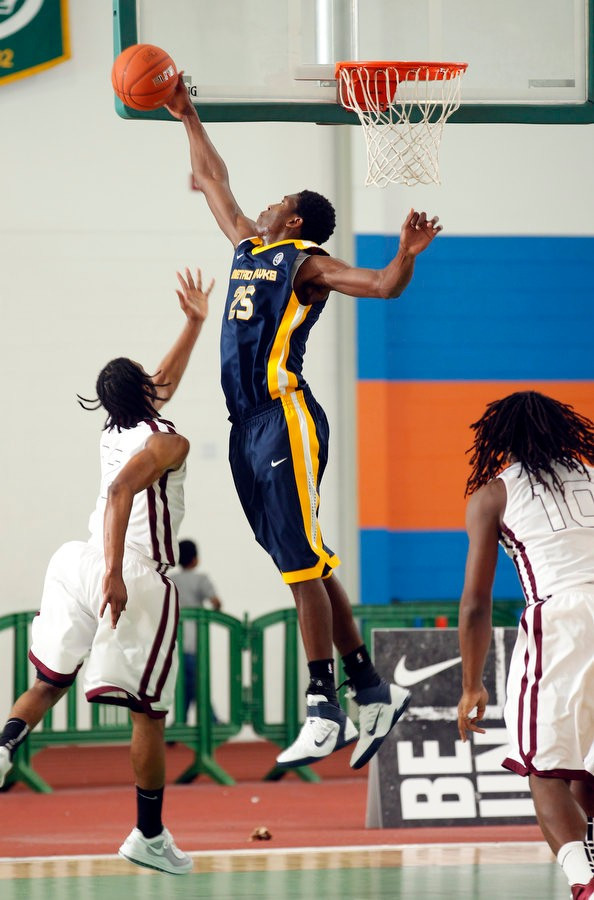 It’s nearly June and it’s been two weeks since the NCAA late signing period ended, yet Chris Obekpa still remains on the board. “I asked him [Tuesday] if he’d made a decision and he said he hadn’t,” Pastor Ronald Stelzer, the founder, headmaster and basketball coach at Our Savior New American School told SNY.tv Wednesday by phone. Pastor Stelzer said he was not aware of any timetable for Obekpa’s decision. The 6-foot-9 Obekpa and his handlers have been conspicuously quiet as of late, but sources told SNY.tv that St. John’s and Cincinnati remain the favorites. One source said St. John’s led early, and Cincinnati led more recently. “Now it’s tight,” the source said. St. John’s recruiting class currently includes five incoming players, including wing Felix Balamou, Obekpa’s Our Savior teammate, and St. John’s head coach Steve Lavin and Obekpa remain in touch on a weekly basis. The Johnnies have some wiggle room in terms of scholarships should Obekpa opt to stay local. The No. 15 center in the Class of 2012 per Rivals, Obekpa is also considering Providence, DePaul, UConn and Oregon.