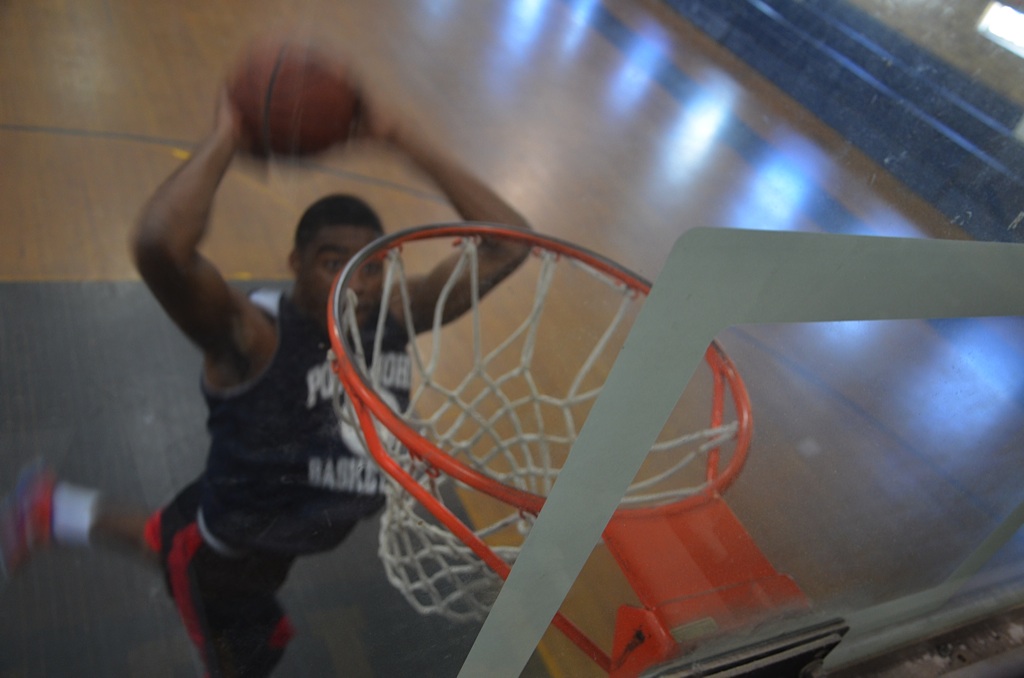 Jermaine Lawrence is tearing it up. The 6-foot-10 forward from the New Rens 17U team has knocked down 13 3-pointers in three games at the Philly JamFest, including six in Friday night’s 61-59 overtime win. “He’s really, really shooting the ball well and doing a lot of things well,” Pope John (N.J.) coach Jason Hasson told SNY.tv. Kansas coach Bill Self watched both of Lawrence’s games Saturday and Rutgers coach Mike Rice and Cincinnati assistant Darren Savino were also on hand. Along with Kansas, Rutgers and Cincinnati, Hasson said both St. John’s and Syracuse are working hard for Lawrence. “St. John’s, they’ve been coming pretty hard,” Hasson said. “Rutgers for sure. Syracuse was going pretty hard.” Hasson has coached both Tyreke Evans at American Christian and Kyle Anderson at St. Anthony and says Lawrence is comparable in talent to those two. “Other than Kyle Anderson and Tyreke Evans, he’s the best player I’ve ever coached,” Hasson said. “He’s going to be a pro, I think,” Hasson added. “He can handle the ball, he can shoot. He kind of modeled his game after Kevin Durant, that style of play. He can also post up, he’s not just a perimeter guy “He can play everywhere. His shot is getting more consistent.” Lawrence averaged 25 points, 12 rebounds and eight blocks in eight games at Pope John after transferring from Cardozo. Next year he will join a loaded Pope John club that will include 6-6 2013 power forward Patrick Mekongo, 6-5 2014 small forward Ryan Izzo, 6-2 2014 point guard Noah Brown and 6-2 2015 shooting guard Matt Zignorski. Before then, Lawrence has a summer stocked with big events, including the Kevin Durant and Lebron James Academies, the NBA Top 100 Camp and the Pangos All-American Camp. Photo: Jason Hasson