Amar’e Could be Done for Series After Lacerating Hand Just when you thought things couldn’t get much worse for the Knicks, Amar’e Stoudemire suffered a self-inflicted wound and could miss the remainder of the series against the Miami Heat.

Following the Knicks’ 104-94 loss in Miami, Stoudemire reportedly punched the glass encasement of a fire extinguisher and suffered a laceration to his left hand. He was treated by paramedics, received stitches and left the arena with his hand heavily bandaged and in a sling.

Stoudemire did not speak to reporters in Miami after the game, but later wrote on Twitter: “I am so mad at myself right now, I want to apologize to the fans and my team, not proud of my actions, headed home for a new start.” 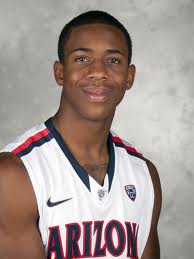 “Josiah will land at SMU as long as the recent arrest doesn’t turn coach [Larry] Brown and others off at the University,” a source with direct knowledge of the process told SNY.tv.

Turner, 19, was arrested this past week on “extreme DUI suspicion,” blowing a 0.15 or 0.16, per Bruce Pascoe of the Arizona Daily Star.

After initially saying he would announce Tuesday for either Kentucky or North Carolina, Troy Williams has postponed his decision.

“Postponed the decision for a while, gonna set up a new date later on this week,” he wrote on Twitter. “Didn’t feel right waking up this morning.”

Boo Williams, Troy’s uncle, told SNY.tv: “We’ll regroup and see where he’s going from here. He’s a kid, it’s hard to say. I don’t know if he’s gonna move it a week or a month or move it to July.”

Earlier, the 6-foot-7 wing from Phoebus (Va.) High told the Louisville Courier-Journal: “They’re both good schools. They’re like the top two programs out there right now, so it’s going to be a hard decision. But it will come down to which coach I like the best.”

Norvel Pelle Still on the Board

Norvel Pelle, the Rivals No. 1 center in the Class of 2011, remains on the board and is wide open in his recruitment — with only about two weeks to go before the end of the late signing period May 16.

The 7-foot Pelle originally committed to St. John’s and was part of Steve Lavin’s heralded recruiting class before he finally decommitted last November.

Rasheed said “a number of schools” were interested in Pelle, who attended Dominguez High and lives in Long Beach, Calif.

Former Xavier guard Mark Lyons is focusing on three schools and is in the process of setting up visits.

“I’m thinking [about] UK, Arizona and Kansas,” he told SNY.tv Monday by phone.

No visits are currently set up for the junior transfer.

“Not right now,” he said. “I’m in the process of that. I’m also taking finals right now so I’m also trying to finish that up.”

Injuries, Suspensions Open Up the East for Miami

Two gruesome injuries and a likely suspension are bad news for the Knicks, Chicago Bulls and Boston Celtics but they all appear to pave the way for the Miami Heat to repeat as Eastern Conference champions.

With the ACL injuries to Iman Shumpert of the Knicks and Derrick Rose of the Bulls and Rajon Rondo likely to be suspended in Game 2 of the Celtics-Hawks series for bumping an official, the East has opened up for Miami in a big way.

“It sure is, but the goals don’t change for the Miami Heat,” ESPN NBA analyst Jalen Rose said Monday on “Mike & Mike.”

Maryland’s Stoglin Headed to the NBA

Maryland sophomore guard Terrell Stoglin will declare for the NBA Draft after he was suspended for all of next season.

Inside Maryland Sports broke the story and the Baltimore Sun also reported the news.

A native of Tucson, Az., he decided prior to Sunday’s NBA deadline.

The move came after both Stoglin and teammate Mychal Parker were suspended from the team for a year due to a violation of the University of Maryland Student-Athlete Code of Conduct.