With Amar’e Out ‘Indefinitely,’ ‘Melo Tweaks Groin in Win

NEW YORK — Amar’e Stoudemire is out “indefinitely” for the Knicks, and Jeremy Lin is also banged up.

Now the Knicks may have to add Carmelo Anthony to the injured list as well.

Anthony tweaked his groin making a spin move during the second half of the Knicks’ 89-80 win over the Milwaukee Bucks and said he will reevaluate it on Tuesday, when the Knicks are off. They host Orlando Wednesday

“If I had to play tomorrow I probably would, but we’ll see how it feels tomorrow,” said Anthony, who had game-highs of 28 points and 12 rebounds as the Knicks  moved 2 1/2 games ahead of Milwaukee for the eighth spot in the East.

He is headed to the NBA.

“I’ve decided to pursue my dream of becoming a professional basketball player by entering my name in the NBA Draft this spring,” he said in a statement. “I plan on signing with an agent.

NEW YORK — The Knicks’ prospects of making the playoffs, let alone making any kind of postseason run, became a whole lot cloudier Monday with the news that Amar’e Stoudemire is out “indefinitely” after an MRI revealed a a bulging disk in his lower back.

Point guard Jeremy Lin will also sit for tonight’s game against the Milwaukee Bucks — who trail the Knicks by 1 1/2 games for the eighth spot in the Eastern Conference — and is day-to-day with a sore left knee.

Stoudemire is in Miami seeking a second opinion on his back and may still opt to have surgery.

Isaiah Lewis, one of the top point guards in the Class of 2013 out of New York’s Christ the King High School, will be contributing periodically to ZAGSBLOG during his junior season. Here’s his second entry in which he discusses cutting his school list to five schools: Louisville, Kansas, Florida State, Georgia Tech and Memphis.

**Louisville — “I really like the ‘Ville. I think Coach [Rick] Pitino is a Hall of Fame coach. He knows how to win and gets the best out of his players. He is an uptempo-style coach and I love to run. The fan base is great at Louisville.

**Kansas — “A great tradition. Coach [Bill] Self is a great coach and a great guy also. I love how he runs his offense, letting his guards play pick and roll and letting them create. The fan base is crazy. Kansas fans support their basketball 100 percent and I love that. Coach [Joe] Dooley and coach[Kurtis]  Townsend are also cool. It’s also good to talk to them on the phone.”

I’ve seen in the neighborhood of 50 Allman Brothers Band shows in my life, but like most people, I’ve never actually seen them without an Allman Brother.

Gregg Allman missed the final night of the Beacon Theater run Sunday night with a bulging disc in his back and remained hospitalized.

It was a little surreal and certainly historic, but I thought the show was great even without Gregg. Jimmy Hall’s renditions of “Statesboro Blues and “She Caught the Katy” were epic. Warren’s “Soulshine” was, as usual, soulful. And the “You Don’t Love Me” to close it out brought the house down.

Still, you have to wonder how much he has left in the tank after enduring Hepatitis-C, a liver transplant and now this.

Here’ a great summary from the guys at Jambands.com:

Warren Haynes announced Allman’s absence at the start of the show and led the group through a marathon performance that stretched until almost 1 AM. Gregg Allman & Friends keyboardist Bruce Katz played organ and piano during the show while Haynes handled many of Allman’s trademark vocals. Though Allman missed a set in 1996 and the band played a “family jam” at Wanee when he was unable to perform, this is the first time The Allman Brothers Band has played a full, two-set show under their name without Gregg or Duane Allman.

Ohio State is the only team in this Final Four without a player from New Jersey’s powerhouse St. Basketball trio of St. Anthony, St. Patrick and St. Benedict’s.

But that’s apparently not for lack of trying.

“Well, we have recruited that area and you can see our success rate since we’re the only one that doesn’t have one,” Ohio State coach Thad Matta said Monday on a conference call. 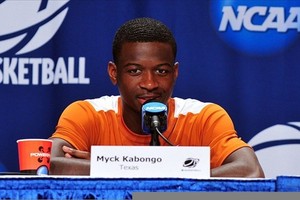 Texas freshman point guard Myck Kabongo announced Monday that he will return for his sophomore season.

Earlier he had Tweeted, “At peace with my decision and ready to move forward.”