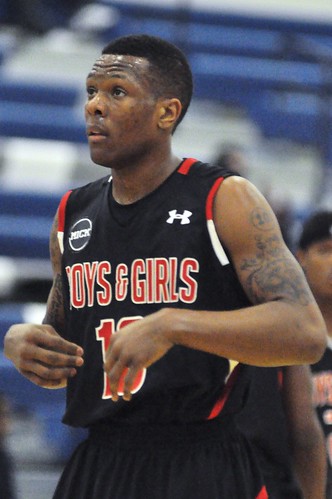 A week ago, Mike Taylor ended his six-game suspension at Brooklyn Boys & Girls High School. On Sunday, he and his teammates won back-to-back Public Schools Athletic League titles under head coach Ruth Lovelace with a 62-55 victory over Lincoln at Madison Square Garden. And this fall, he could be in the mix at the shooting guard spot for Rutgers coach Mike Rice. “I just learned I’ve got to take more responsibility for my actions,” said  the 6-foot-3, 205-pound Taylor, whose team will play in the New York State Federation semifinals March 26 in Albany, N.Y. Click here to read the full story at SBNation.com.