Renardo Sidney, a sophomore forward at Mississippi State, was suspended indefinitely for conduct detrimental to the team. “At this time, Sid is suspended for conduct detrimental to the team,” head coach Rick Stansbury said. “That’s all I’m saying. That’s all that needs to be said.” The Bulldogs play Washington State Wednesday at the Diamond Head Classic in Honolulu. Team spokesman Gregg Ellis told ESPN.com Sidney won’t be sent home from Hawaii but could miss the Bulldogs’ Dec. 29 game against Saint Mary’s in Las Vegas. The 6-foot-10, 270-pound Sidney sat out all of last season and was ordered to repay $11,800 in improper benefits related to his family’s move from Jackson, Miss., to Los Angeles. He debuted Saturday in a loss to Virginia Tech at the Atlantis Hotel and Casino on Paradise Island in Nassau, Bahamas, scoring 12 points and grabbing three rebounds before fouling out. GLOVER EARNS THIRD STRAIGHT MAAC PLAYER OF WEEK HONORS Iona junior forward Mike Glover of The Bronx was named MAAC Player of the Week for the third straight week. 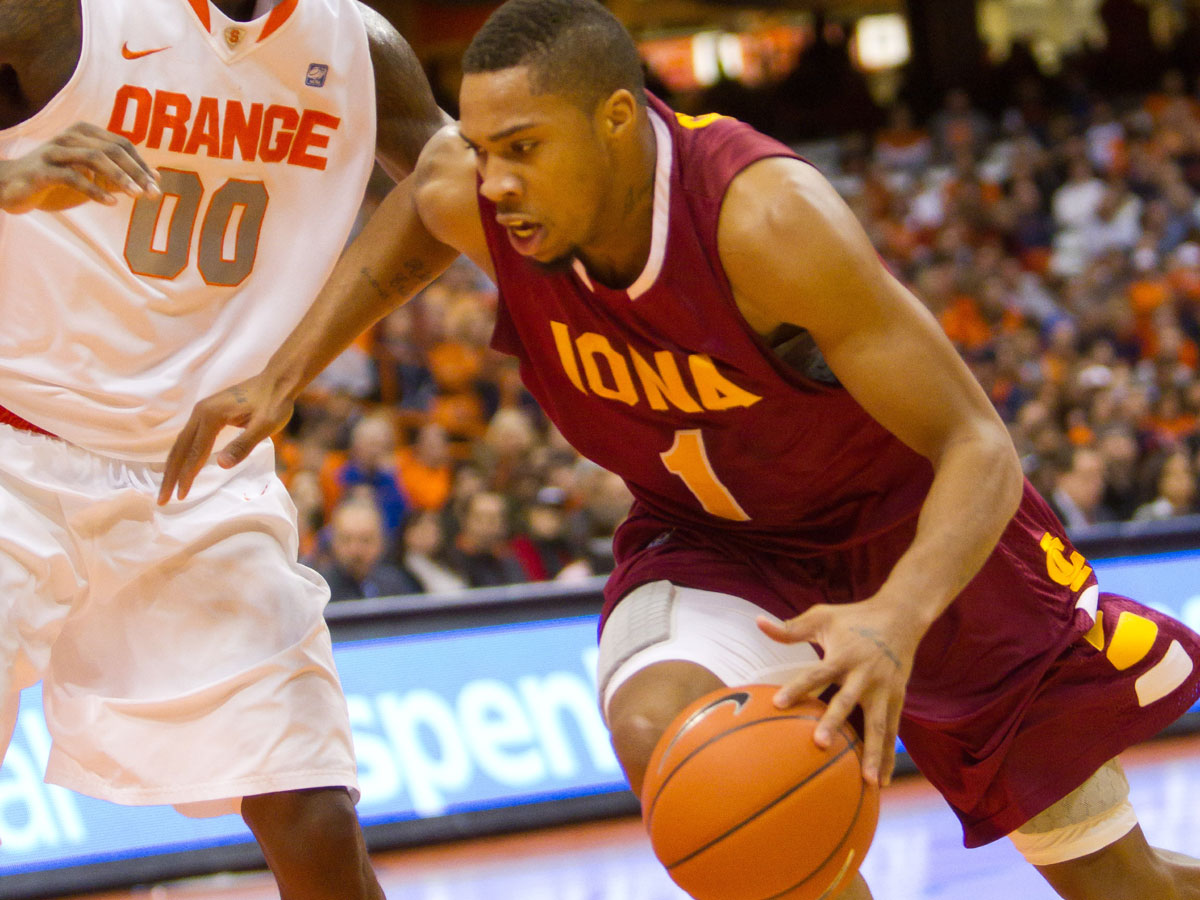 Glover netted a game-high 25 points and 15 rebounds when Iona lost to No. 5 Syracuse Saturday at the Carrier Dome. It was his sixth straight double-double. Glover is the sixth player since the 1986-7 season to win three straight MAAC Player of the Week honors, and the first since Niagara’s Charron Fisher in December 2007 and January 2008. Glover averages a MAAC-best 22.4 points and is shooting 64.1 percent from the field. He is second in rebounding (10.2) and 10th in blocks (1.1). Glover is 14th in the nation in scoring. He shared this week’s honor with Siena’s Ryan Rossiter, who netted 27 points and 12 boards last week against Florida Atlantic. Rossiter ranks second in the league in scoring and first in rebounding. The two will face off Jan. 3 in Albany. (Photos courtesy MSU and Iona) And like ZAGS on Facebook.