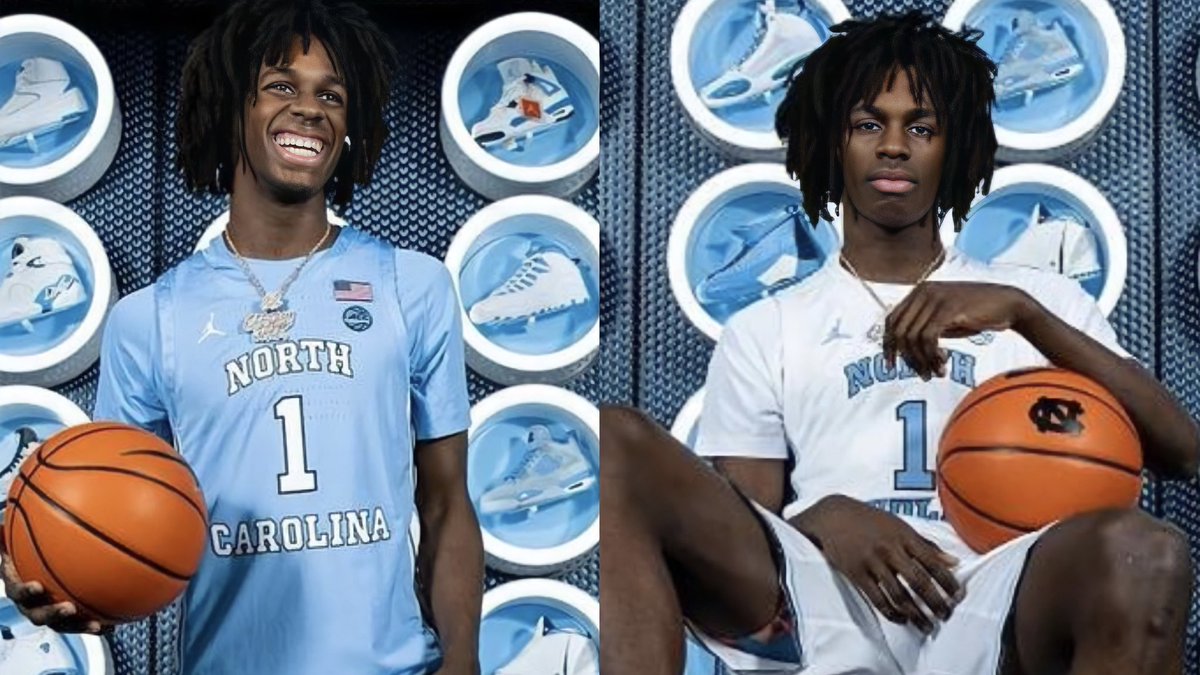 By ADAM ZAGORIA SPRINGFIELD, Mass –– Ian Jackson, the No. 2 overall player in the class of 2024, announced his college commitment to North Carolina Monday while speaking to ESPN analyst Paul Biancardi. The decision marked a shock to many since his Crystal Ball had been 100% in favor of Kentucky. He also considered Arkansas, which he visited last Wednesday “Just the family atmosphere,” Jackson said on ESPNU. “It was way different than any other visit I’ve been on. Me and (UNC head coach Hubert) Davis had a real connection… off the court.” The junior guard also confirmed that despite speculation he would reclassify to 2023, he will remain in the 2024 class. The commitment by Jackson added to a 2024 UNC class that was already ranked No. 1 by 247Sports. Jackson joins 5-star guard Elliot Cadeau, 4-star center James Brown and 4-star forward Drake Powell. UNC’s Davis watched Jackson on Sunday night while he played at the Hoophall Classic in a loss to Kentucky commit Justin Edwards and Imhotep (PA). Davis is fond of tough guards from New York and New Jersey. The Tar Heels currently feature junior point guard R.J. Davis from White Plains (N.Y.) Archbishop Stepinac and next year will add five-star point guard Simeon Wilcher of Roselle (N.J.) Catholic. “Playing with King Rice and Brian Reese and Derrick Phelps and guys that had a chip on their shoulder and an edge about them in terms of competitiveness, that’s what you want because you want guys that have been through the fire,” Davis told ZAGSBLOG in September, speaking generally about New York and New Jersey players. “College basketball is hard, playing at North Carolina is hard, you’re going to get knocked down and you want guys that have a fight to be able to persevere and get back up and continue to compete and I haven’t met anybody from this area that doesn’t have that in their personality.” Follow Adam Zagoria on Twitter Follow ZAGSBLOGHoops on Instagram And Like ZAGS on Facebook