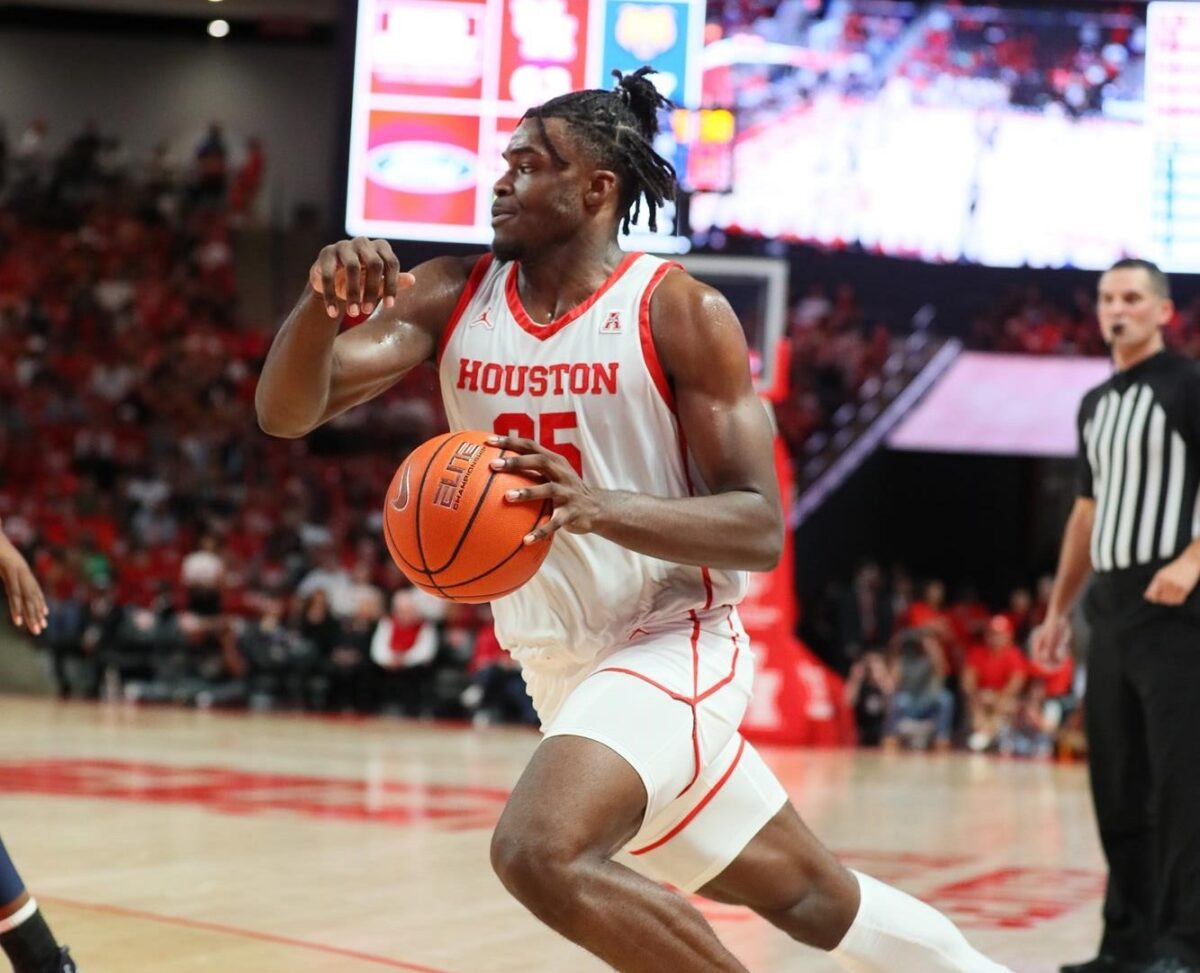 By ROB ROSE Another week filled with upsets shuffled the college basketball rankings, but didn’t adjust the top four teams. Thirteen ranked teams lost games on Saturday and Sunday and the latest AP poll looks a lot different. Houston (17-1) held onto the top spot with a narrow win vs. USF. Kansas stayed at No. 2 after beating Iowa State by two points. Purdue stayed at No. 3 despite a pair of big wins by No. 4 Alabama, over Arkansas and LSU. UCLA moved up to No. 5 after Tennessee slid to No. 9 after losing to Kentucky. Duke dropped out of the top 25 after a loss vs. Clemson. The Blue Devils started ACC play 4-3 after losing to Kansas and Purdue earlier this season. With the win over Duke, No. 19 Clemson claimed a spot in the rankings. The Tigers are undefeated in the ACC at 7-0. The Big 12 teams continued to create chaos for voters last week. No. 7 Texas beat No. 14 TCU, but then TCU beat No. 13 Kansas State. No. 12 Iowa State moved up two spots after a close loss to Kansas and Baylor re-entered the rankings at No. 21. Another pair of losses sent UCONN further down the rankings. The No. 15 Huskies have lost four of their last five games after an undefeated start to the season. No. 8 Xavier climbed up the rankings with a win over Marquette. The Golden Eagles were ranked No. 20 after beating UCONN before the loss to the Musketeers. Arizona slid down to No. 11 after a loss to Oregon. The Wildcats have been beaten by unranked teams in consecutive weeks. Florida Atlantic (16-1) joined the top 25 for the first time in program history. The No. 24 Owls held a 15-game win streak including a win over Florida after losing its second game of the season vs. Ole Miss. Wisconsin fell out of the top 25 after a 3-game losing streak continued last week. Follow Rob on Twitter Follow Adam Zagoria on Twitter Follow ZAGSBLOGHoops on Instagram And Like ZAGS on Facebook