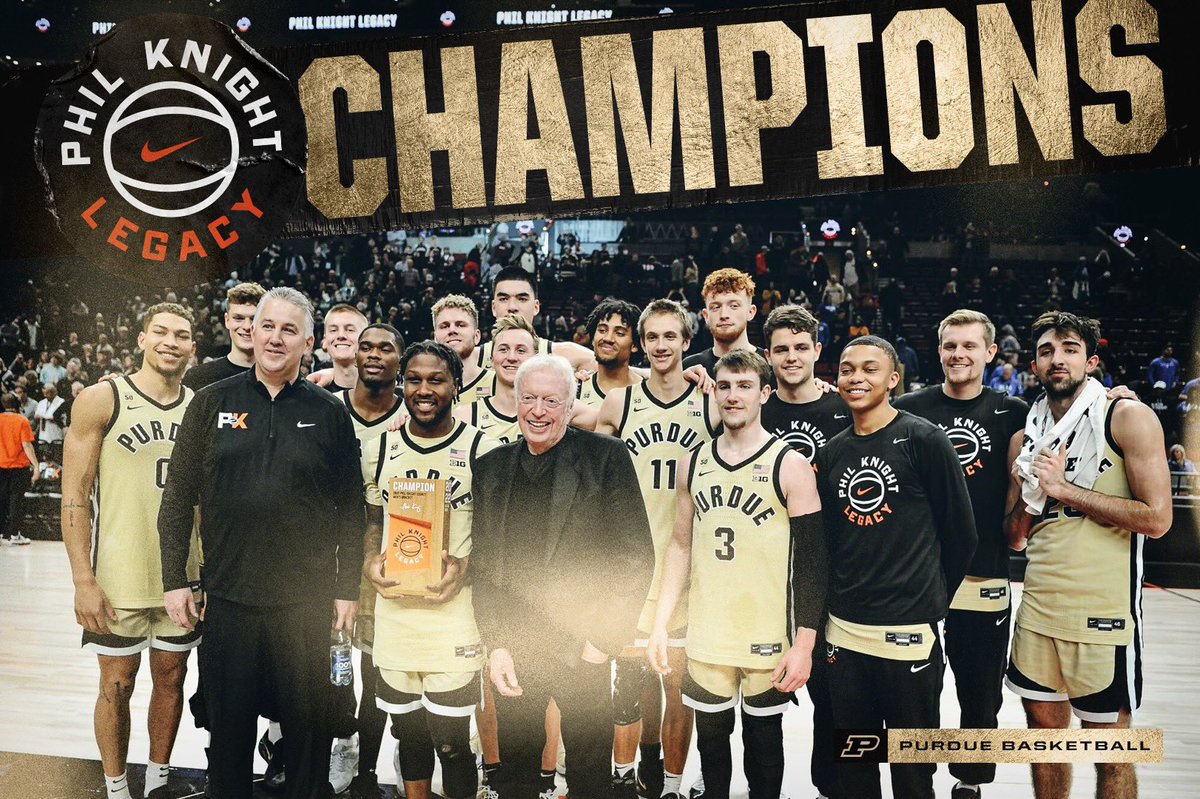 By CHARLIE PARENT & ADAM ZAGORIA Purdue dominated No. 8 Duke Sunday 75-56 to win the PK Legacy Championship behind 21 points and 12 rebounds from 7-foot-4 big-man Zach Edey. Fletcher Loyer added 18 points, Caleb Furst had 11 points and Braden Smith had 4 points and 8 assists. Matt Painter’s group now moves to 6-0 after wins this week over West Virginia, No. 6 Gonzaga, and Duke. The Boilermakers currently rank No. 24 in the AP Poll but will soar after as impressive a weekend as anyone enjoyed nationally. “I feel like this was a really good way for our team to prove ourselves,” Edey said to ESPN. “We’re young, people didn’t expect much of us, I feel like we’re really good. We’re really good, we have a lot of young talent and we’re going to keep rolling through the season.” A big factor in Purdue’s success was Edey fouling out 7-foot-1 Derrick Lively and 7-foot Kyle Filipowski. “That’s my game, I play physical. They want to play physical with me, they don’t really know how to,” he said. “They don’t know how to play physical without fouling. That’s something I had to learn so I don’t expect them to know how to do it. They’re freshmen, they’re going to get better, they’re really talented. But right now I’m just trying to get them in foul trouble as much as possible  to get to their bench.” Purdue will visit Florida State in the ACC/Big Ten Challenge on Wednesday. Follow Charlie on Twitter Follow Adam Zagoria on Twitter Follow ZAGSBLOGHoops on Instagram And Like ZAGS on Facebook