Major shakeup coming in AP Top 25 after No. 1 North Carolina, No. 3 Kansas and No. 6 Gonzaga all fall | Zagsblog
Follow @adamzagoria 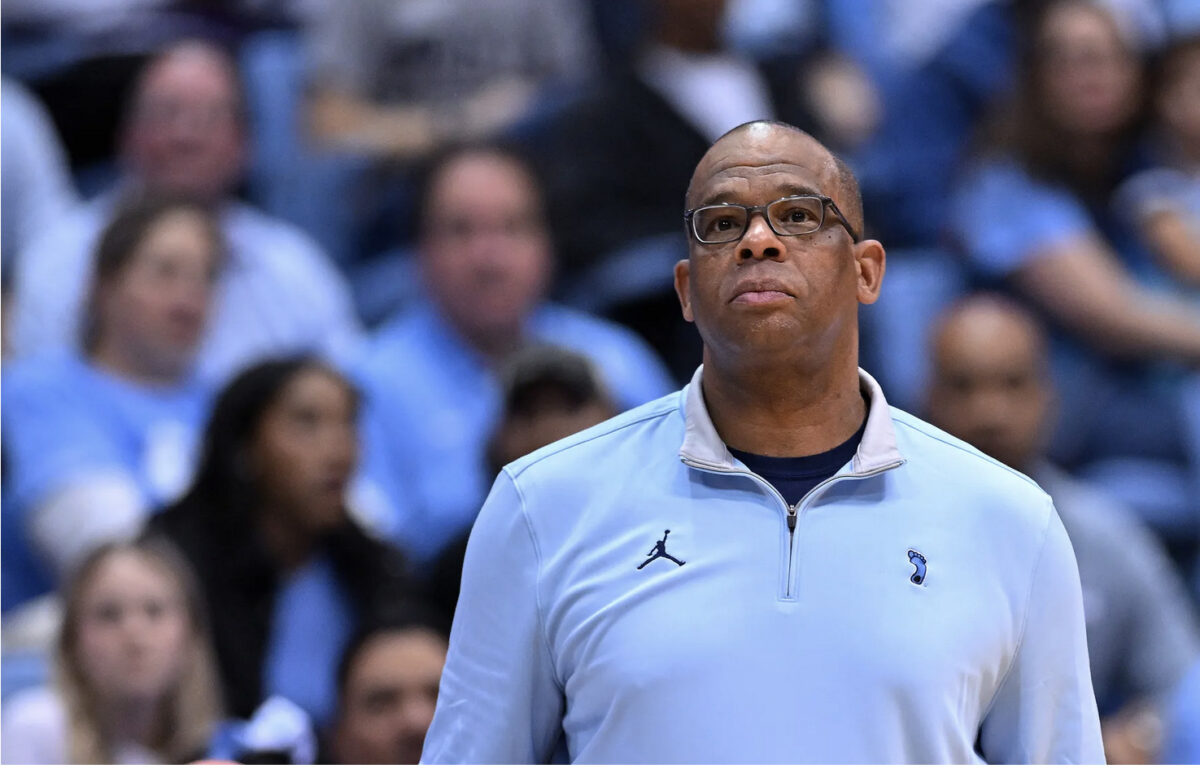 By ADAM ZAGORIA There will be a major shakeup atop the AP Top 25 poll on Monday after No. 1 North Carolina, No. 3 Kansas and No. 6 Gonzaga all fell on Friday night. No. 9 Alabama, No. 10 Creighton and No. 12 Michigan State also lost during Feast Week. If No. 2 Houston (5-0) can take care of Kent State at home on Saturday afternoon, Kelvin Sampson’s group will likely ascend to No. 1 on Monday. Fellow unbeatens No. 4 Texas (4-0) and No. 5 Virginia (5-0) are also likely to move up. Here’s how the top teams went down on Friday: CALEB GRILL POURS IN 31 AS IOWA STATE TAKES DOWN NO. 1 NORTH CAROLINA —No. 1 North Carolina committed 14 turnovers and watched Iowa State’s Caleb Grill pour in a career-high 31 points, including 7-of-11 from deep, en route to a 70-65 loss in the PKI semifinals in Portland, Ore. The Tar Heels loss on the basketball court came 8 minutes after their football team lost to rival N.C. State, 30-27. T.J. Otzelberger’s team will face Dan Hurley and surging No. 20 UConn in the championship game on Sunday night after the Huskies took care of No. 18 Alabama, 82-67, in the second semifinal.

“We just stuck together… I just think it goes back to our coaches and players on the team.”@TheAndyKatz caught up with Caleb Grill after his huge performance to discuss the keys to @CycloneMBB’s upset over No. 1 North Carolina 🔥 pic.twitter.com/XODdYid52j

Dan Hurley has the chance to join his brother Bobby Hurley by winning a November tournament after Arizona State captured the Legends Classic over then-No. 20 Michigan last week in Brooklyn. “We’re used to having success in these MTEs (multi-team events),” Dan Hurley said. “The whole mindset of the program this year is, we’ve been contending the last couple of years, contending in the Big East, contending in tournaments. But we’re trying to go from contenders to champions. Now, we have a chance to do that on Sunday.” No. 22 TENNESSEE BEATS NO. 3 KANSAS TO TAKE BATTLE 4 ATLANTIS TITLE –No. 22 Tennessee led from start to finish and captured the Battle 4 Atlantis title Friday, taking down No. 3 Kansas, 64-50.

The win marked the Vols’ fifth straight win over an AP top-10 team and fourth over a top-five team. It also snapped a 17-game win streak dating to last season for the defending national champion Jayhawks and gave Tennessee its first holiday tournament title since 2010.

Defensively, Tennessee held Kansas’ duo of Jalen Wilson and Gradey Dick, who entered Friday’s game averaging a combined 41.1 points per game—to just 21 points on 5-for-23 (.217) shooting NO. 24 PURDUE BLASTS NO. 6 GONZAGA Purdue improved to 5-0 with an 84-66 win over No. 6 Gonzaga in the semifinals of the Phil Knight Legacy and advanced to Sunday’s championship game against No. 8 Duke at the Moda Center in Portland, Oregon. “I think everyone was really psyched up for this game and that kind of came up that first few minutes with those early game jitters,” said Purdue big man Zach Edey, who scored 15 of his 23 points in the final 15 minutes. “I thought as the game went on we did a really good job of sticking to our scouting report.”

“We have a really high basketball IQ, I feel like. We play with a lot of poise.”@TheAndyKatz spoke to Zach Edey about what has helped @BoilerBall be so successful early on in the season. pic.twitter.com/mboqb6kWYF

Purdue is searching for its second straight regular-season tournament title after winning the Hall of Fame Tipoff Classic last November (over North Carolina and Villanova). Purdue is now 3-0 all-time against Gonzaga. This was the first meeting since the 2000 Sweet 16, Mark Few’s first season at Gonzaga. Follow Adam Zagoria on Twitter Follow ZAGSBLOGHoops on Instagram And Like ZAGS on Facebook