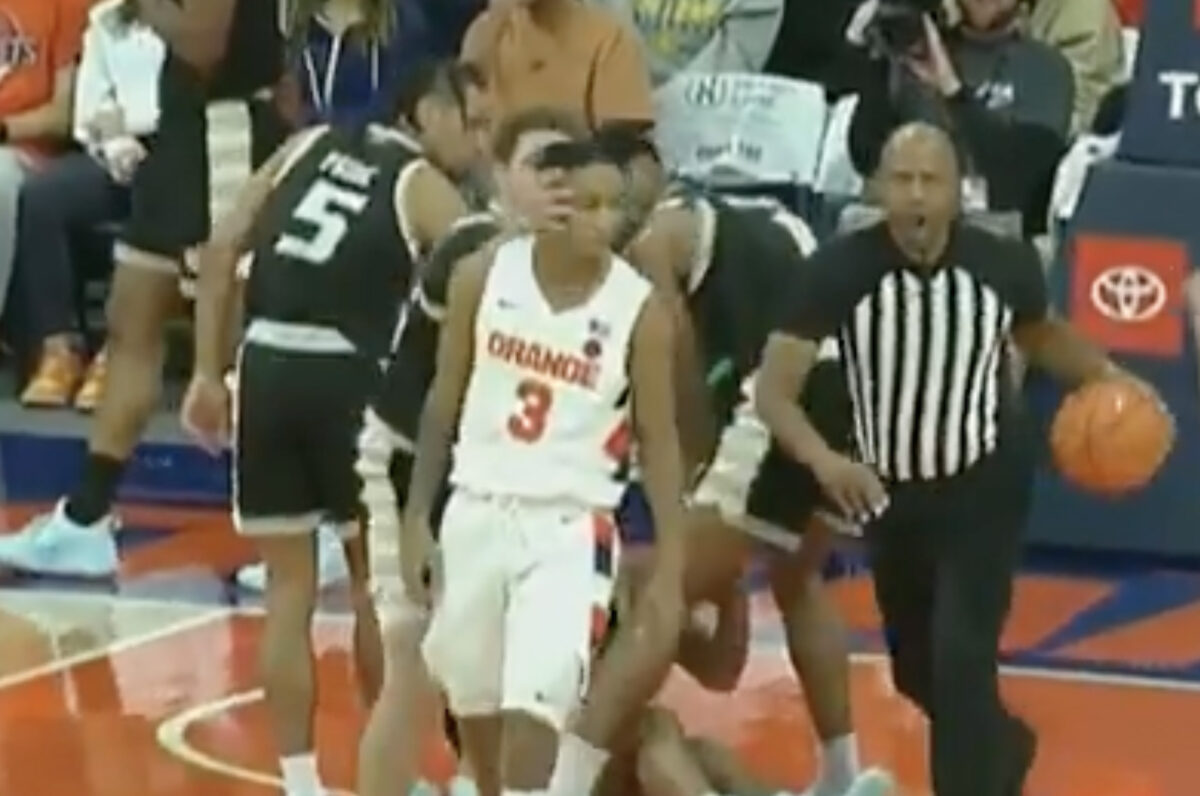 By CHARLIE PARENT & ADAM ZAGORIA Former Saint Peter’s March Madness star and current Bryant guard Doug Edert was ejected Saturday, along with Syracuse freshman guard Judah Mintz, for a slapping match between the two in the middle of the first half of the Bryant-Syracuse showdown. Mintz and three Bryant players — Edert, Kvonn Cramer and Tyler Brelsford – — were ejected after the incident which led to a bench-clearing brawl. Syracuse assistants Adrian Autry, Allen Griffin, and DOBO Pete Corasaniti were also ejected for leaving the bench, as was Bryant assistant Phil Martelli Jr., per Jon Rothstein. Bryant led by eight at the time of the scuffle and went on to win 73-72 on a game-winning runner by Sherif Gross-Bullock (15 points) in the final second.

SHERIF GROSS-BULLOCK!@BryantHoops takes home the 73-72 win over Syracuse at the Dome behind this game-winner! pic.twitter.com/W4OTTfKN5D

After the game, Bryant coach Jared Grasso and Syracuse’s Jim Boeheim had some words, with Boeheim telling reporters Grasso gave him a sarcastic apology “which fits him.” “His players didn’t come shake hands, two or three of them. I don’t know why they’d do that,” Boeheim told reporters. It appears Grasso wasn’t buying what Boeheim was selling.