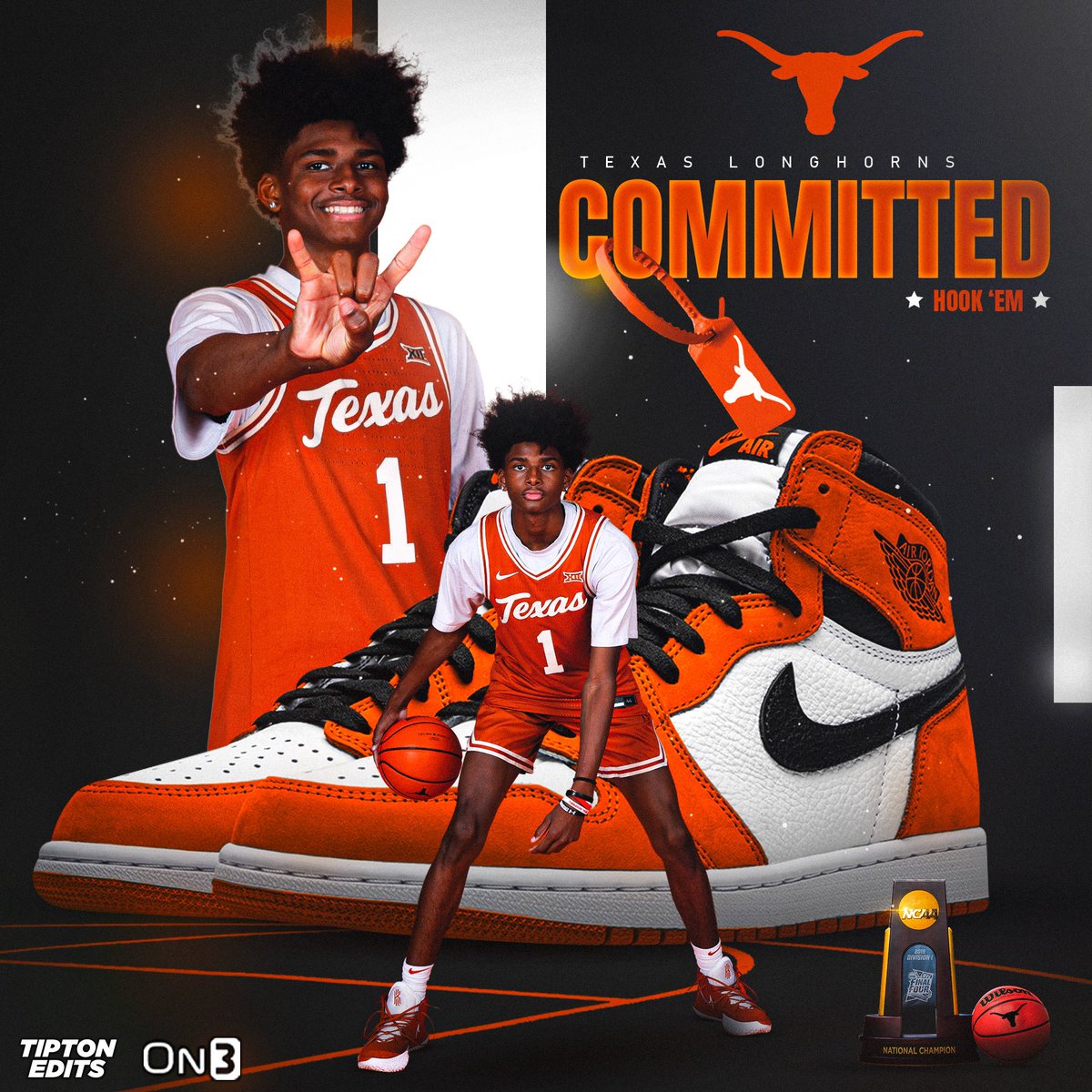 By ADAM ZAGORIA A.J. Johnson, the 6-foot-5, 170-pound point guard from Southern California Academy who was the last remaining uncommitted five-star prospect in the Class of 2023, committed to Texas on Monday after secretly signing last week. Ranked the No. 2 combo guard in 2023, he also considered LSU. He visited Texas the weekend of Sept. 10 and LSU Sept. 17. “I just felt like it was a lot of stuff having to do with off the court,” he said by phone. “Like on my visit I just saw how they lived day-to-day with their schedule, like where they lived at and their practices and their workouts and the people that they were around. I felt like I could be around those same people and that daily stuff being comfortable around those people and be my best self.

All baskets that translate to next level. No bully ball nasty hoop. Straight ball skills & feel. AJ Johnson has NBA measurements & athleticism. Scary part of it is he’s only going to keep getting bigger & stronger. The 5 Star will announce his commitment tomorrow. @aj_johnson04 pic.twitter.com/hpIYNIs3wj

“On the basketball side, coach [Chris] Beard is a great coach and I have a really good relationship with him and the staff and I’ve been watching a lot of film on how they play their guards, especially how they’ve been playing this season with their guards.” He added: “They’re losing almost their whole team, like six or seven players. Most of them are seniors. I think [freshman forward] Dillon [Mitchell] and one other player are going to most likely enter the draft.”

Johnson played his junior season in 2021-22 at Taft High School (Woodland Hills, Calif.). He averaged 16.7 points, 4.7 assists, 2.6 rebounds and 2.5 steals per contest as a junior while leading Taft to a 17-7 record. “A.J. Johnson has one of the highest upsides in the class,” said Adam Finkelstein, Director of Scouting for 247 Sports. “He’s a late bloomer who has not only continued to physically grow throughout his high school years but simultaneously keeps improving as a player. While we’ve seen him improve rapidly in recent months and years, I really think he’s just scratching the surface of what he could ultimately become.” Johnson joins five-star forward Ron Holland in Texas’ class. Follow Adam Zagoria on Twitter Follow ZAGSBLOGHoops on Instagram And Like ZAGS on Facebook