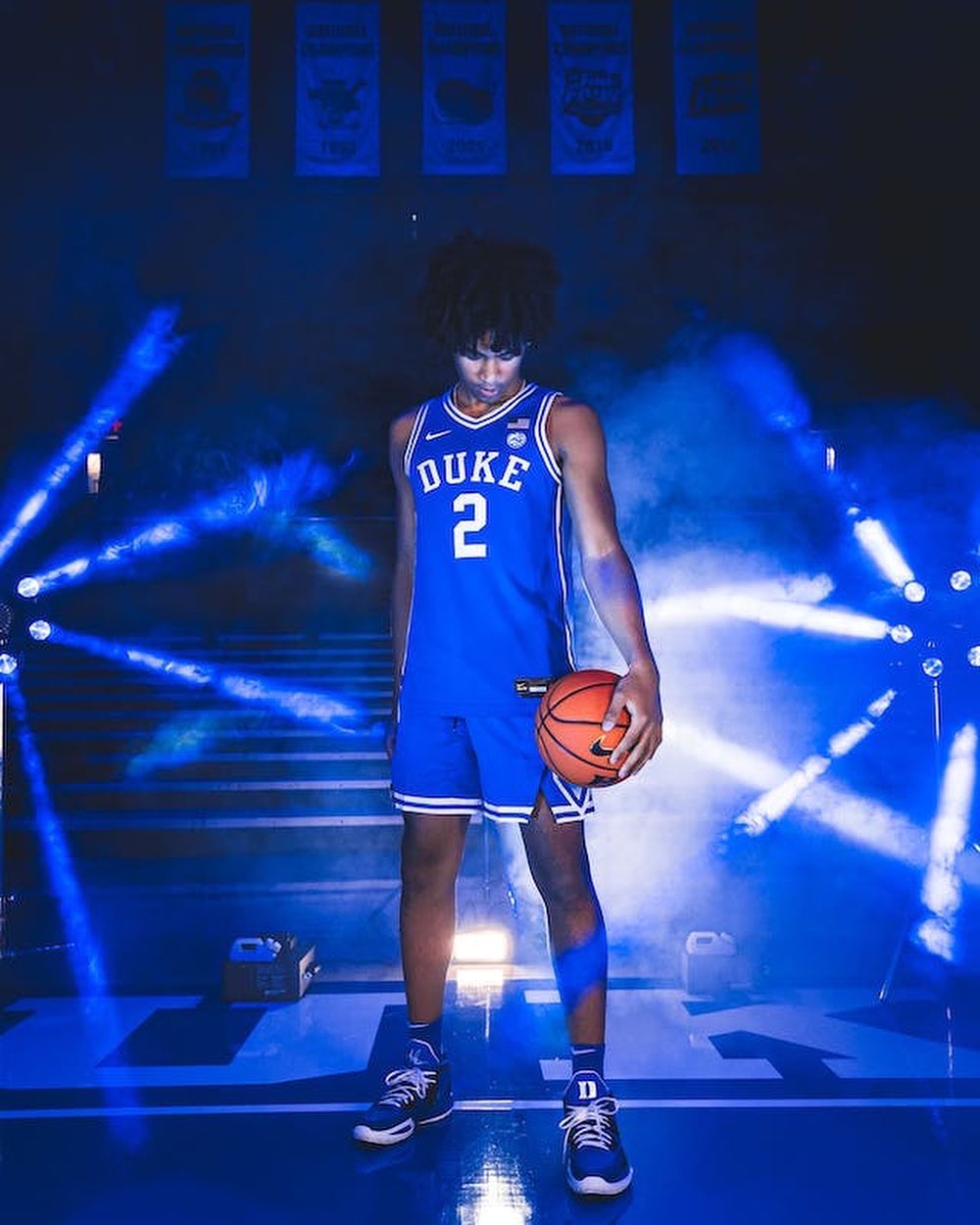 By ADAM ZAGORIA Dylan Harper, the 6-foot-5, 180-pound guard from Don Bosco Prep (NJ) and the New York Rens AAU program, visited Duke for its Countdown to Craziness this weekend. Harper, ranked the No. 1 combo guard in the Class of 2024 by 247Sports.com, was joined by Class of 2023 commits Mackenzie Mgbako of Roselle Catholic (N.J.), Caleb Foster of Oak Hill (VA) and Sean Stewart of Montverde (FL), members of Duke’s No.-1 ranked class. Duke this weekend also landed a pledge from Class of 2024 shooting guard Darren Harris of Paul VI Catholic (VA), who follows former Paul VI stars Trevor Keels and Jeremy Roach into The Brotherhood.

Harper is the younger son of former NBA guard Ron Harper Sr., whose NBA career lasted 16 seasons, including three championships with Michael Jordan and the Chicago Bulls. Harper is also the younger brother of Ron Harper Jr., who played four seasons at Rutgers and signed a Two-Way Contract with the Toronto Raptors. Duke coach Jon Scheyer and his staff watched Dylan Harper at Peach Jam in July, where he led the Rens to the U16 semifinals. “They always check up on me, they call me and see how I’m doing and see how everything is,” he said of Duke at Peach Jam. “It’s a great coaching staff.” Harper currently holds offers from the likes of Rutgers, Duke, Kansas, Michigan, Texas Tech, Indiana, Auburn, Georgetown, Missouri and UCLA. A key factor in Harper’s final college decision will be finding a place that puts the ball in his hands. “When I get to college, I don’t want to be a third or fourth option,” Harper said. “I want to be the main guy. So I think that’s what’s really going to make the difference.” As far as Harper’s family ties, he said he’s received tons of advice about the recruitment process from his brother. The main message? To stay humble. “He’s just told me to always be hungry,” Harper said. “Whatever schools come, be thankful, be blessed and be happy. But at the end of the day you still have a long road to go.” Ron Harper Sr. has had a slightly different advice-giving role, mainly providing his son with basketball tips and tricks. Harper said overall his father is a great mentor to have. Harper describes himself as a player who makes others better and said while some people see him as a scorer, he sees himself as a playmaker. He added his IQ and touch are what makes him special. “I get people open, hit people in their spots,” Harper said. “I’m just all around a great teammate and like to get others going.” Follow Sam Lance on Twitter Follow Adam Zagoria on Twitter Follow ZAGSBLOGHoops on Instagram And Like ZAGS on Facebook

Four-star point guard Ty-Laur Johnson visits Memphis: 'They love him and they want him to come'