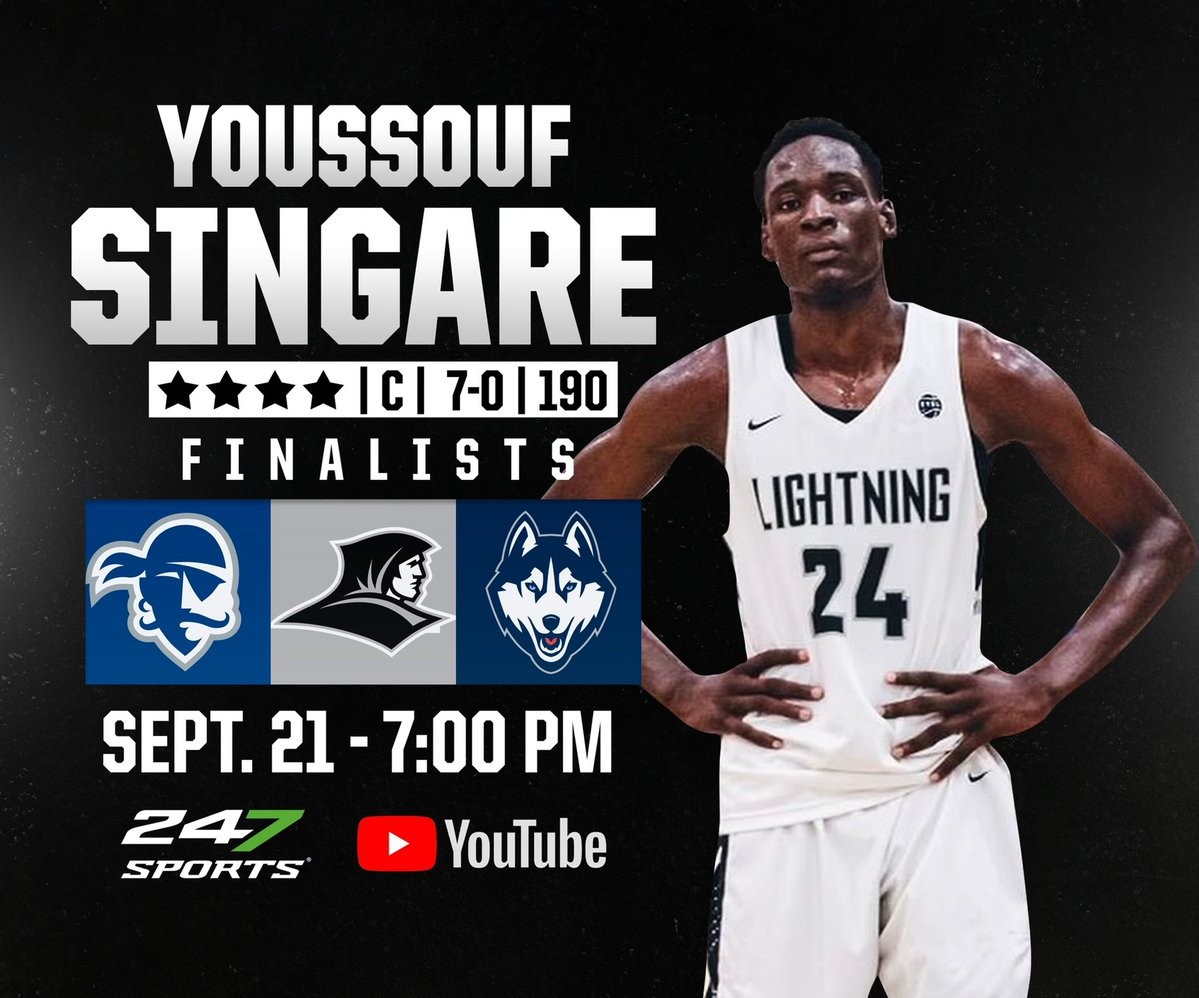 By ADAM ZAGORIA Athletic 7-footer Youssouf Singare from Our Saviour Lutheran (N.Y.) and New Heights Lightning will announce his college choice on Wednesday at 7 p.m., his head coach said. Singare, a native of Mali, is down to UConn, Seton Hall and Providence. The 4-star center is ranked the No. 18 big man in the Class of 2023 by 247Sports.com, which has no Crystal Ball predictions for him. Singare visited UConn last weekend along with Class of 2023 commits Solo Ball, Jayden Ross and Stephon Castle, and small forward Jaylin Stewart, who announced his commitment to UConn on Thursday. He visited Seton Hall and Providence over the summer.

“Youssouf Singare is very unique as he can run the floor like a guard, dribble enough to get what he needs done on the offensive end and protect the rim at a high level which he has shown every time he steps on the court,” said Lightning coach Andre Harrington. “He’s also an incredible leader.” Follow Adam Zagoria on Twitter Follow ZAGSBLOGHoops on Instagram And Like ZAGS on Facebook