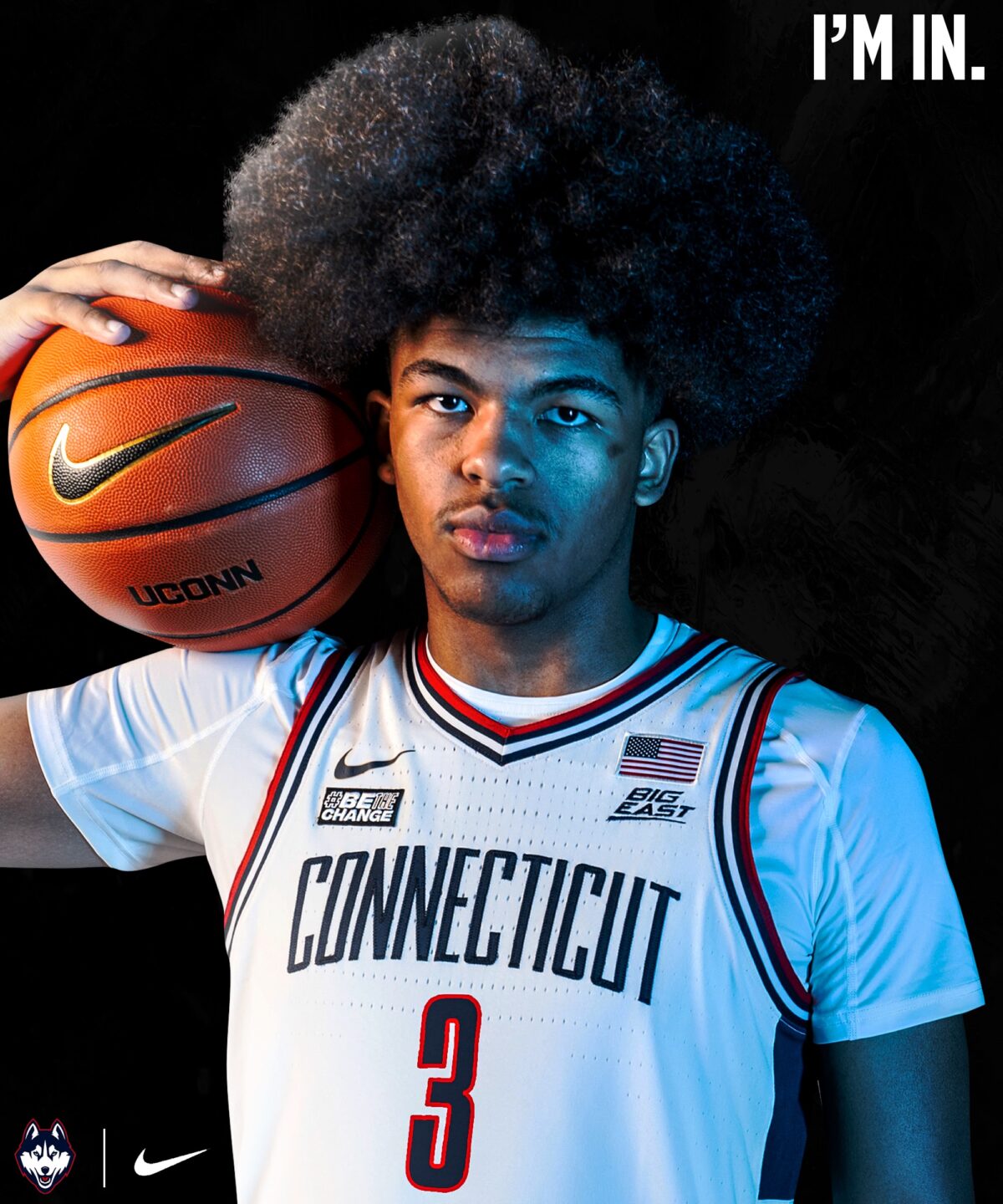 By CHARLIE PARENT Jaylin Stewart, a four-star in the class of 2023 who plays for Garfield High School (WA.), has committed to UConn. The 6-foot-6 wing chose the Huskies over Alabama, USC, and Washington, among others. His commitment follows a visit this past weekend. Stewart becomes the fourth commit in Dan Hurley’s class of 2023, joining four-star guards Solomon Ball, Jayden Ross, and Stephon Castle. “I chose UConn because I feel like they made an extra effort to show that I was going to be a key piece in what they got going on,” Stewart told On3 Sports. “When I was on the visit I clicked with all the players and the coaching staff are already close to my family so it was the perfect fit for me.” Follow Adam Zagoria on Twitter Follow Charlie on Twitter Follow ZAGSBLOGHoops on Instagram And Like ZAGS on Facebook