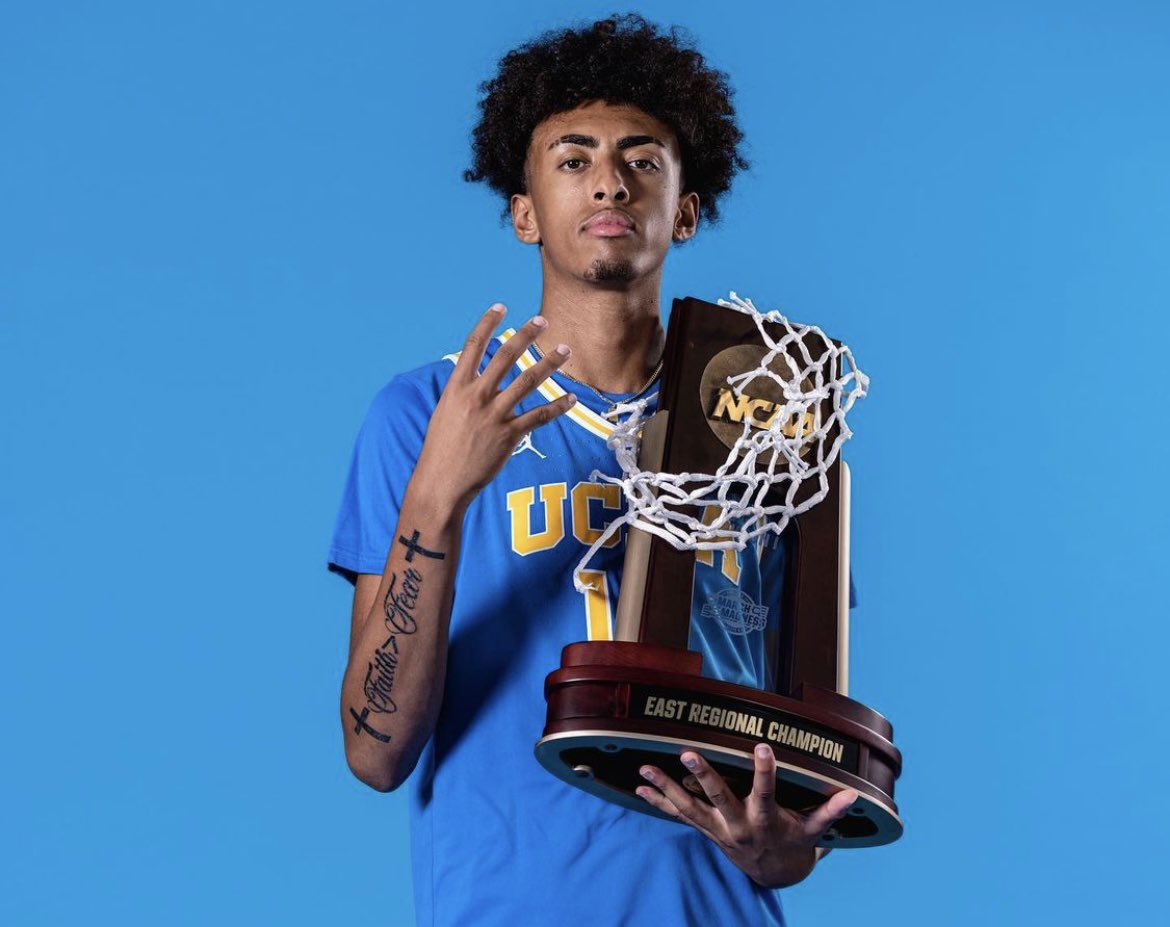 By JACOB POLACHECK Class of 2023 four-star forward Devin Williams has committed to UCLA, he announced Sunday in an interview with ESPN’s Paul Biancardi. The 6-foot-10, 205-pound power forward from Centennial (CA) High School, chose the Bruins over in-state rival USC after taking an official visit to UCLA on Aug. 16. “Devin is an extremely versatile big,” Centennial head coach Josh Giles told ZAGSBLOG by text. “He can run the floor, finish on the break and knock down threes. He’s really improved his ability to catch and finish around the rim. He’s still growing and has a ton of potential.” Ranked by 247Sports Composite as the No. 14 power forward and No. 68 overall prospect in 2023, Williams becomes the first commit in UCLA’s 2023 recruiting class. Follow Jacob Polacheck on TwitterFollow Adam Zagoria on TwitterFollow ZAGSBLOGHoops on InstagramAnd Like ZAGS on Facebook