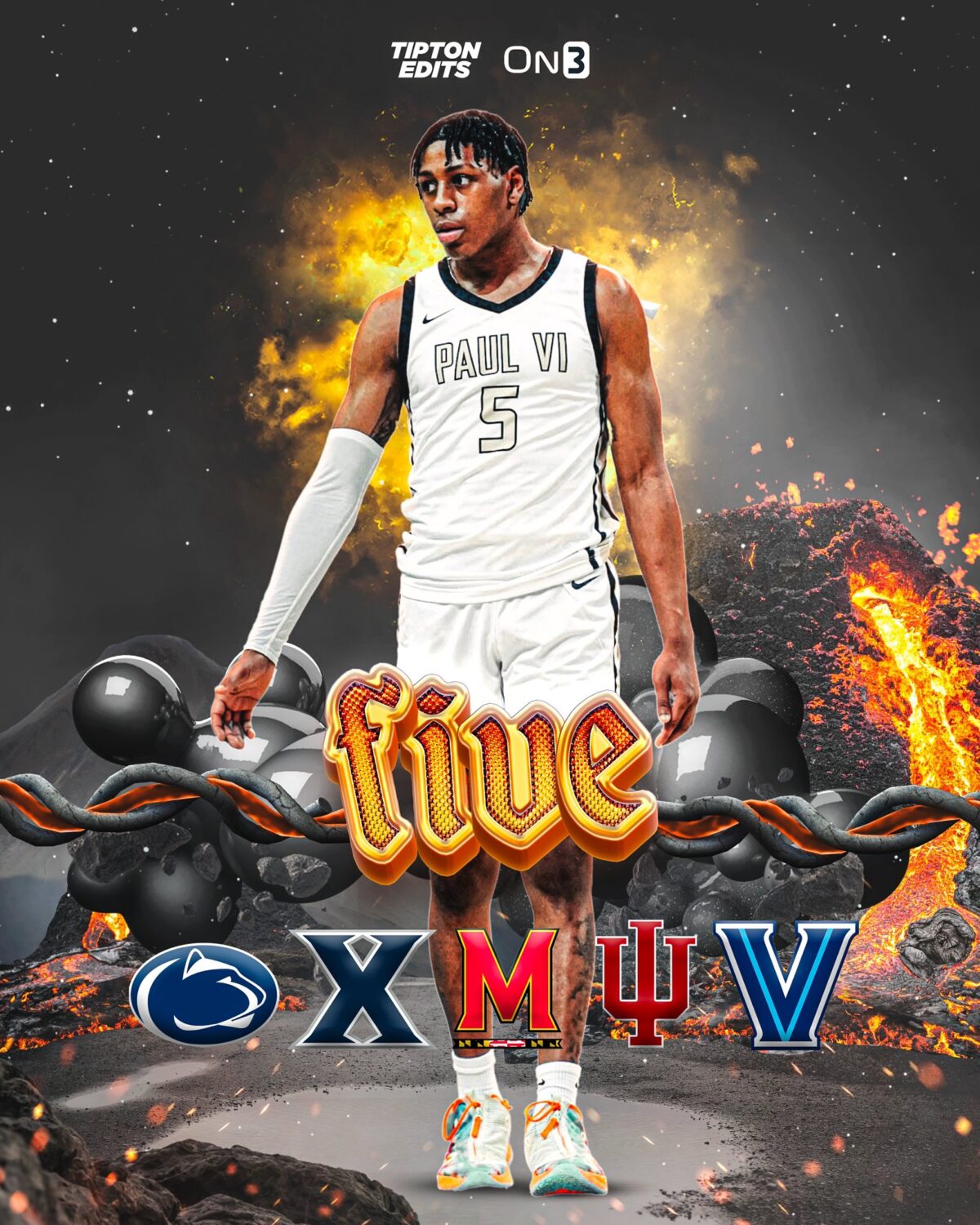 By ADAM ZAGORIA DeShawn Harris-Smith, the 6-foot-4 small forward from Paul VI Catholic (VA) and Team Takeover, will announce his college choice Wednesday at 6 p.m. Ranked the No. 6 small forward in the Class of 2023 per 247Sports.com, he is down to Maryland, Villanova, Xavier, Penn State, and Indiana, with Maryland the favorite per sources.

Harris-Smith visited Maryland earlier this month and visited Penn State in June. “DeShawn can guard multiple positions and excels at getting downhill and attacking the rim,” Paul VI coach Glenn Farello said. “He’s a playmaker on both ends of the floor and has a mentality of doing whatever it takes to help his team win. He’s one of the best do ever play at PVI.”

If I need to win a game today, there may not be another wing in the EYBL I would take before Deshawn Harris-Smith.

Paul VI last season had four players on teams in the Final Four in Brandon Slater (Villanova), Anthony Harris (UNC) and Jeremy Roach and Trevor Keels (Duke).  For more, read my feature in The New York Times. Follow Adam Zagoria on Twitter Follow ZAGSBLOGHoops on Instagram And Like ZAGS on Facebook