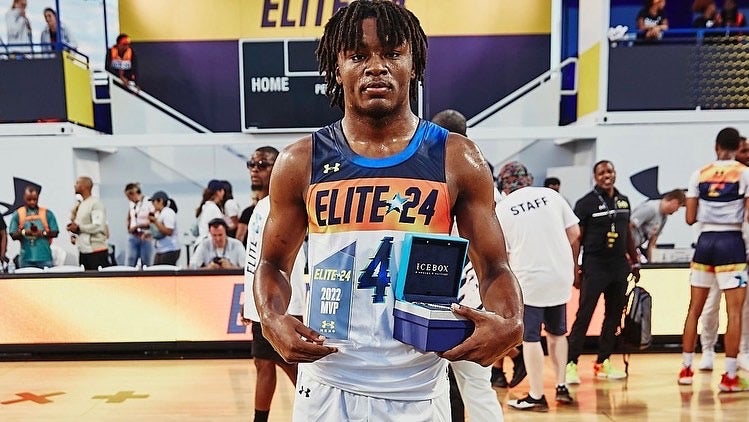 By CHARLIE PARENT After a huge summer from 6-foot-3 point guard Isaiah Collier, the Georgia native has become the No.1 overall player in the class of 2023, according to 247Sports. Collier takes this spot from longtime No.1 D.J. Wagner, who ultimately falls to No.2 in 247’s rankings. Collier’s most recent showing came at the UA Next Elite 24, where the playmaking guard hit the game winner and took home MVP honors. He was also named MVP of Curry Camp earlier this summer and was looking set to dominate Peach Jam before a knee injury held him out. Collier currently holds 19 offers and has visited Michigan, UCLA, Cincinatti, USC, and Alabama. There is no consensus favorite in his recruitment right now, although Auburn also appears to be in the mix despite Collier not visiting. Collier hasn’t set an official timeline for a decision, but told 247 Sports that it could come “sooner rather than later.” “I think my decision will come sooner than later,” he said. “I am looking at the play style and level of player development to find the best place where I can play my type of game.” Follow Charlie on Twitter Follow Adam Zagoria on Twitter Follow ZAGSBLOGHoops on Instagram And Like ZAGS on Facebook