Class of 2024 five-star forward Ryan Jones Jr. is hearing most from three schools as he nears return from injury | Zagsblog
Follow @adamzagoria 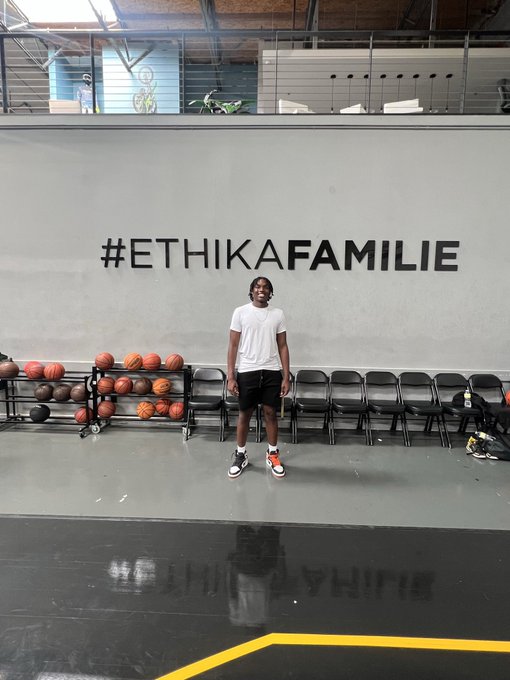 By JACOB POLACHECK After tearing his meniscus in December, class of 2024 five-star forward Ryan Jones Jr. is planning to return later this month. The 6-foot-8, 200-pound power forward from The Rock School (FL), said he’s gotten “stronger every day” and will be back for his team’s first practice on August 22. “Physical training has been great,” Jones said. “Every time I went to PT, I made personal records.” With his return coming soon, Jones said he’s now hearing from three main schools in his recruitment – Missouri, Georgia Tech and LSU. He broke down each program: Missouri: “Coach (Dennis) Gates was at Florida State when I went on an unofficial visit and we built a relationship there. When he went to Missouri, he already knew what I was good at, so he offered me. In the future, we may be taking an official there soon. He also had Coach C.Y. (Young) come over. I love their relationship and the relationships with coaches and players there are as good as it was at FSU. That’s what I really like about the staff.” Georgia Tech: “I went on an unofficial visit and that was great. I love the basketball part, but I also like the academic part about it. (Josh) Pastner was talking about how they could use me and how they have used recent players that were like me and how I play. He was really real with me as well. He didn’t sweet talk me or anything. He was just being real with me and I liked that about him.” LSU: “We’ve been in contact since June 15 and they really like me. That’s pretty much it right now. They’ve just been in contact a lot.” Jones also said he’s working on planning a visit to Illinois. “They offered me in 2021,” Jones said of the Illini. “We’ve been somewhat in contact, but not really a lot. That’s pretty much it.” As far as a decision, Jones said it’s “still in the air”, but is aiming for a commitment either at the end of his junior year or the beginning of his senior year. Ranked by 247Sports Composite as the No. 3 power forward and No. 23 overall prospect in the class of 2024, Jones said he’s taking three factors into consideration throughout the recruiting process. “One is the relationship between the players and the coaches and if they connect really well,” Jones said. “If the coaching staff is god-fearing, that’s the second one. Travel wise, I really don’t care where, but plane wise, do I need to connect flights, so I can get to my family and fly home?” Follow Jacob Polacheck on Twitter Follow Adam Zagoria on Twitter Follow ZAGSBLOGHoops on Instagram And Like ZAGS on Facebook