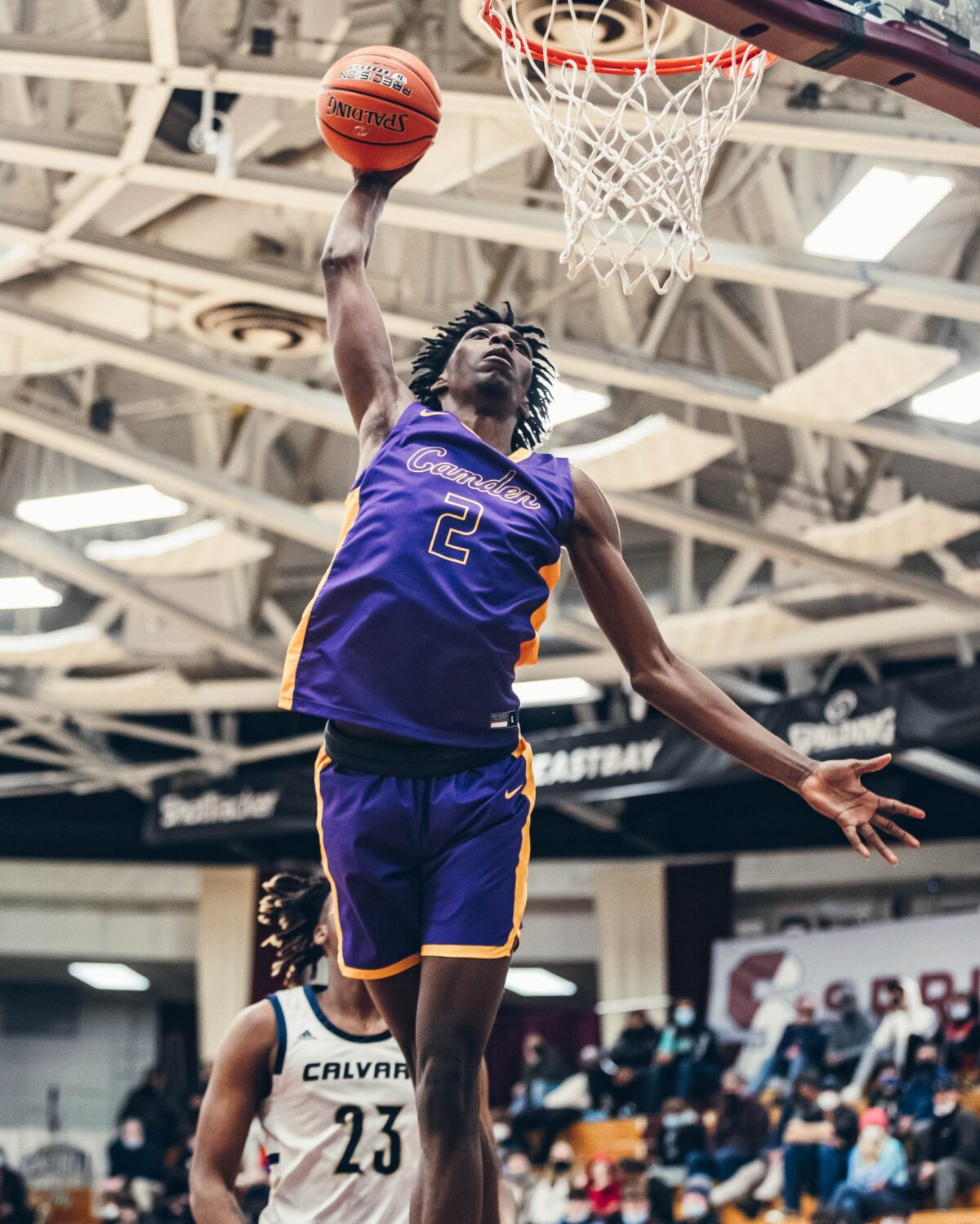 By SAM LANCE KANSAS CITY — Class of 2023 five-star center Aaron Bradshaw is delaying his college decision, he tells ZAGSBLOG.com. Bradshaw – the 7-foot, 210-pound center from Camden (NJ) and the New Jersey Scholars AAU program – had originally planned on committing before Peach Jam begins July 18, per Jack Pilgrim.  “Me and my mom talked it over and just thought I can’t be rushing into things,” Bradshaw said this past weekend at the Nike EYBL stop here. “I just have to take my time. I pushed it back a little bit. Not too far, but I pushed it back.”  Bradshaw released a top seven options list of Kentucky, Louisville, Maryland, Michigan, Oklahoma State, UCLA and the NBA G League in mid-May. Bradshaw said those are all still schools he really likes because of their winning history.  Bradshaw has visited Memphis, as well as Kentucky and Louisville.  “Those are my places right there,” Bradshaw said of the Kentucky schools. “Those are my guys. I know a lot of people there. I know a lot of people that went there. And I just know a lot about the schools. It’s not just those two, there’s other schools I really like too.” Bradshaw’s high school and NJ Scholars teammate D.J. Wagner is strongly considering Kentucky and Louisville as well. Wagner is the No. 1 overall player in the class of 2023, per 247Sports. Bradshaw said that while the two are close, where Wagner chooses to go to school will not affect his decision. “We’re both men,” Bradshaw said. “We both have decisions we’re going to make. We may be together, we may not. So that’s his decision and that’s my decision.”  Bradshaw also weighed in on the G-League Ignite option and assistant coach Rod Baker.  “He’s just a good guy,” Bradshaw said. “He’s made me feel like we can talk about anything. He’s just cool and he spoke basketball into my life. He told me what I could do with my future. So I’m just really comfortable with that guy.” Over six games in the Nike EYBL Kansas City session this past week, Bradshaw put up 13.2 points and 7.8 rebounds per game. He also blocked four shots and finished with two double-double performances. The Roselle, N.J. native describes himself as a tenacious center.  “I bring a lot of energy and enthusiasm,” Bradshaw said. “I make a lot of jokes, I’m funny and I just have a lot of energy.”  Follow Sam Lance on Twitter Follow Adam Zagoria on Twitter Follow ZAGSBLOGHoops on Instagram And Like ZAGS on Facebook