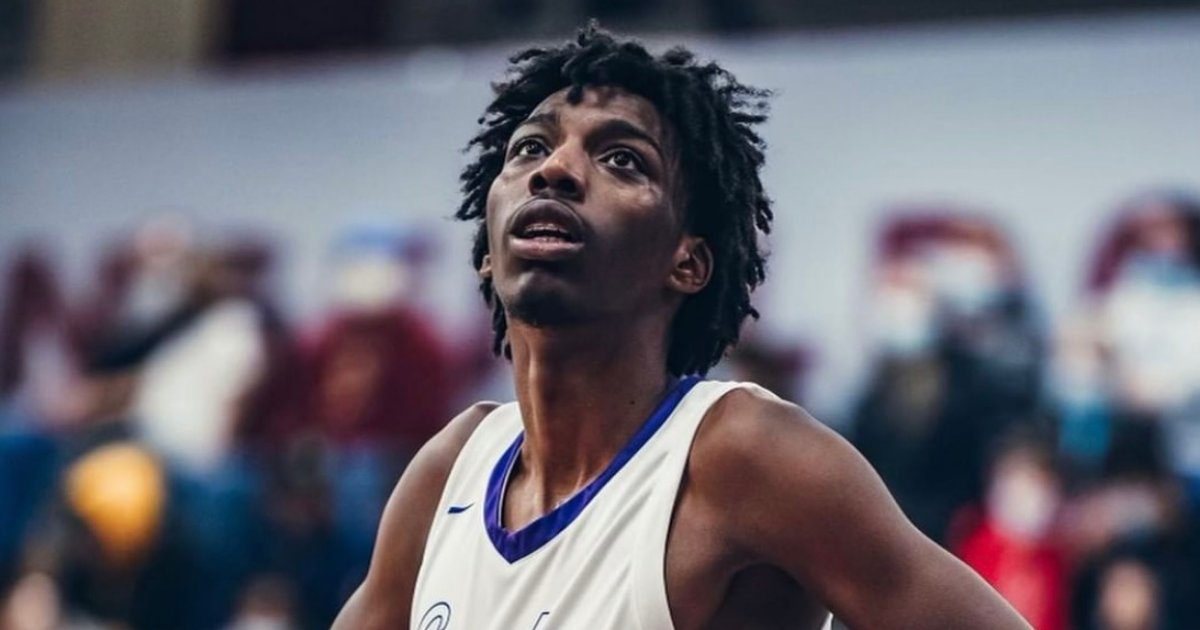 By ADAM ZAGORIA Aaron Bradshaw, the 7-foot-2 big man from Camden (NJ) High School and the NJ Scholars Nike EYBL team, has reportedly made up his mind and is expected to announce his college decision in the coming days. “I made my decision a minute ago,” he told reporters at the NBA Top 100 Camp this past week, adding a decision will be coming “really, really soon. Like before Peach Jam.” Peach Jam runs July 17-24 in North Augusta, S.C. Bradshaw visited Kentucky and Louisville last month, and his Crystal Ball on 247Sports.com is currently 100% in favor of the Wildcats. Bradshaw picked up an offer from Kentucky in April. Kentucky currently has two players from Camden High on its roster in Lance Ware and Kareem Watkins, the brother of D.J. Wagner, the No. 1 prospect in the Class of 2023. Kentucky coach John Calipari, of course, also coached Dajuan Wagner, D.J.’s father and the all-time leading scorer in New Jersey prep history, at Memphis. Bradshaw averaged 8.9 points and 7.4 rebounds this past season for a Camden team that won the New Jersey Group 2 state title and reached the title game of the final Tournament of Champions in New Jersey history, where they lost to Roselle Catholic. 61-58, on March 20. Calipari, meantime, is currently in Spain watching Wagner and other prospects with the USA U17 National Team in the World Cup. So is Louisville assistant Nolan Smith, as we first reported over on NJ.com. Louisville hired Milt Wagner, D.J.’s grandfather, as Director of Recruiting and Alumni Relations, but D.J. recently told Sports Illustrated he’s “open to all schools at this point” and remains in constant contact with Louisville, Kentucky, Auburn, Arkansas and others. Follow Adam Zagoria on Twitter Follow ZAGSBLOGHoops on Instagram And Like ZAGS on Facebook

Class of '24 Ian Jackson is the leading scorer for USA U17s as Kentucky, UConn look on