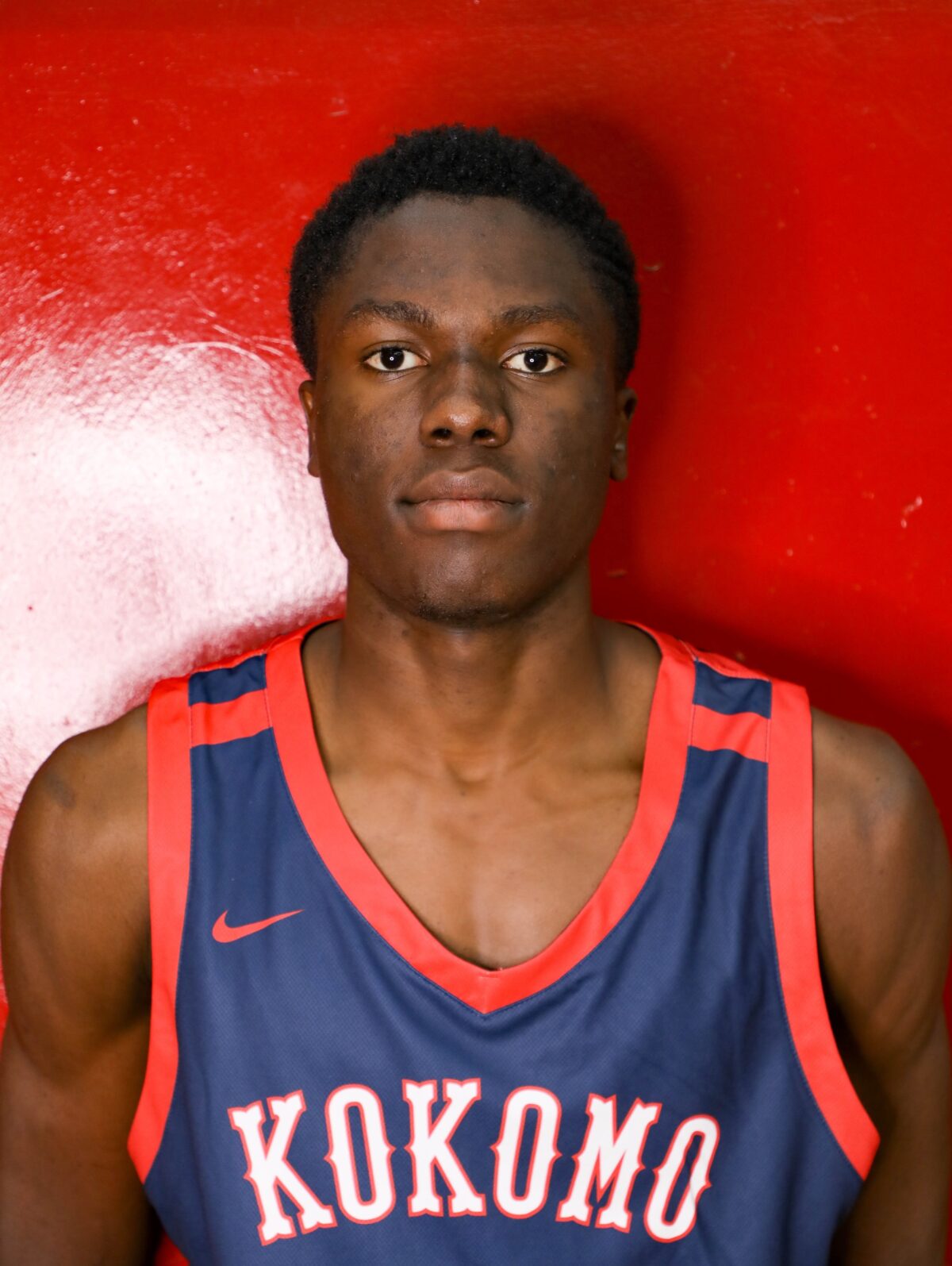 By ADAM ZAGORIA After the first day of NBA Top 100 Camp this week, one high-major Division 1 coach in attendance couldn’t stop raving about a new player he had never heard of or seen before. He didn’t even quite know how to pronounce his name. “I don’t know who’s better than him in ’24, but he was dominant today,” the coach said. Turns out the player is Flory Bidunga, a 6-foot-10, 225-pound Class of 2024 forward originally from the Democratic Republic of Congo who now attends Kokomo (IN) High School and runs with Indiana Elite on the Adidas circuit. “He’s been here for 10 months now,” Kokomo coach John Peckinpaugh said Friday by phone. “At Kokomo High School, we have a rather large international program. We have dorms where our international kids stay, so he’s going through our International Baccalaureate program.”

He added: “He’s come a long way in 10 months. He came over here with some talent and a good base, but he just continues to get better and better. And on top of that he’s a great kid.” As for his skillset, Peckinpaugh said, “He’s really good with his back to the basket in the post. The thing that sets him apart is his motor is unbelievable and he’s a phenomenal athlete. He’s got a good right-handed and left-handed hook and really, really good footwork for someone as new to the game as he is. “If he can continue to develop a face-up game and fine-tune his passing game out of the post, he’s got a chance to be really, really special.” Bidunga holds offers from Bradley, Wake Forest, Creighton and Purdue-Fort Wayne so far, but that list is going to expand. “I’m sure he’ll pick up a handful more,” Peckinpaugh said. “I didn’t expect this,” Bidunga told KSR this week at the NBPA Top 100 Camp. “I just came to the United States 10 months ago and started playing basketball. All of this is new for me. I just play ball.” Kentucky assistant Orlando Antigua has reached out and “wants to keep following him.” “He’s just so new to this whole process,” his coach said. “His goal is to be like (fellow Congo native) Jonathan Kuminga and play in the NBA, but he’s just so new to this whole process so he’s trying to take this slow and see what college basketball in the United States is like, kind of what conference, program, coaching staff is going to help him get to that next level. “He’s not all over social media himself, he just wants to get into the gym and work out, continue to get better and try to enjoy the process instead of letting it become something that would overwhelm him.” Follow Adam Zagoria on Twitter Follow ZAGSBLOGHoops on Instagram And Like ZAGS on Facebook