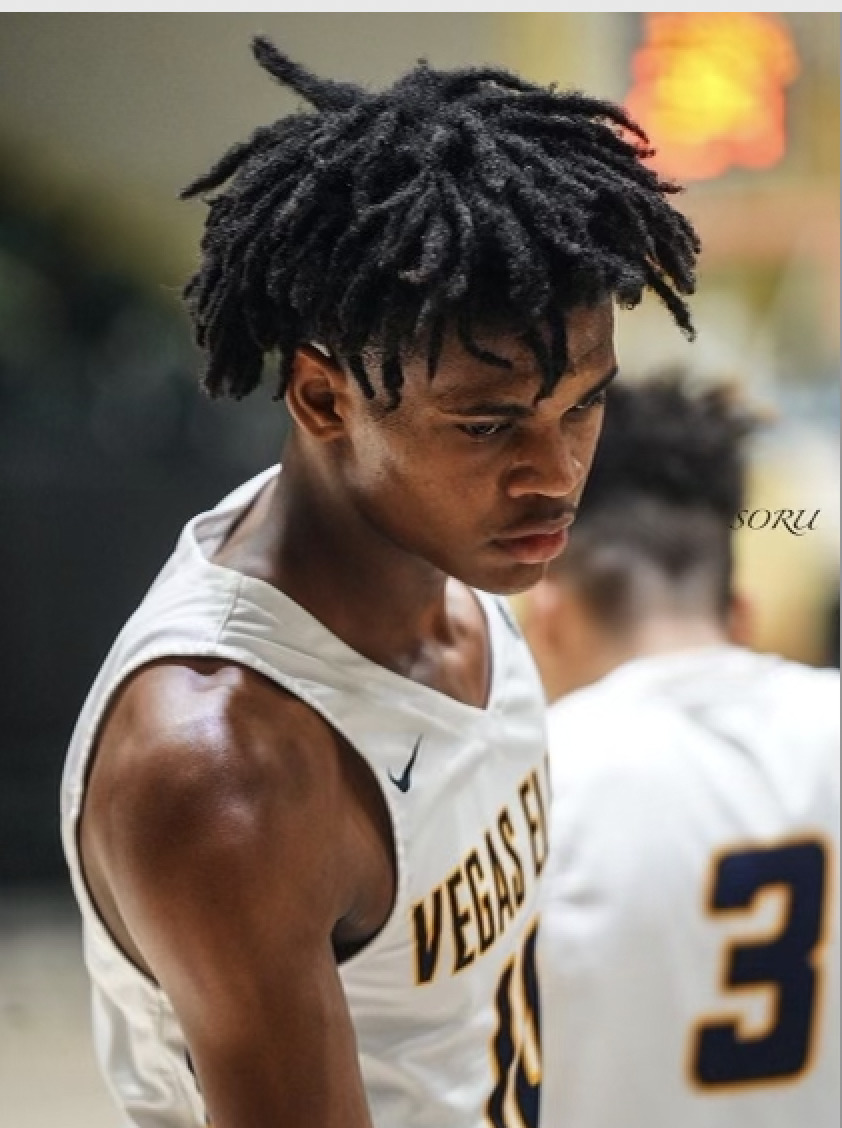 By JACOB POLACHECK Class of 2024 four-star prospect Anthony Gilkes is in for a busy summer with a high school transfer and a position change. The 6-foot-6, 180-pound guard with the Vegas Elite AAU Program, is transferring after spending his sophomore season at Southern California (CA) Academy and will be moving to the point guard position. “Anthony has the tools to become a very good point guard in todays position-less game,” Gilkes’ trainer Secrett Stubblefield said. “At 6-foot-6 with a 6-foot-10 wing span, his ability to score at three levels has become more of standard, not a luxury. “He’s able to get to spots and not only make the right play, but also create the right play for his teammates. With that said, he has to really develop in the role in order to be successful in it. And in order to develop in the role, he must actually be in the role. His next high school destination will allow for that process.” Gilkes originally made the move from IMG Academy (FL) to Southern California Academy and is on the move once again. “Going there was just a short-term goal. It wasn’t really a long-term goal. I just saw myself there for the rest of my high school season, just that sophomore year,” Gilkes said. Gilkes is aiming to decide on a high school destination by the end of the summer. “I’m a person that can get to my spots,” he said. “I’m very athletic, strong and a great finisher around the basket. I can stretch the floor, shoot the ball and I feel like the most underrated part of my game is getting my teammates involved.” This summer, Gilkes is focused on becoming a more consistent shooter and improving is ball handling. “I feel like I’m a good ball handler, but everybody has room for improvement,” he said. “I feel like I could be better at that. Just taking care of the ball.” Ranked by 247Sports Composite as the No. 40 overall prospect in the class of 2024, Gilkes has already taken unofficial visits to LSU, Indiana, Vanderbilt, Georgia Tech and Georgia State. He broke down each school: LSU: “It’s a good program. They’ve had good players come out of there – Ben Simmons and a lot of other good players, good point guards too. They’re a really good school and I like the coaches there.” Indiana: “They’re good. I feel like all the schools I went to were good. They had a good experience there and showed me a lot. I also got to meet some of the players there. It was good, it was fun.” Vanderbilt: “Vanderbilt is a good school. I ended up going there for a camp. I got to speak to the head coach and assistant coaches. They’re a really good program. I like the coaching staff. They’re really cool and they were nice to me.” Georgia Tech: “It’s a good school. The assistant coach has come to a couple of my AAU games over the summer. I like the coach. He’s a nice guy. They keep in contact with me and check in on me here and there. I like the program.” Georgia State: “They talk to me here and there when they have a chance to. It’s a new coach, so right now they haven’t really been in contact like they were before.” As far as a college destination, Gilkes said he’s looking for a school to help him develop into the point guard position. “That’s what I want to be. That’s the type of player I want to be and I want a school that’s going to develop me in that position,” he said. “I want a school that best fits me and my family.” Follow Jacob Polacheck on Twitter Follow Adam Zagoria on Twitter Follow ZAGSBLOGHoops on Instagram And Like ZAGS on Facebook