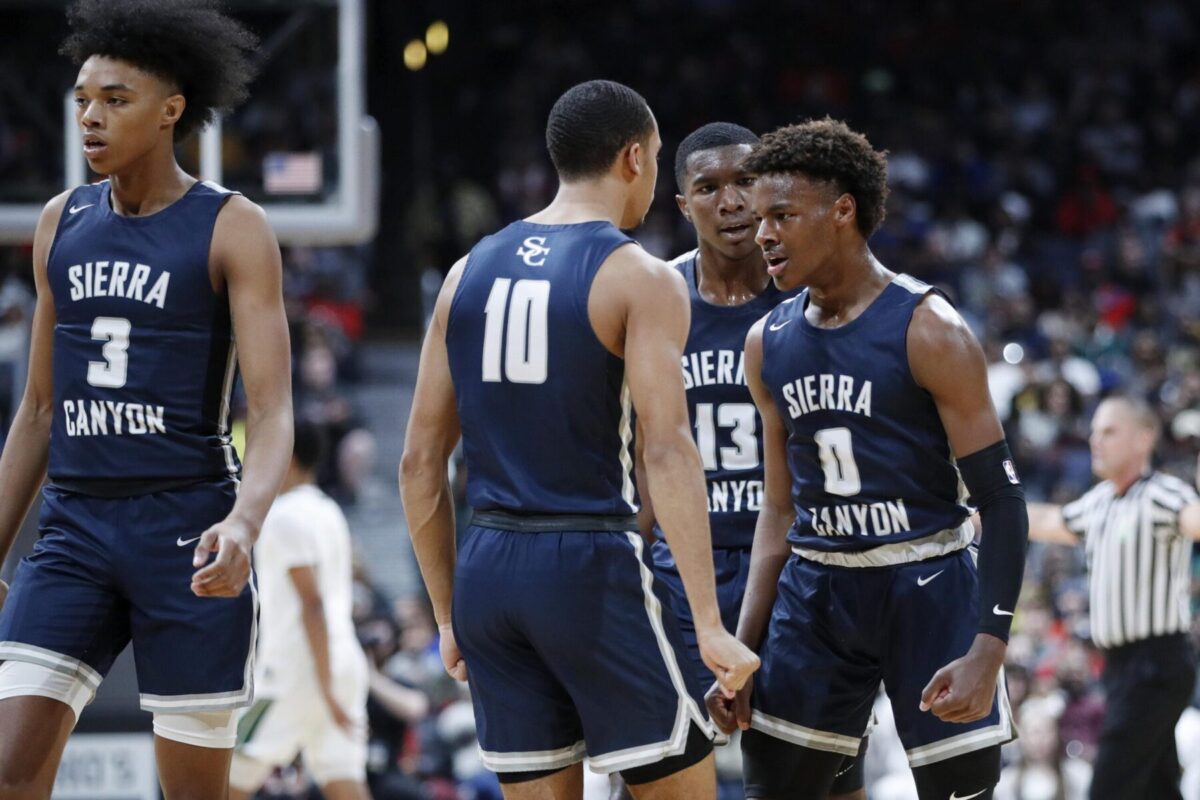 By ADAM ZAGORIA Bronny James is coming to The Big Apple. The 6-foot-3 guard and eldest son of LeBron James will headline “Battle in the Apple” the weekend of May 20. James will be playing with his Strive for Greatness Nike EYBL team alongside several other teams, including the NY Rens, New Heights, the Gauchos and the Wiz Kids. The event will take place at two locations — Monsignor McClancy High and St.John’s Prep — both in Queens. “I never had an opportunity to play or coach in New York so just to see the opportunity and all the hoopla that comes in that environment in New York, I’m definitely looking forward to that,” said Ed Estevan, the Strive for Greatness U17 coach.

Bronny James will headline ⁦@TheBattleUS⁩ this weekend in NYC and it sounds like LeBron could make an appearance pic.twitter.com/E4Jklc7ews

The event will feature many top names in grassroots basketball, including Class of 2023 North Carolina pledge Simeon Wilcher of the Rens and Roselle Catholic; Naas Cunningham, the No. 1 recruit in the Class of 2024 who recently announced he will play for Overtime Elite starting next season; and Class of 2024 stars Ian Jackson (Wiz Kids/ Cardinal Hayes) and Boogie Fland (PSA Cardinals/Archbishop Stepinac). As for Bronny, LeBron announced in February: “My last year will be played with my son. Wherever Bronny is at, that’s where I’ll be. I would do whatever it takes to play with my son for one year. It’s not about the money at that point.” Bronny is a 6-foot-3 junior guard at Sierra Canyon outside Los Angeles. He turns 19 in 2023 but would not be eligible for the NBA Draft until 2024 under current rules. One mock draft currently has him as a late first-round pick. The NBA would need to abandon its current one-and-done rule and allow players to go straight from the preps to the pros by 2023 in order for Bronny to enter the draft that year. LeBron went straight from high school to the NBA in 2003 and was the No. 1 overall pick of the Cleveland Cavaliers. LeBron, 37, has one more year on his contract with the Lakers at $44.5 million in 2022-23 and would then be a free agent. He would have one year to play with a team before somebody could draft Bronny. LeBron will turn 40 during the 2024-25 season, his record-tying 22nd in the NBA. “Bronny’s just focused on just being a kid, man,” Estevan said. “Just being day by day. He’s focused on just playing those games in New York, getting better, enjoying his time, having fun with his teammates and that’s it. He’s not really focusing on anything like that.” “He’s still got this AAU season and his senior year of basketball coming up, so I don’t think he’s thinking that far ahead,” Estevan added. After New York, Strive for Greatness will compete in the third and fourth Nike EYBL stops in Louisville and Kansas City, as well as an event in Ohio. “The goal is to make Peach Jam,” said Estevan of the prestigious event set for July 17-24 in North Augusta, S.C.. After that they will travel to the Las Vegas Bigtime event. As for Bronny’s upside, Estevan said, “Bronny can be one of the best players in the country in his class. His potential, his talent, his IQ, his feel for the game is through the roof. His upbringing from his father and his family, being around basketball his whole life and having the right people around him training and coaching him, the sky’s the limit for his future.” Follow Adam Zagoria on Twitter Follow ZAGSBLOGHoops on Instagram And Like ZAGS on Facebook