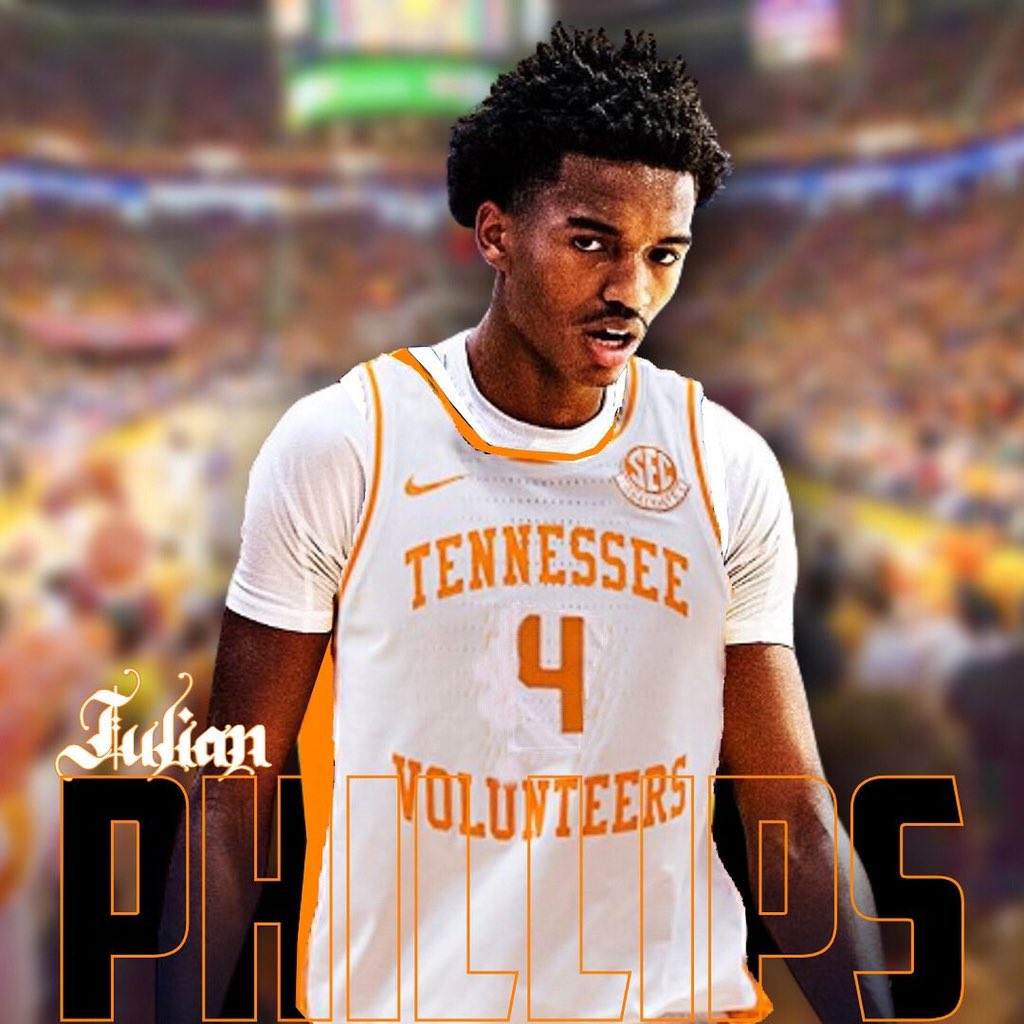 By ADAM ZAGORIA Julian Phillips, the 6-foot-8 five-star power forward from Link Academy (MO), is headed to Tennessee. The former LSU pledge is ranked the No. 3 power forward and the No. 18 overall player in the Class of 2022 by 247Sports.com. He also considered Auburn, Florida State, South Carolina, Southern Cal, G League Ignite and Overtime Elite, but ultimately chose the Vols and head coach Rick Barnes. “Rick Barnes has a history with great wings,” Phillips said during his decision on CBS Sports HQ. “Coach Barnes is a great coach overall. I have a great relationship with him, and he talks to me about lots of things, basketball and non-basketball related.” He initially committed to LSU in October, and then changed course when Will Wade was fired in March. “For us, [Phillips] is starting for us at the two so he’s a 6-8 two guard,” Link Year Prep coach Rodney Perry said by phone. “He’s really a big guard that can handle it, shoot it, pass it, he’s long, athletic and can defend and rebound.” Perry said Phillips reminds him of a young Tracy McGrady or Trevor Ariza, while Phillips compared himself to Jayson Tatum and Paul George. “He’s a type of player that can really do a lot of things and has the size and athleticism to make plays on both ends of the floor,” Perry said. Asked if he’s a one-and-done type talent, Perry said, “Without a doubt.” Follow Adam Zagoria on Twitter Follow ZAGSBLOGHoops on Instagram And Like ZAGS on Facebook